There is a message behind this concept: Peace, Love, Truth, Wisdom and Universality.
The artist known as Cryptik doesn’t want you to focus on the idea of the cult of personality, rather the message that we are all a united people, a collective consciousness of peoples moving in similar paths intertwined for purpose.
His artwork tells a narrative of following the greater mysteries of the world that can unfold before your very eyes if you pay close enough attention.

Cryptik uses universal symbols and themes in his work such as: Ganesha, the Bodhisattva, Gandhi and circular patterns with lettering and characters to represent infinity and the cycle of life.
The lettering and calligraphy references ancient scripts such as Sanskrit, Arabic and Hindu – the language of the Gods, although it is stylized English, but it evokes the written word as sacred and often reads as a healing mantra, quotes, Buddhist chants and spiritual teachings.

He draws on imagery that is universal so that it is immediately recognizable and observed as soothing.
His work inspires calmness, beauty and a high emphasis on archaic mythology, perhaps the most poetic of artists working today.
He leans towards Eastern philosophy, the sacred, the occult and esoteric knowledge, to tell a story and strike a balance amongst what is observable.
But at the end of the day, the idea is to create dialogue and inspire curiosity, because he will tell you himself, he has more questions than answers. 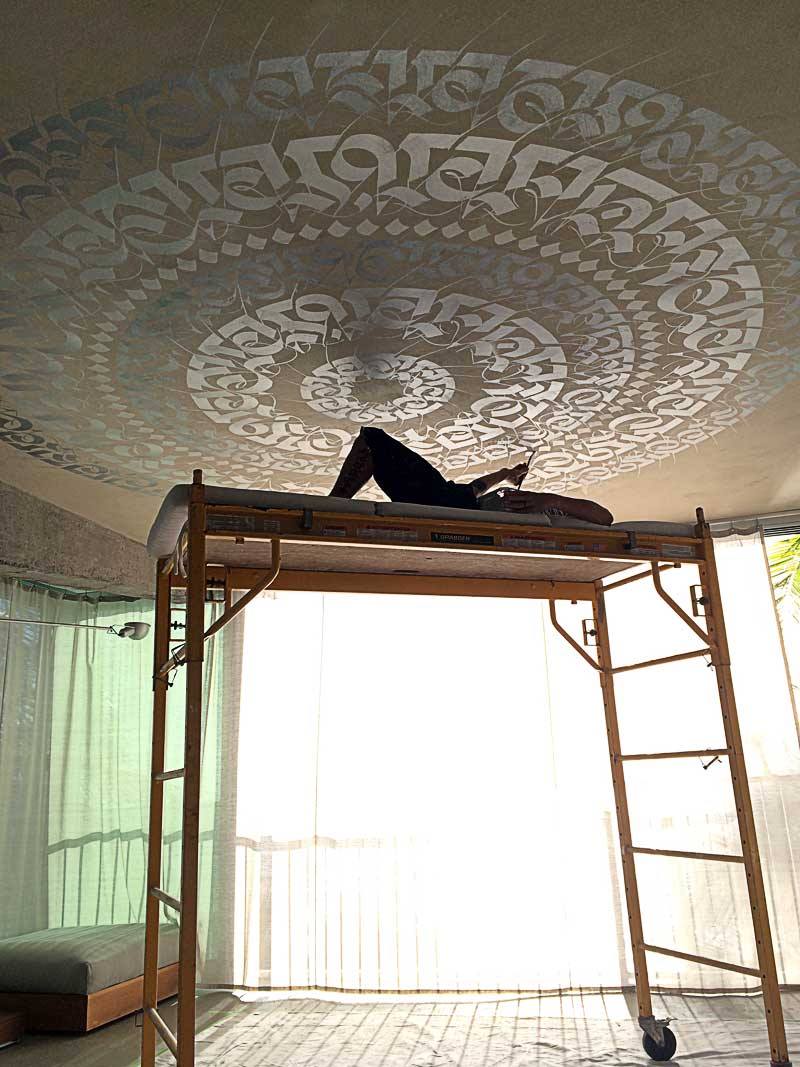 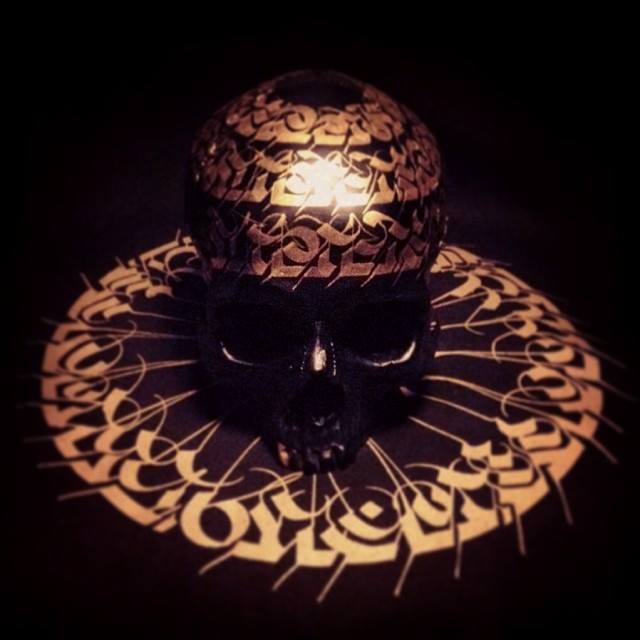 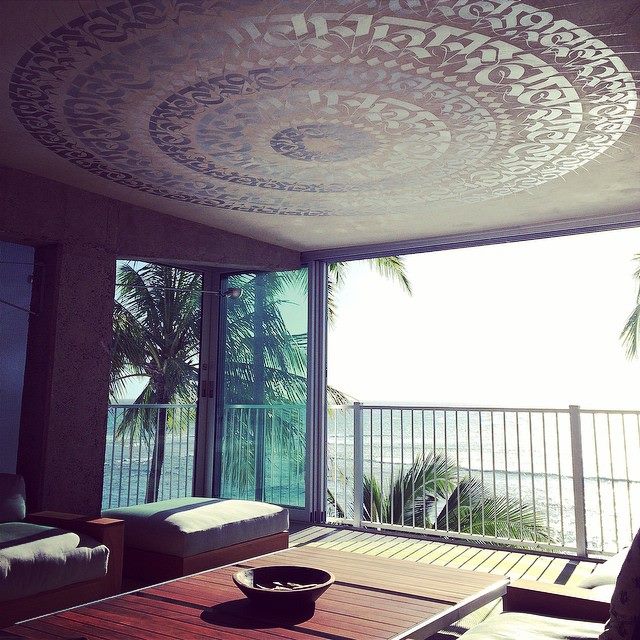 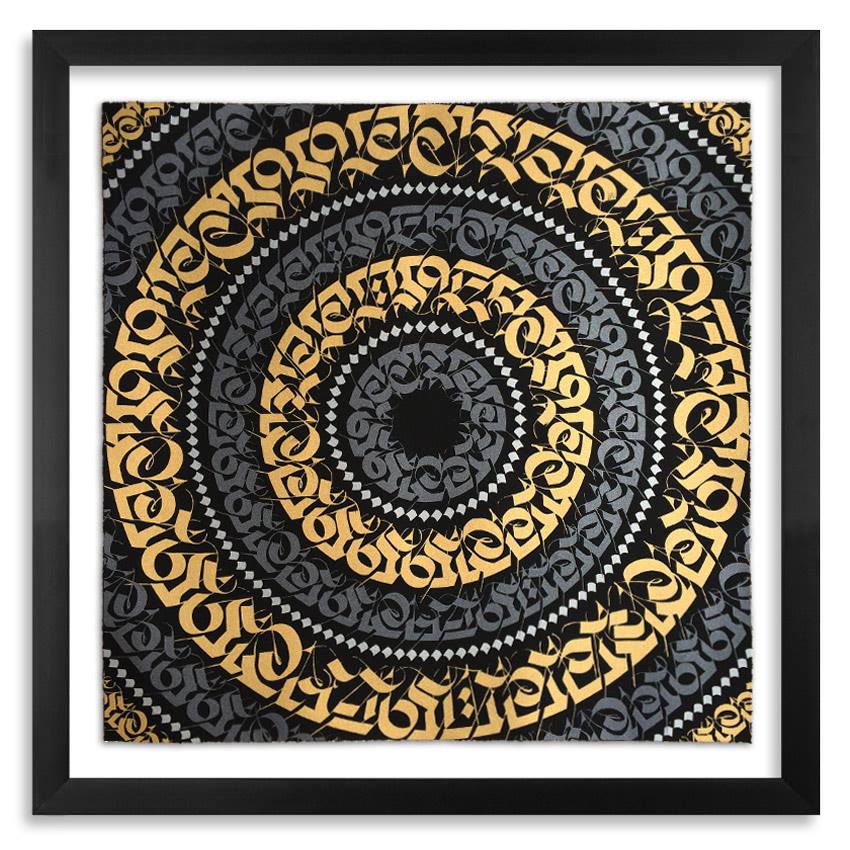 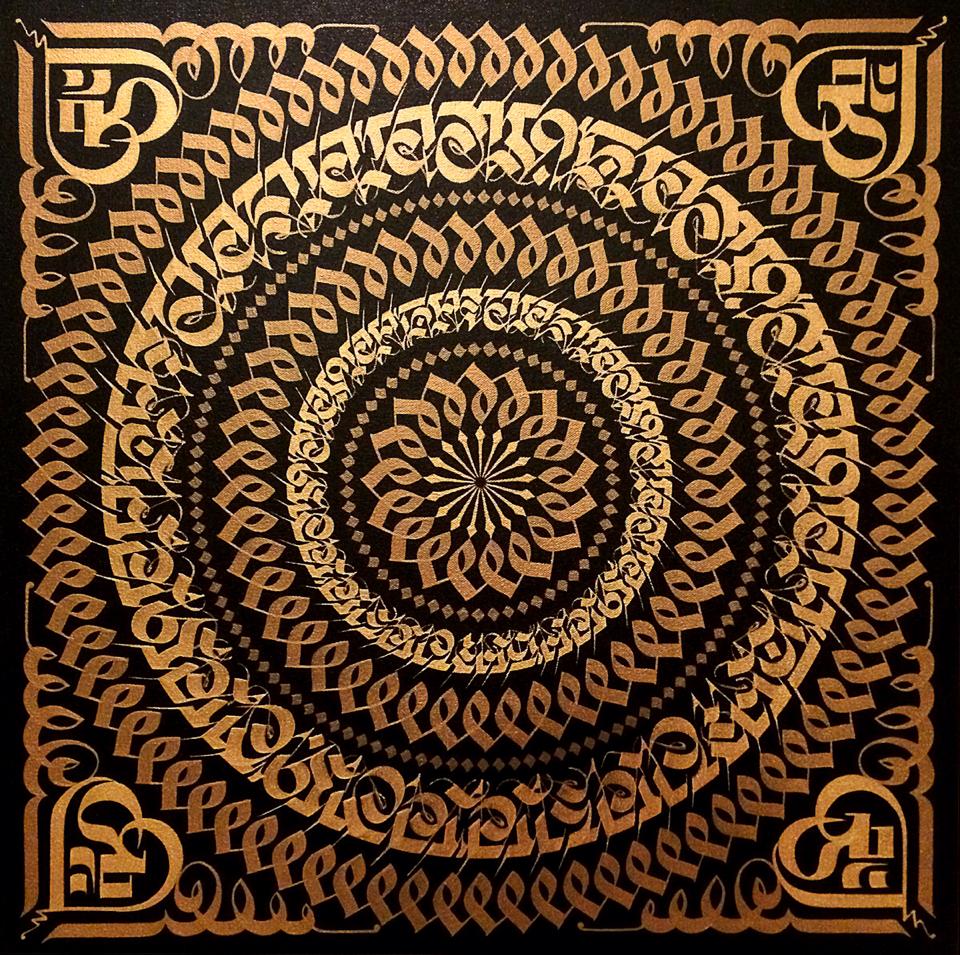 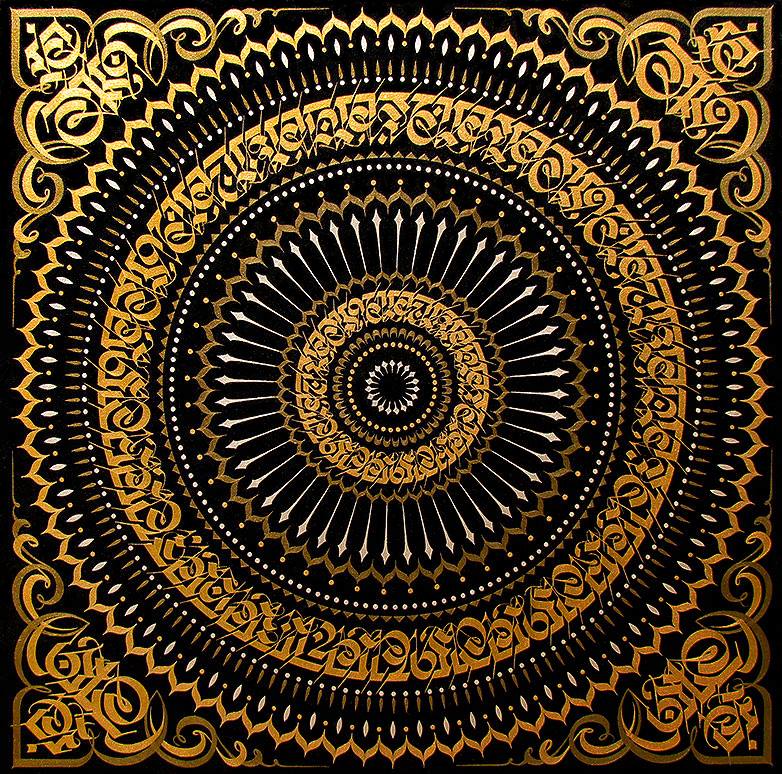 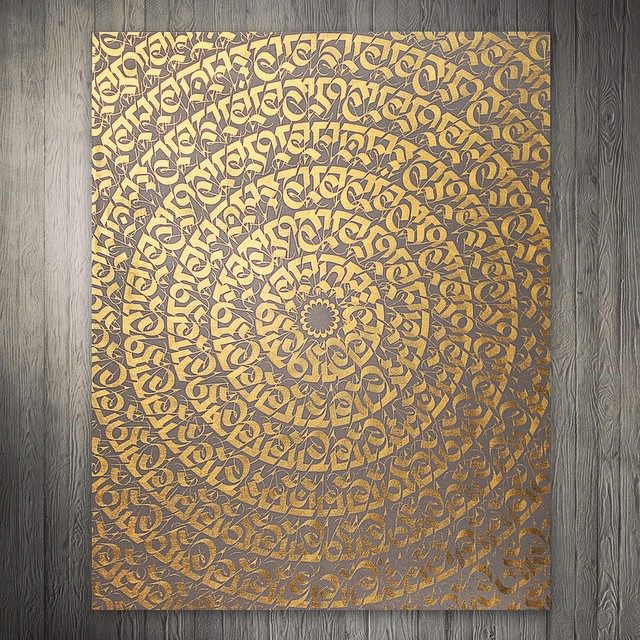 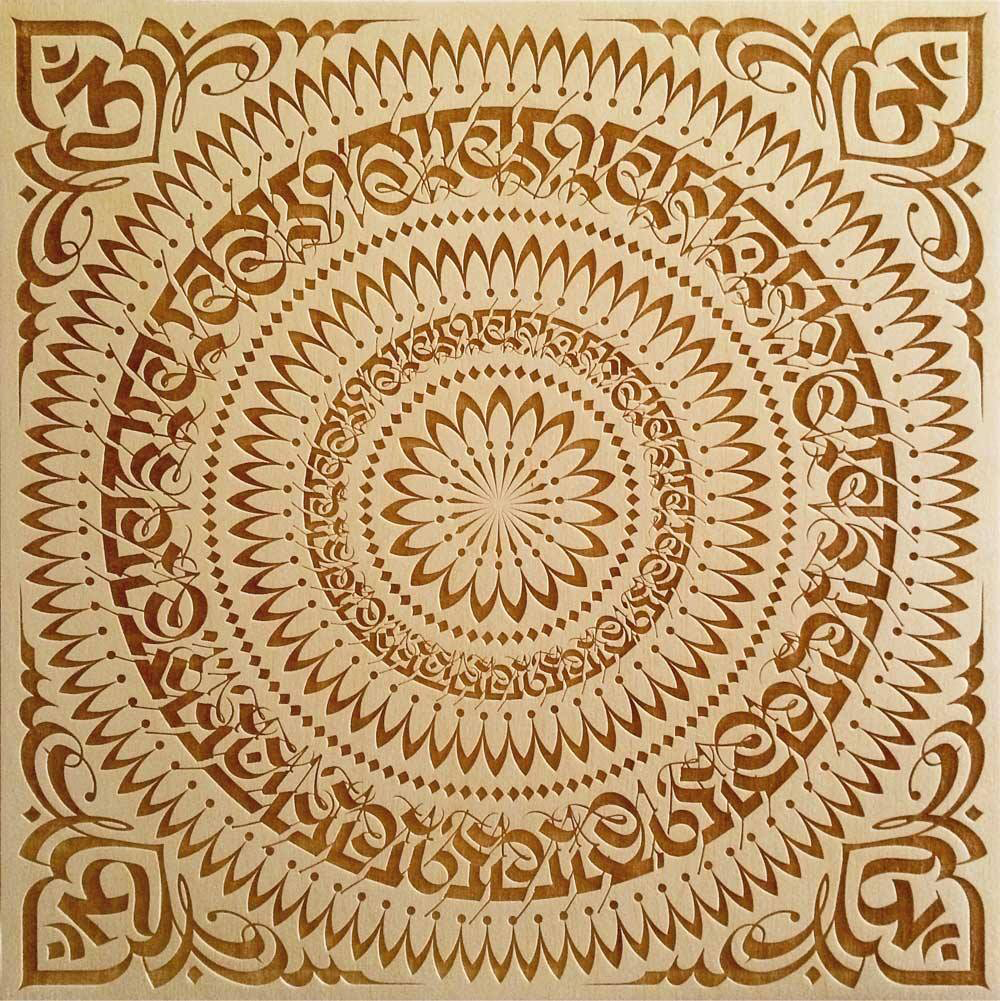 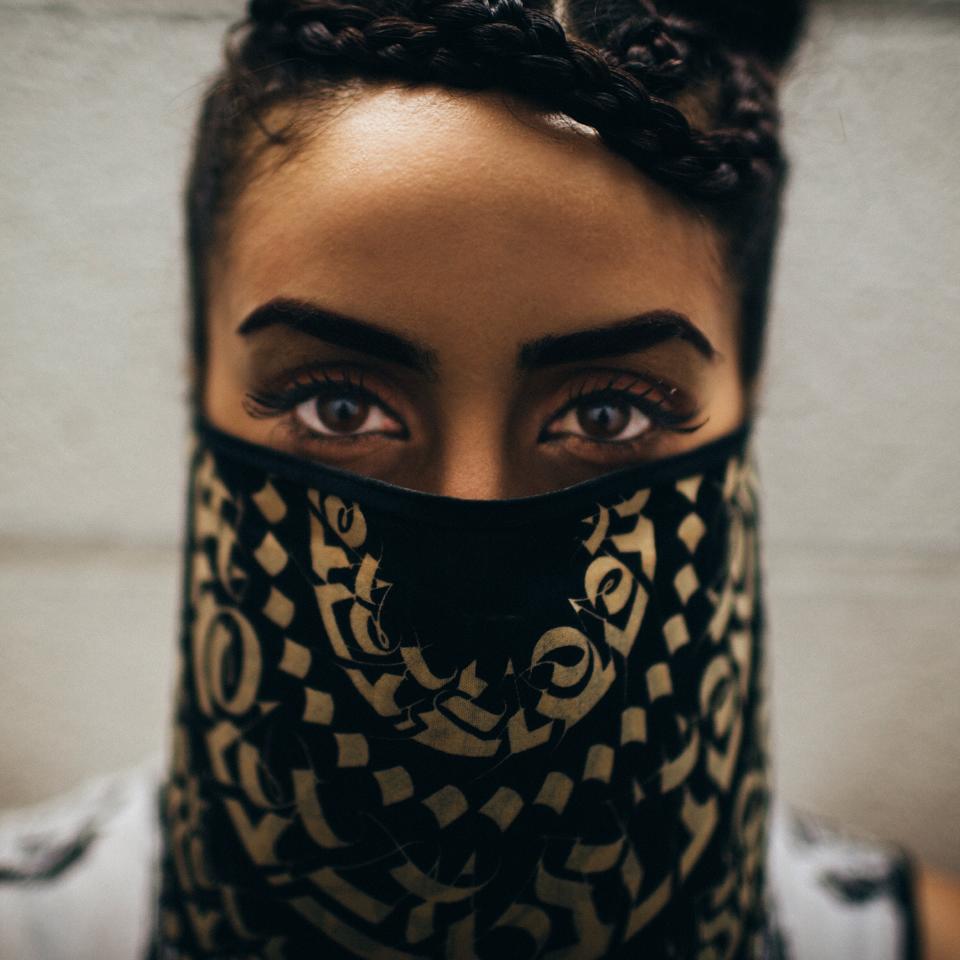 The Cryptik Movement is a public art campaign dedicated to helping humanity evolve towards greater awareness and understanding through the use of compelling, iconic imagery that demands both scrutiny and reverie. The purpose of this organization is to facilitate the development of a deeper, more meaningful philosophy of life.
“Our main objective is to challenge people to think of other possibilities and to see a different reality; one that encompasses many ideologies, philosophies, and belief systems in order to help us better understand our place in the universe.”

The organization is entirely free of any religious or political agendas and, therefore, serves only to provoke wonder and inspire thought.
The goal of this organization is to serve as a catalyst for a change in consciousness on a global scale.
At this very critical juncture in human history, either we evolve or perish. Join the Movement! The “Great Awakening” is upon us.