A master of color and geometric composition, Andy Gilmore’s work is often characterized as kaleidoscopic and hypnotic, though it could just as well be described as visually acoustic, his often complex arrangements referencing the scales and melodies in music.
Gilmore’s journey toward this masterful style followed a long and winding road. He characterizes his pursuit of education as a tangled web, noting the bookstores, bakeries, and theaters where he worked were of more importance than the schools he attended in pursuit of his BFA, which he received from SUNY Empire State College.

After finishing school, Gilmore relocated to San Clemente, California, where he took up work for FourStar Distribution, re-sizing print ads for C1RCA Footwear and Forum Snowboards. It would serve as his introduction to the computer and lay the foundation for a career in digital art and design.
Andy Gilmore’s extensive list of clients includes Wired Magazine, The New York Times, Fast Company, Wallpaper*, Warp Records, and yes, Ghostly International. He currently lives and works in Rochester, New York. 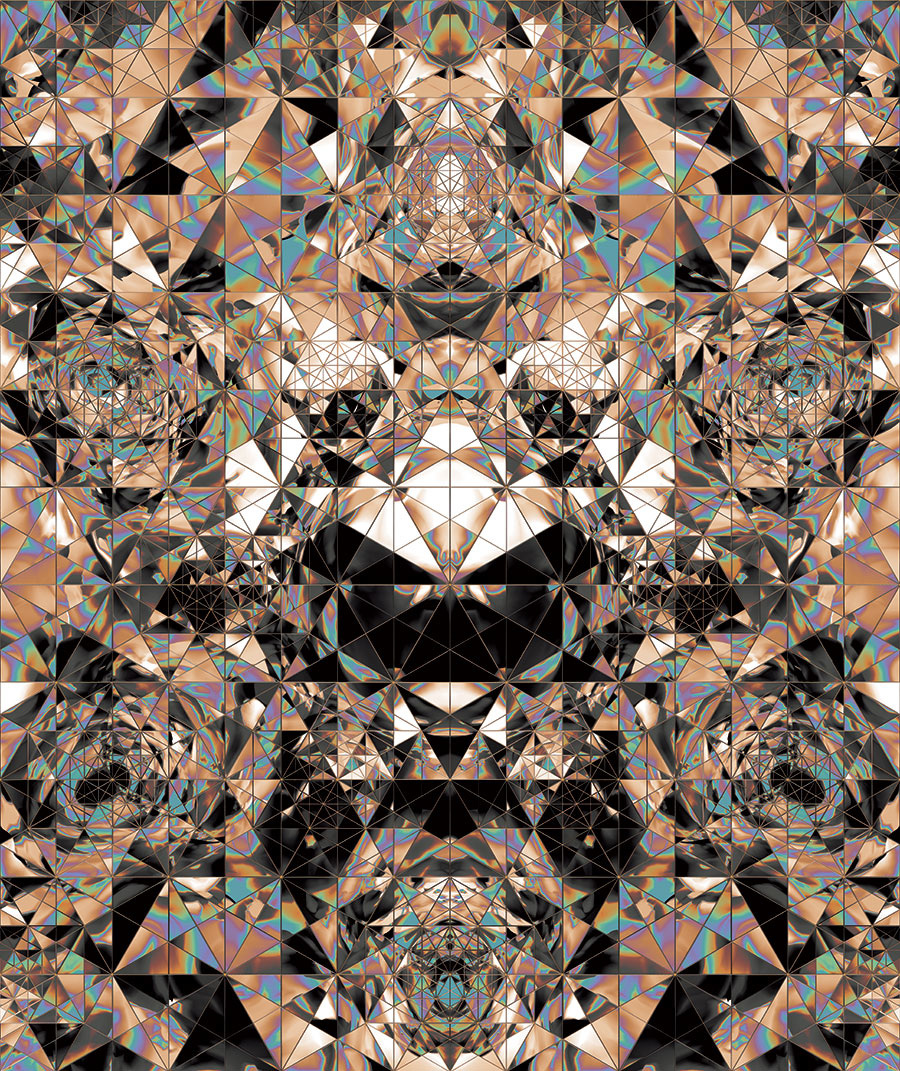 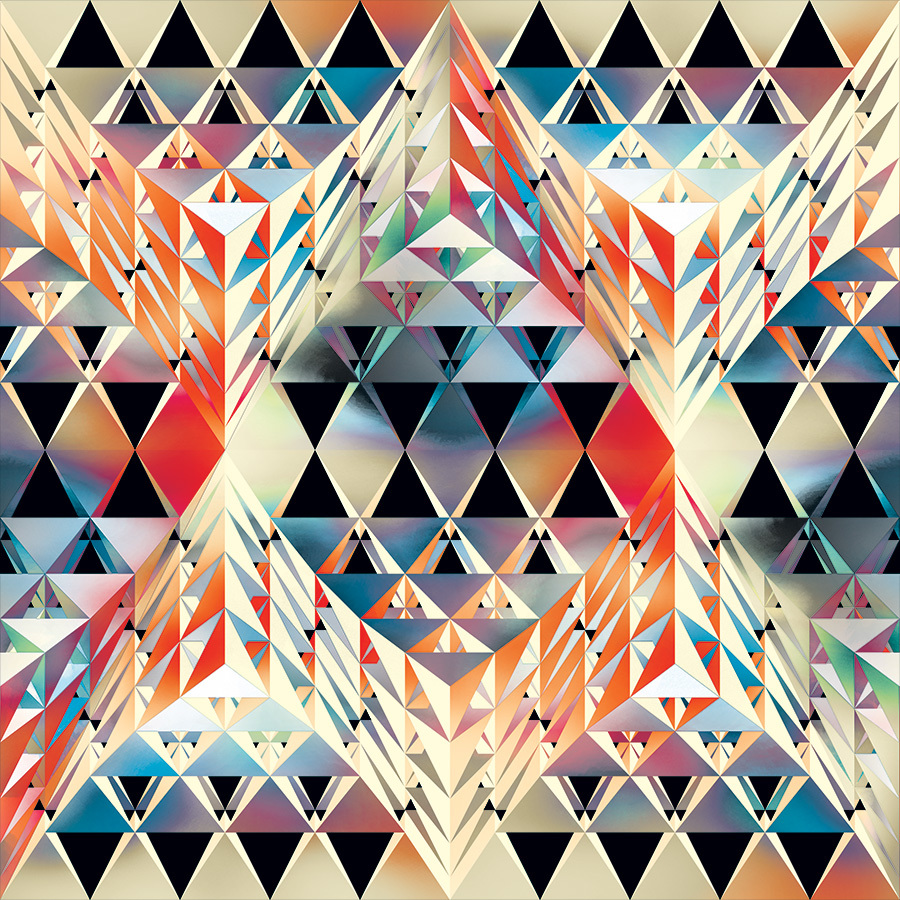 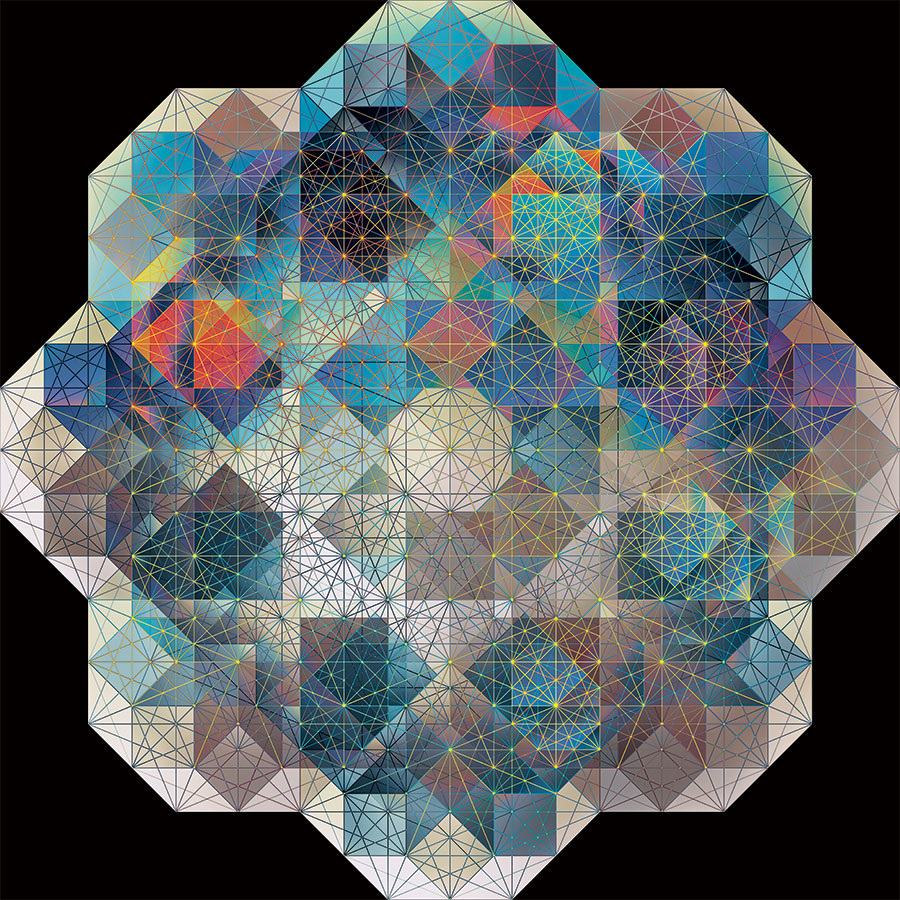 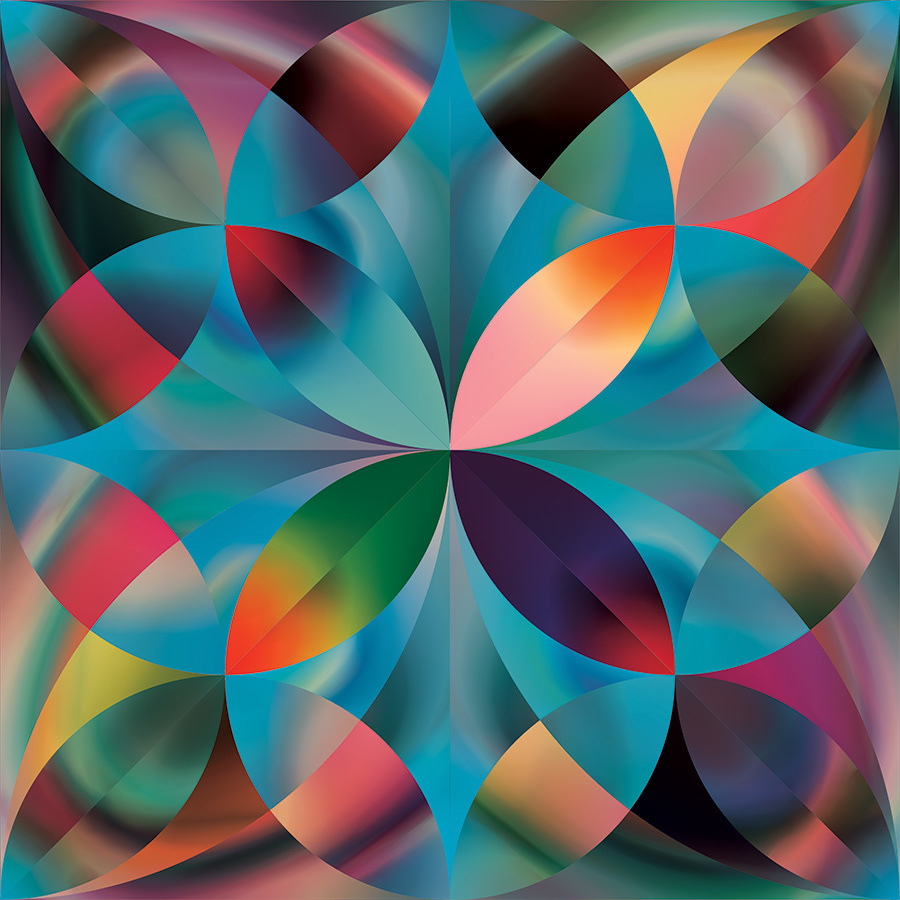 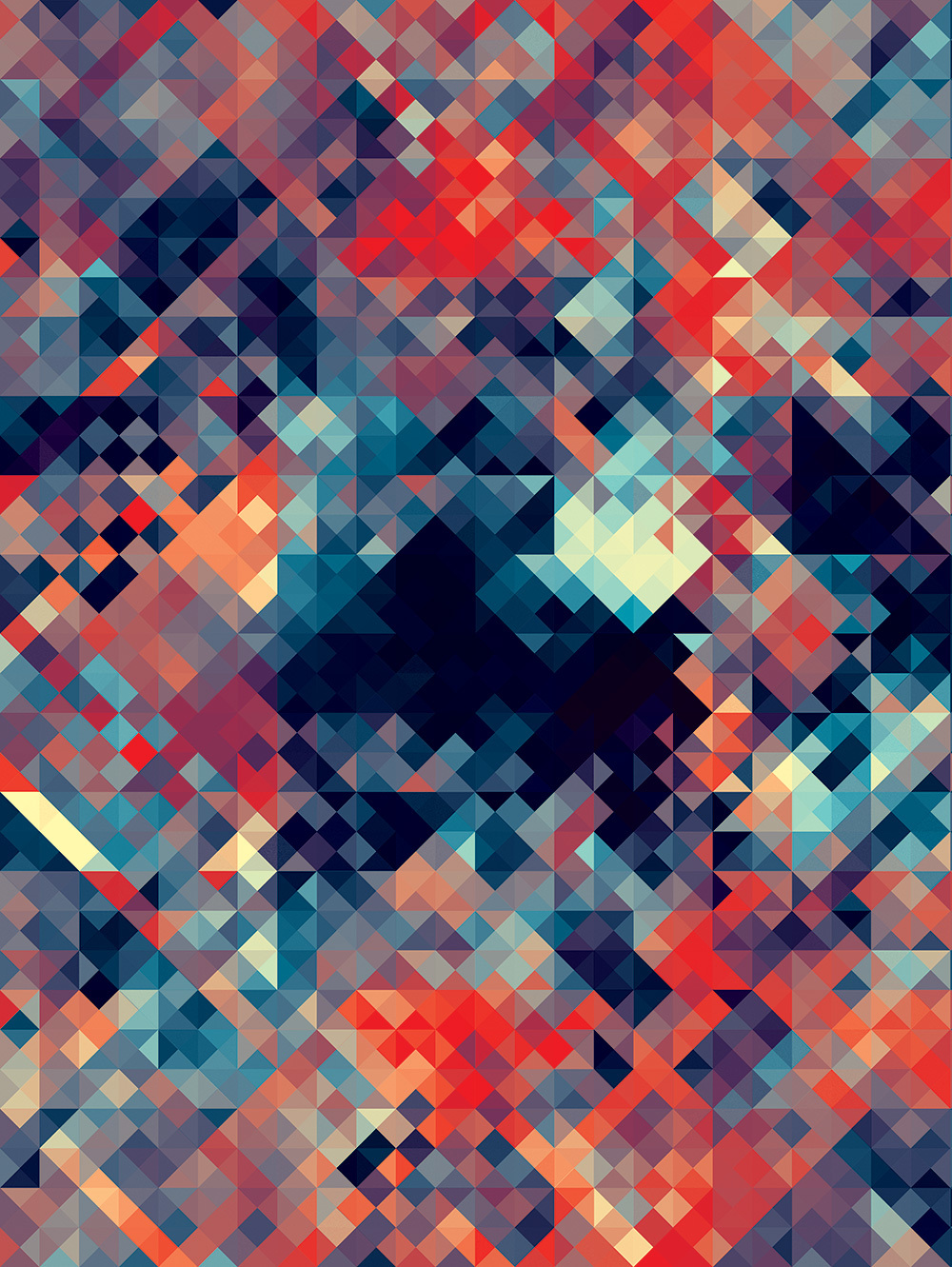 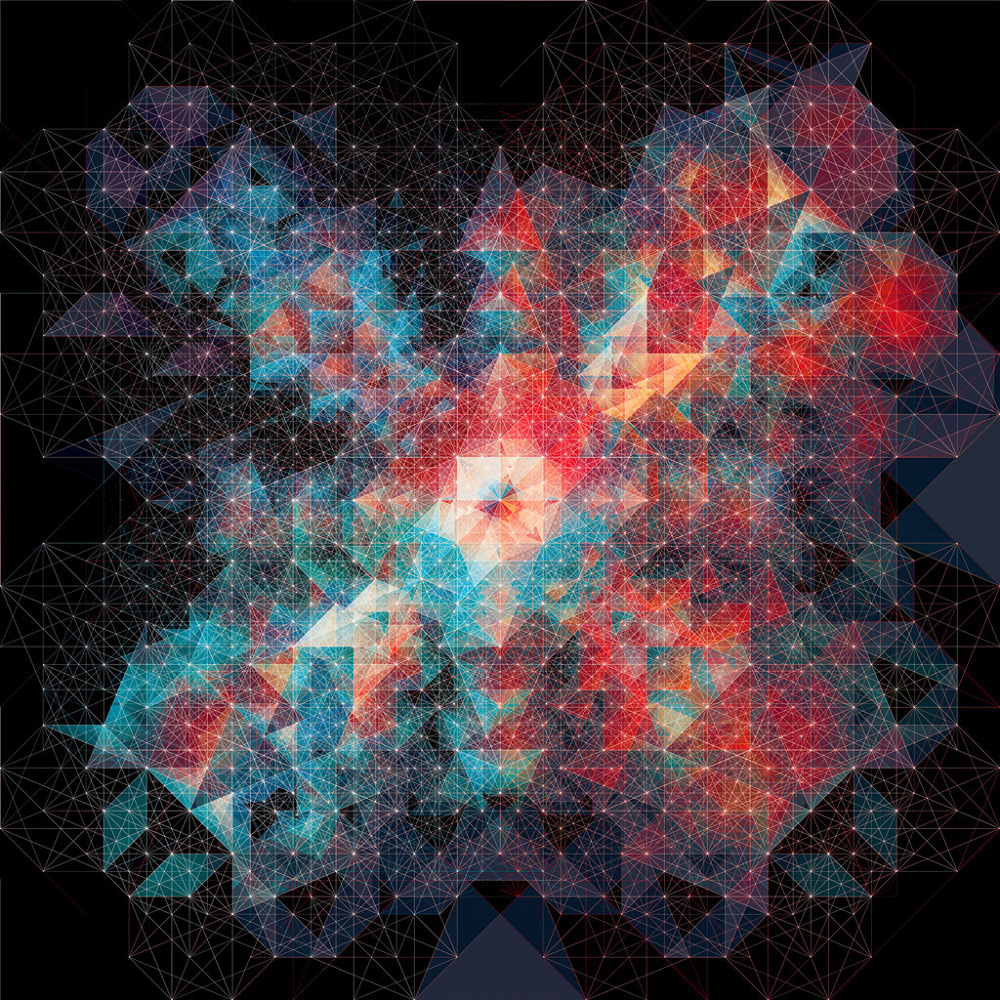 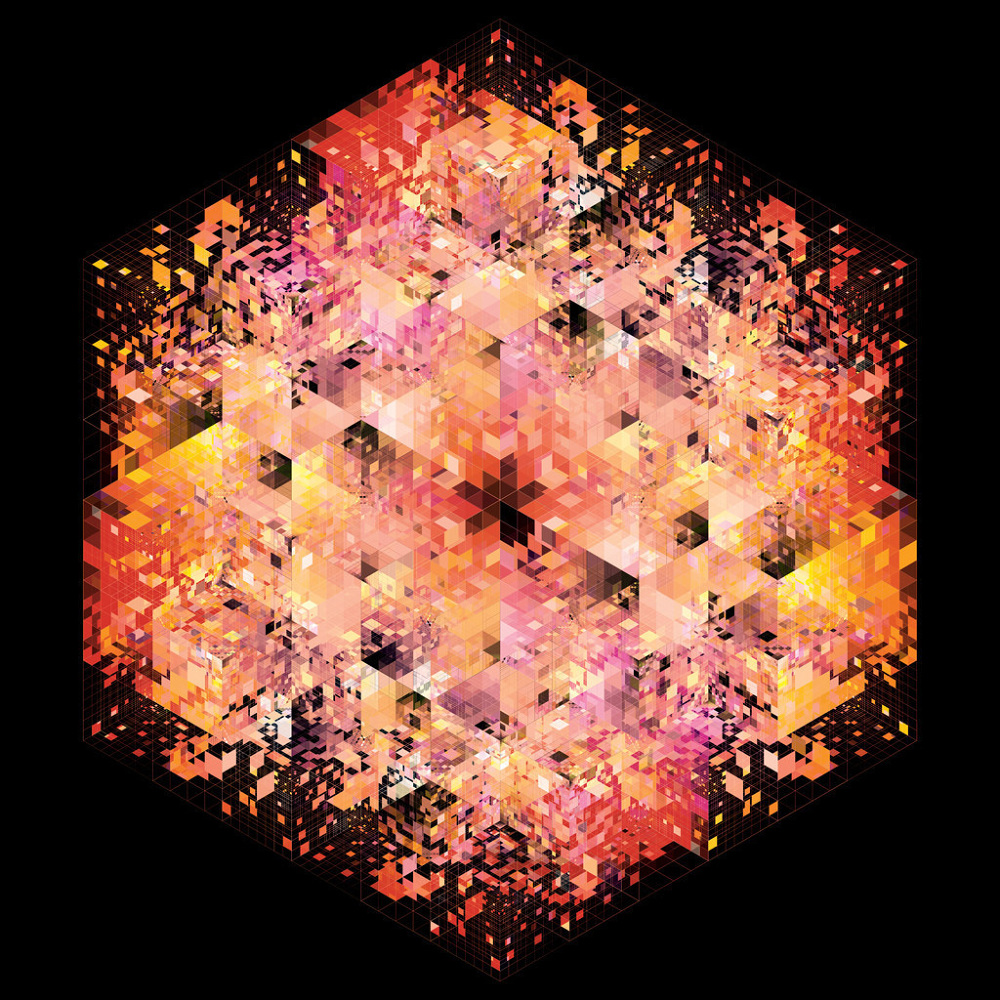 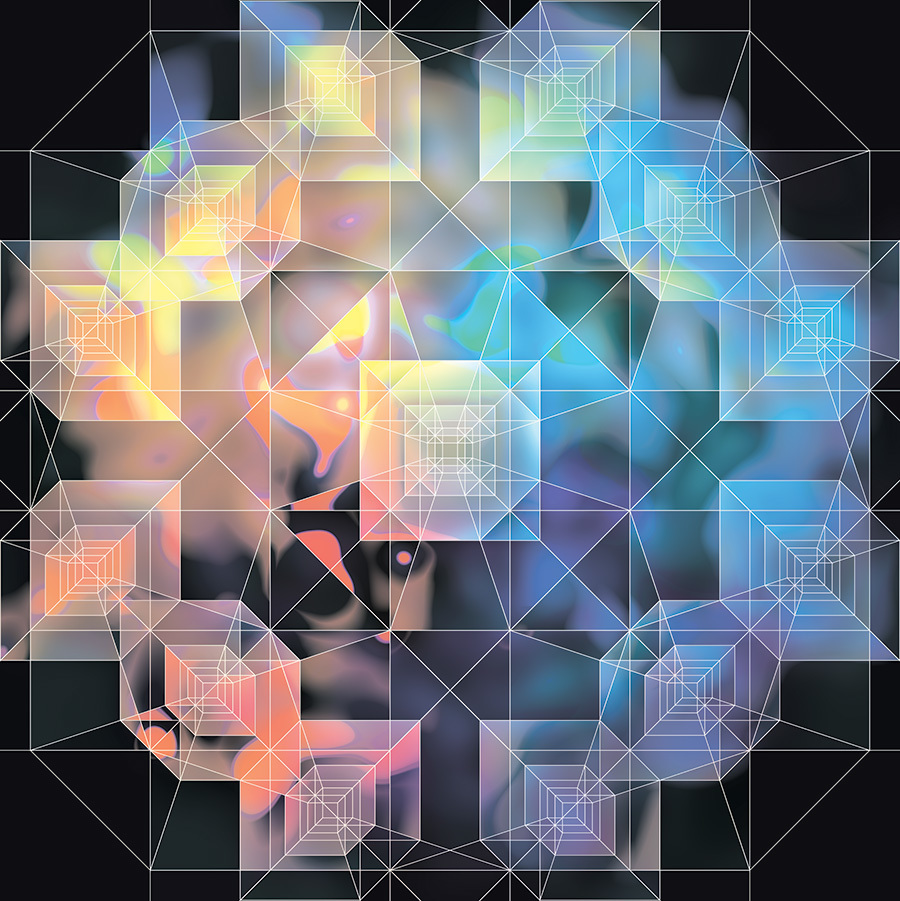 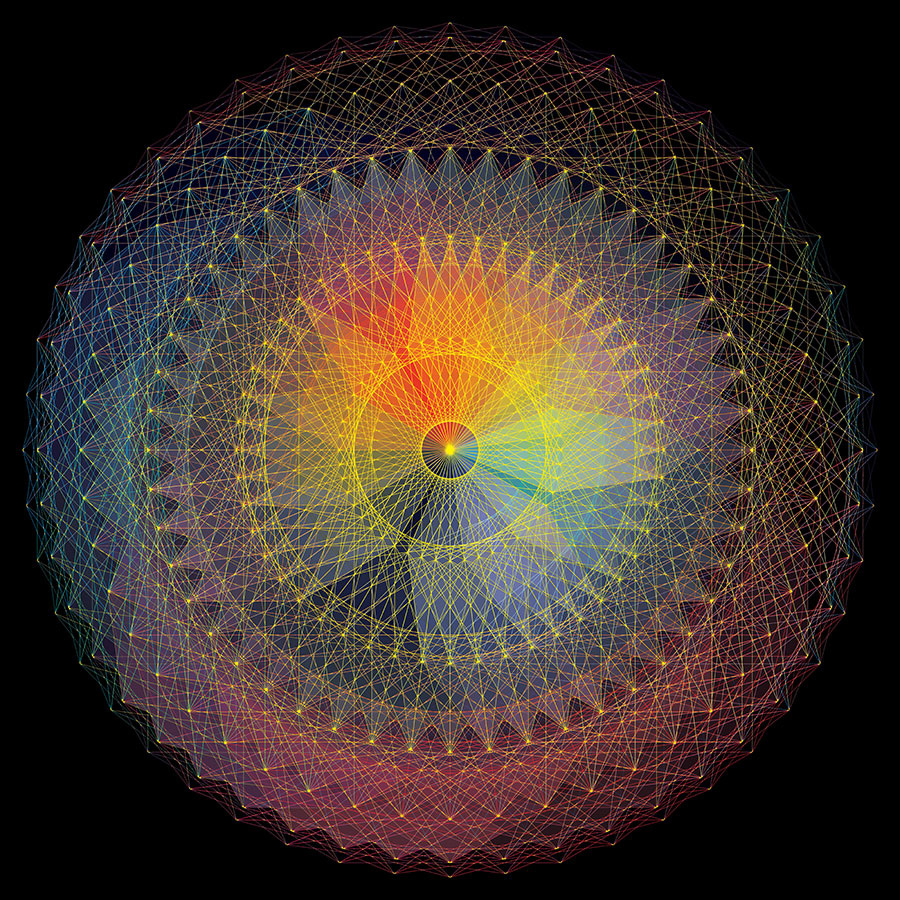 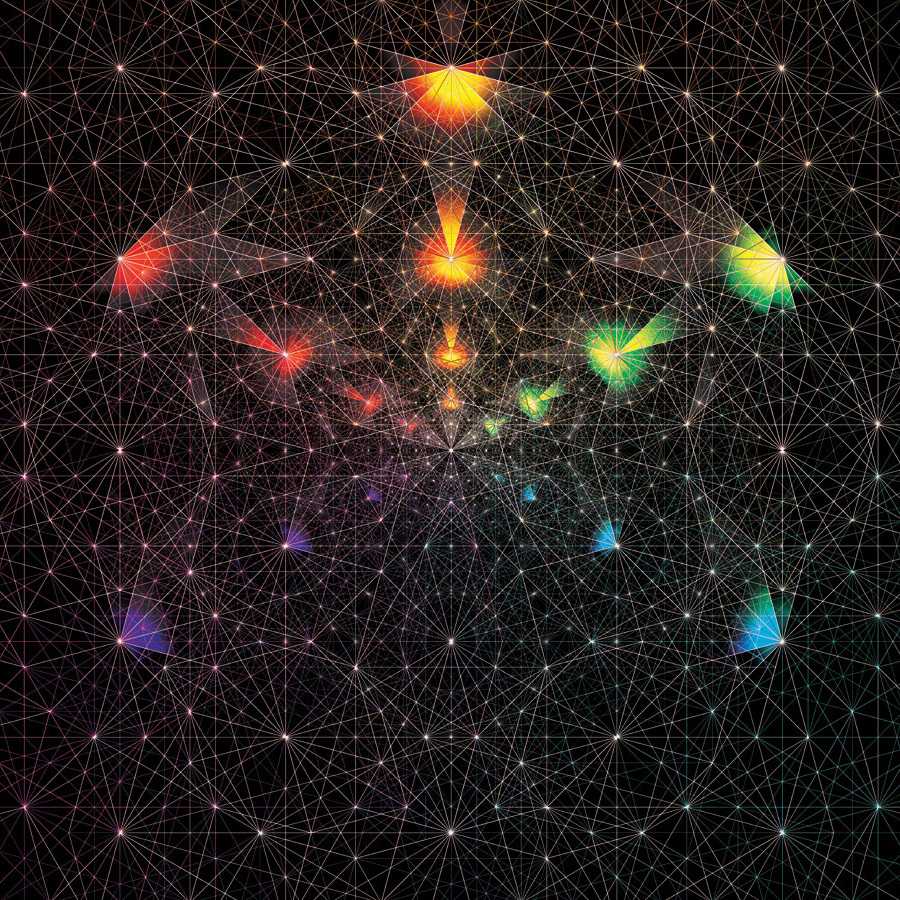 Stay up to date