What makes Zimmermann special is his reticent, uncompromising passion in creating modern masterpieces that delight audiences both young and old.
His more traditional body of work centers around a singular focus, anthropomorphism.
The expressive protagonists in his portraits have the ability to transcend our stale notions of the human condition.
An illustrator by education, a painter by choice, Zimmermann, who signs his paintings with the acronym “GZ”, started exercising his artistic prowess within the Frankfurt street art scene in 1993 under the moniker “Alpha Joe”.
Zimmermann was able to hone his craft and participate in valuable collaborations that have propelled him to the forefront of the German street art scene.

The inspirations for Zimmermann’s epic works are mainly derived from his favorite Baroque painters, in particular Vermeer.
In addition to paying homage to his favorite painters, Zimmermann also lends his playful sense of humor to his derivative works. His solo show prominently showcased the strides he’s made in mixing two drastically different artistic mediums, oil and spray paints.
His latest works demonstrate that not only can two seemingly incompatible mediums actually compliment one another quite befittingly, but that new generations of residents can enjoy opulent museum quality art in unconventional settings as well. 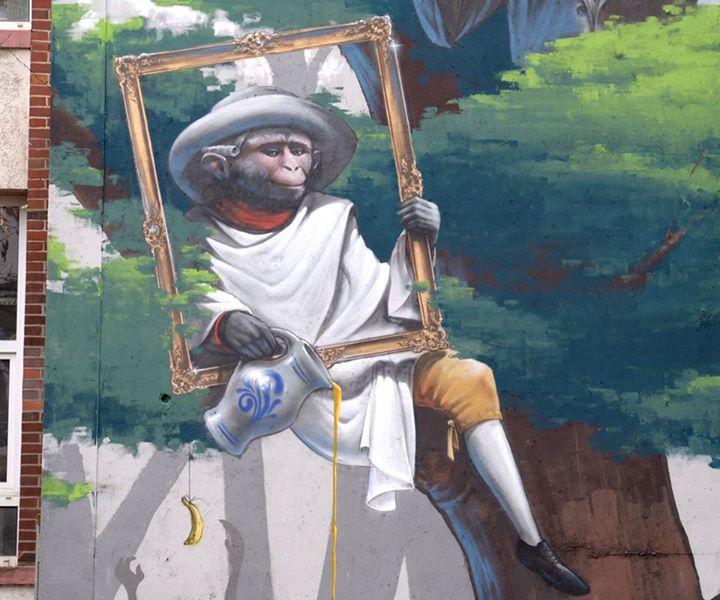 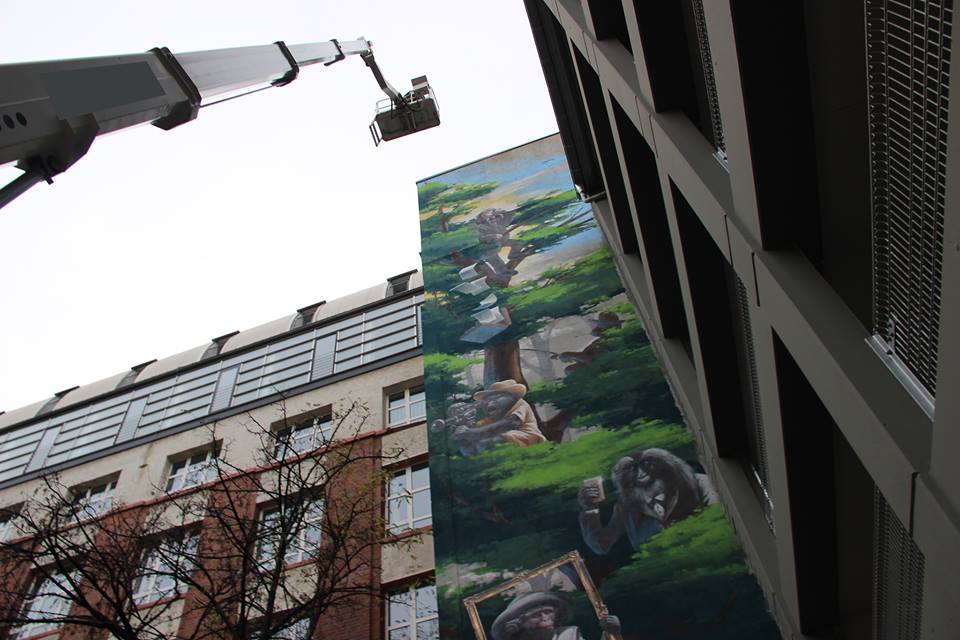 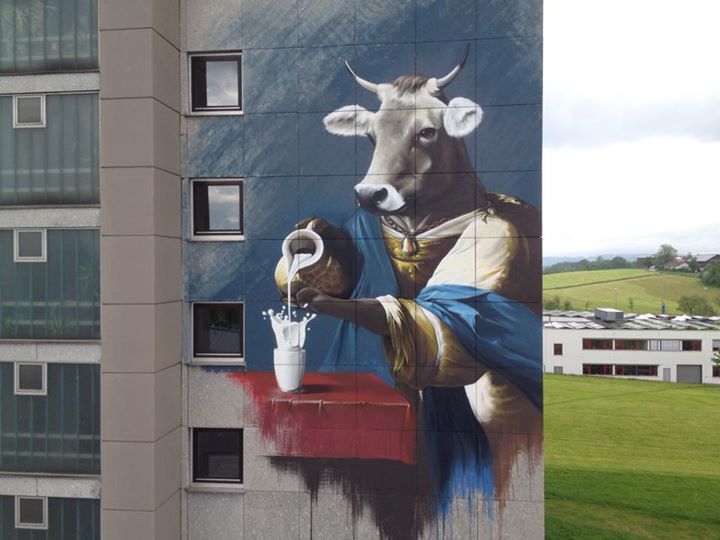 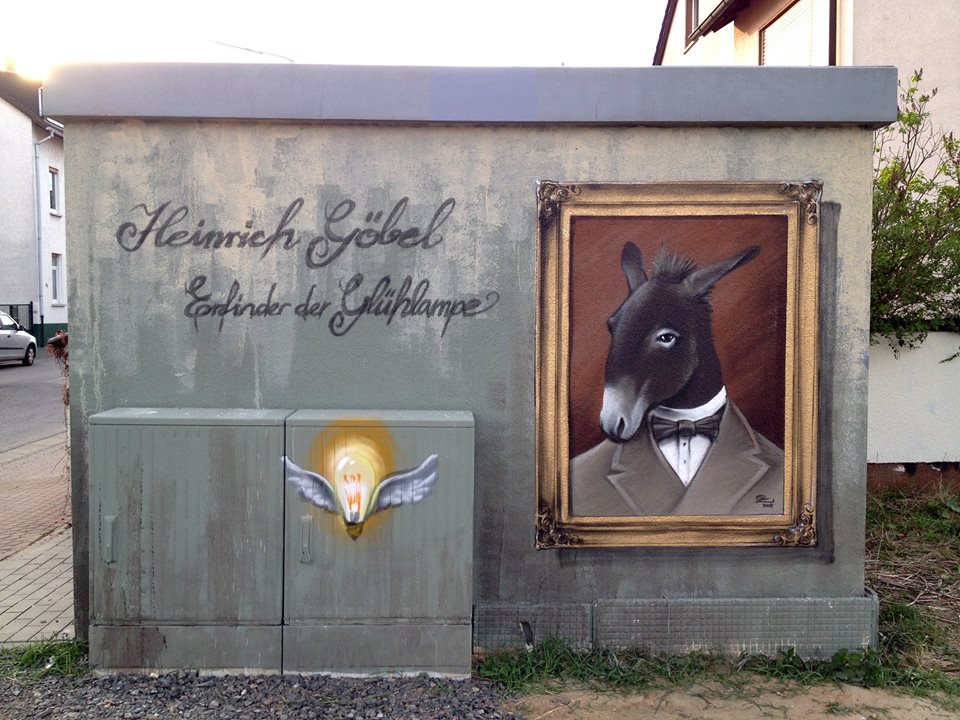 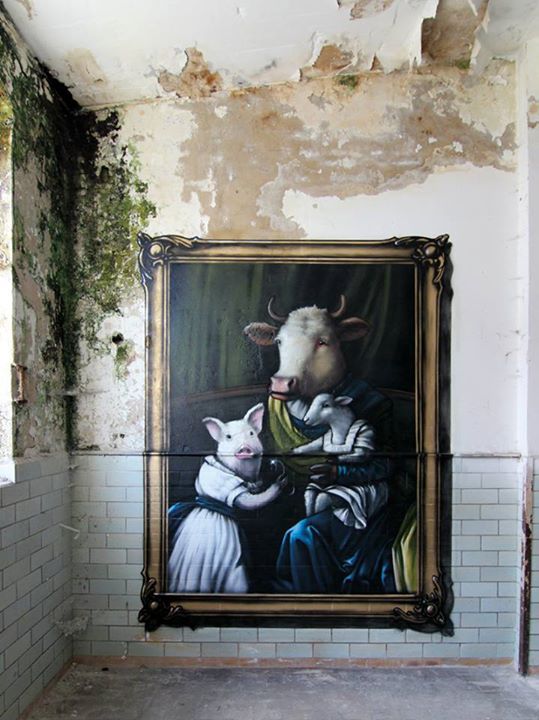 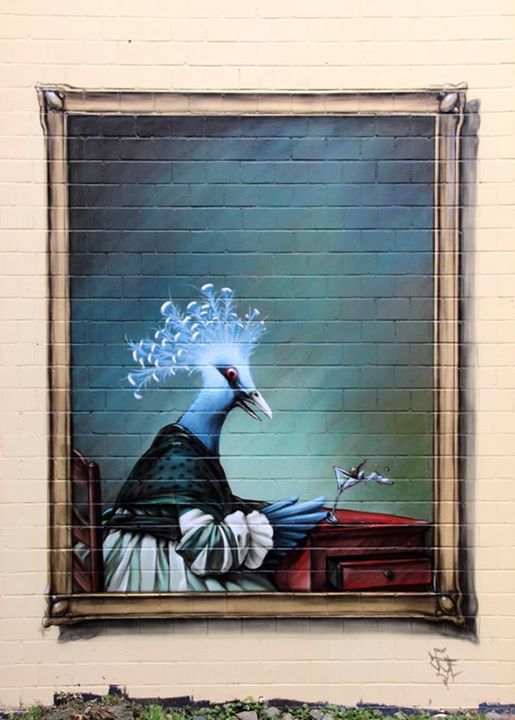 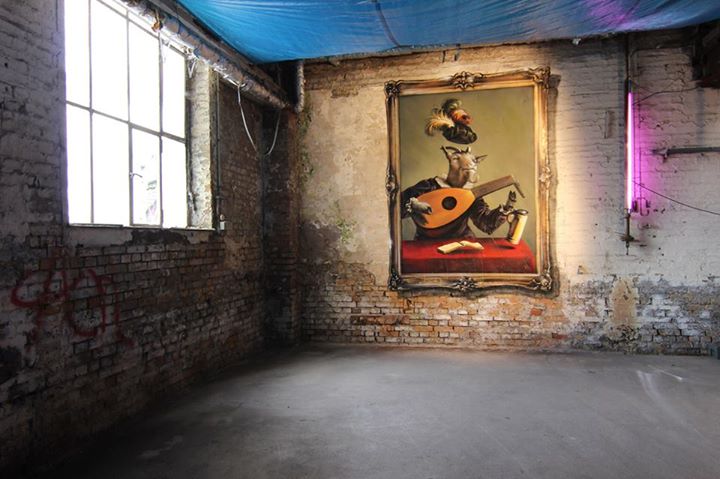 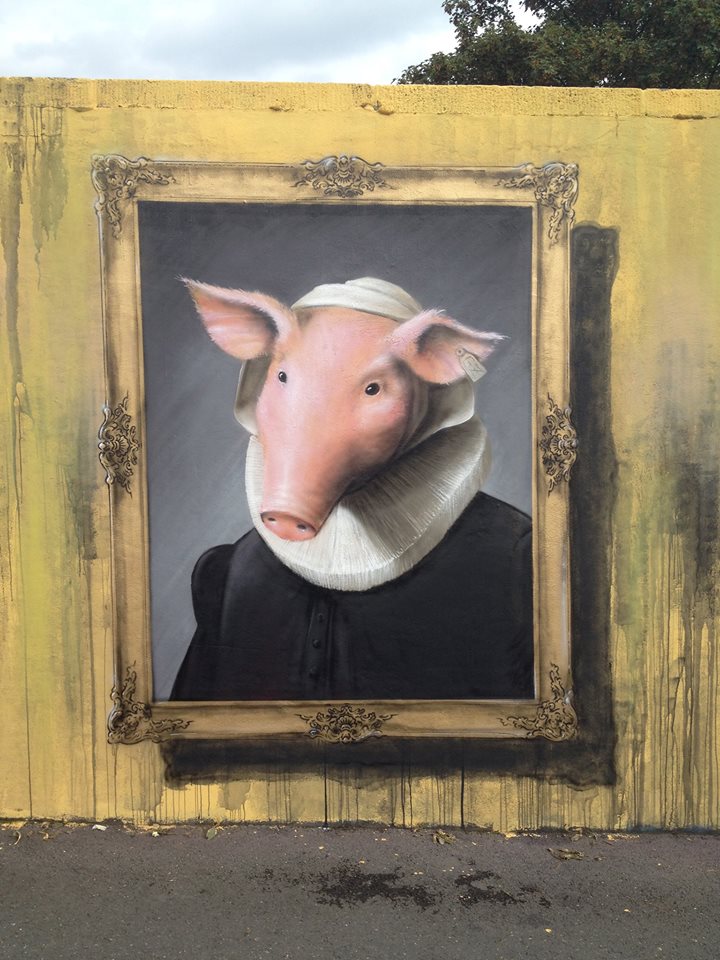 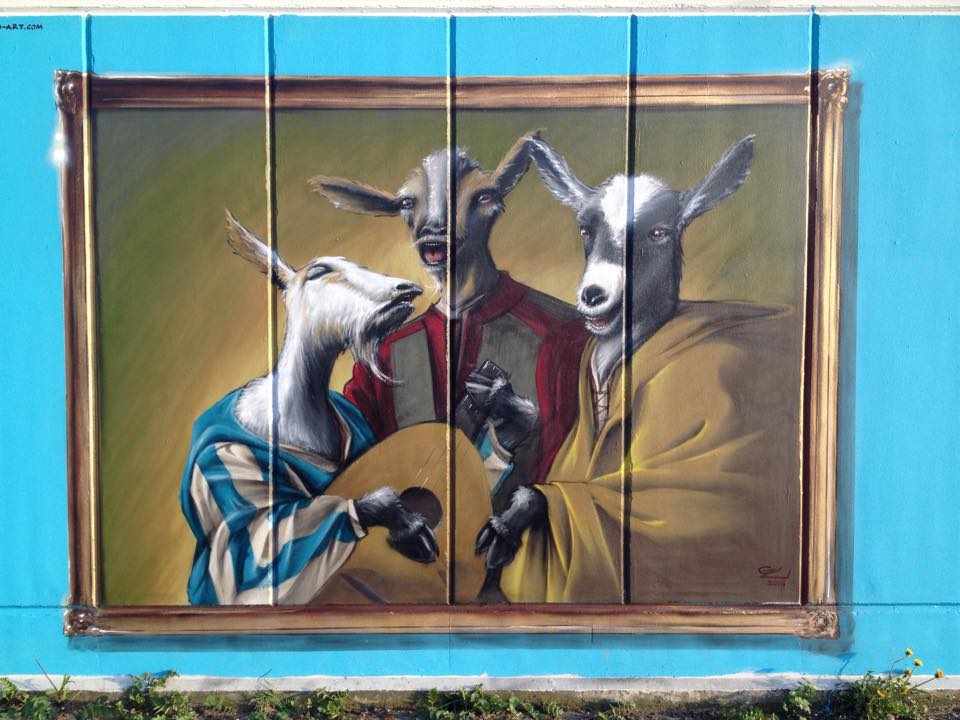 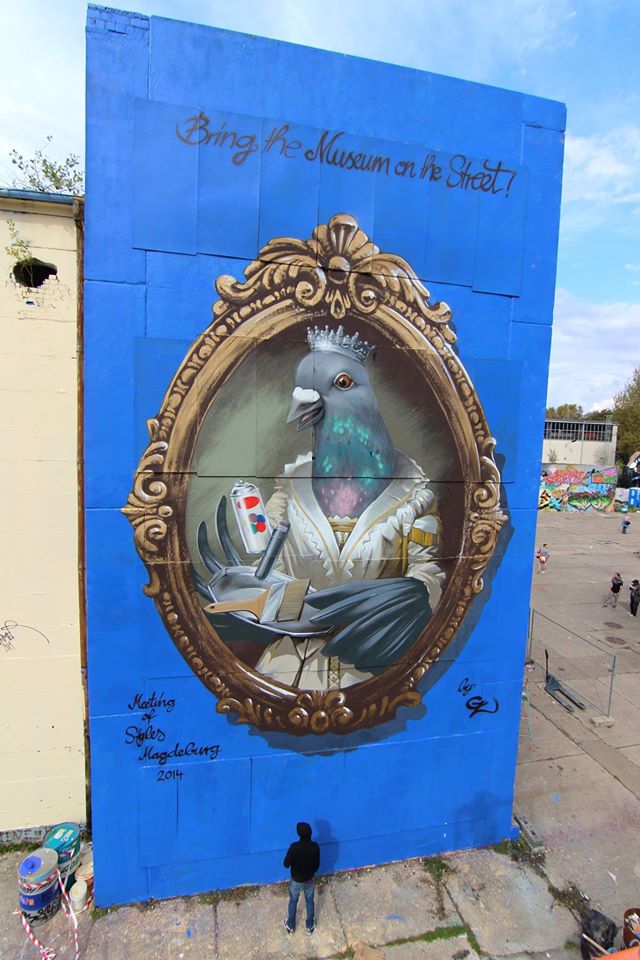 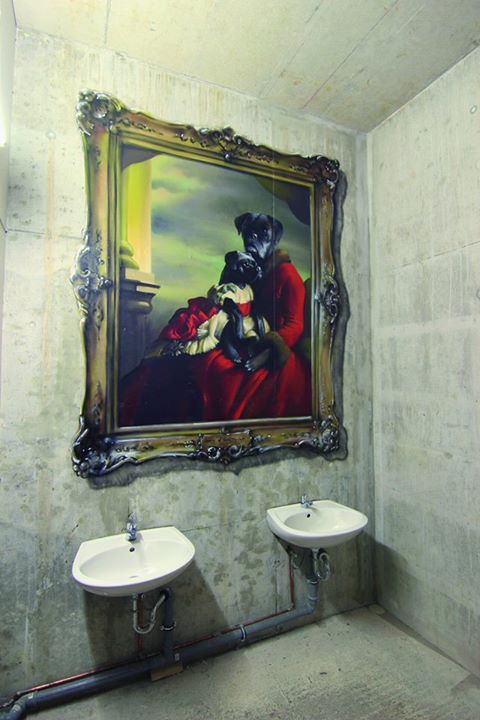 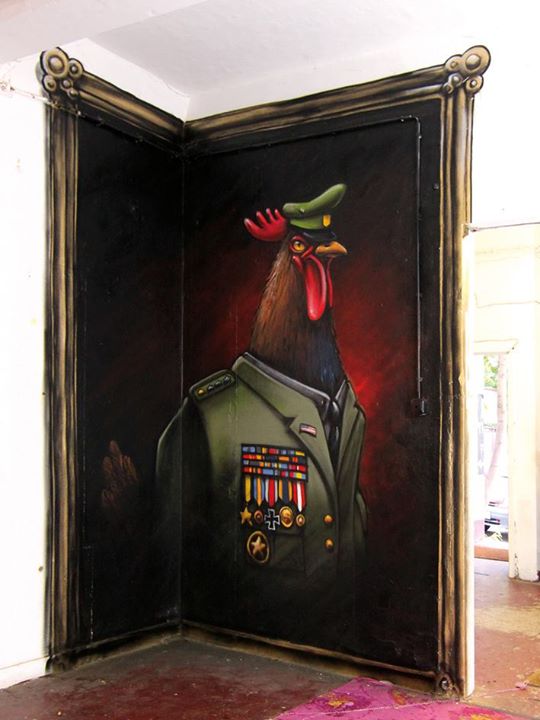