Jan Harbon lives and works in the Hampshire countryside, but was originally trained as an illustrator at the London College of Printing, and this was followed by a career in London as a commercial artist.
During 2010 & 2011 Jan was an Artist in Residence at Gilbert White’s House, Selborne, Hampshire, where she regularly painted and discussed her work with visitors.
Having moved away from a strictly botanical technique, Jan often employs a variety of mixed media on her paintings including collage and gold leaf.
Images are reproduced frequently as limited edition prints and greetings cards.
These are available countrywide and direct from her site.

A member of the Society of Botanical Artists she has been awarded the Certificate of Botanical Merit 2006, Presidents Award 2007 and Public Choice 2009 & 2010.
She has the Royal Horticultural Society Silver Gilt Medal. In the last 10 years she has exhibited widely in mixed and solo exhibitions in galleries in London, across the country, and in Japan.
She exhibits annually at the Chelsea Flower Show and is also a member of the Society of Floral Artists (Award of Excellence 2005, Highly Commended 2008, 2010, 2011).
Jan has a Certificate in Adult Education and teaches at workshops and courses at RHS Wisley, Gilbert White’s House, and at her own studio. 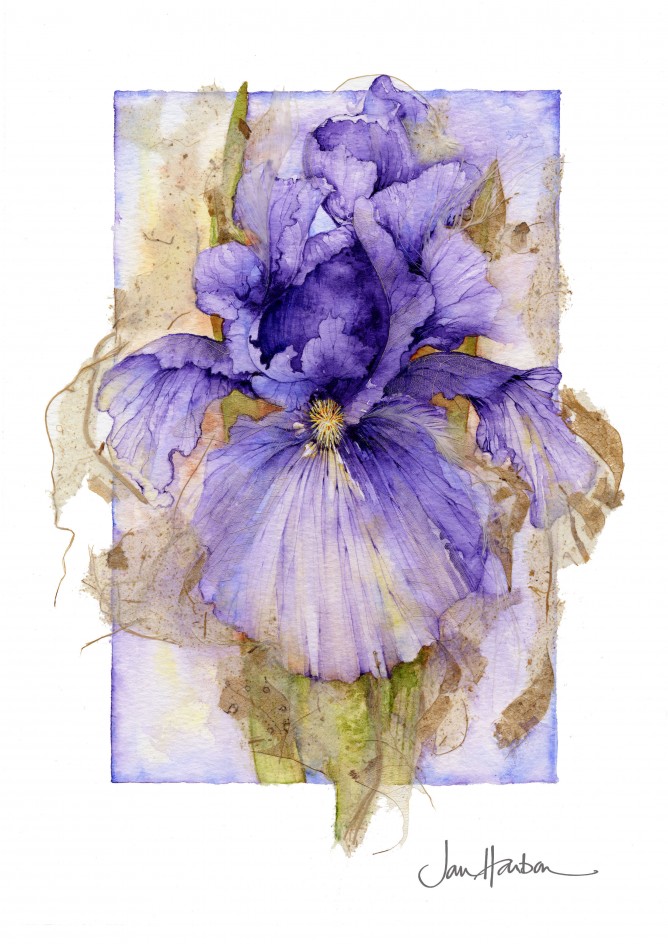 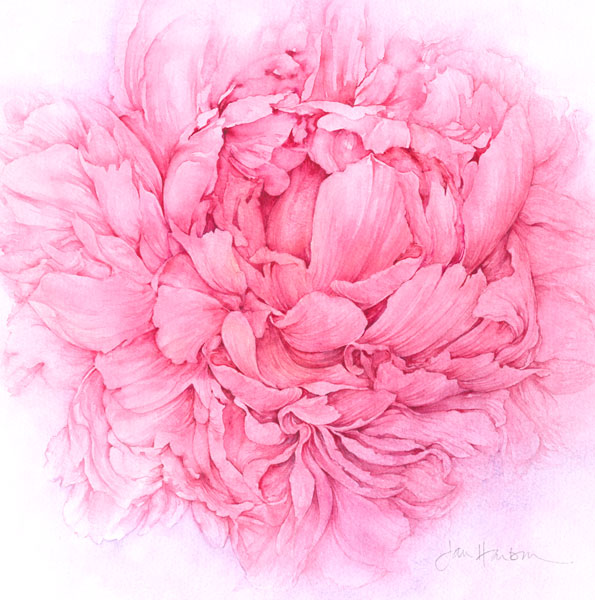 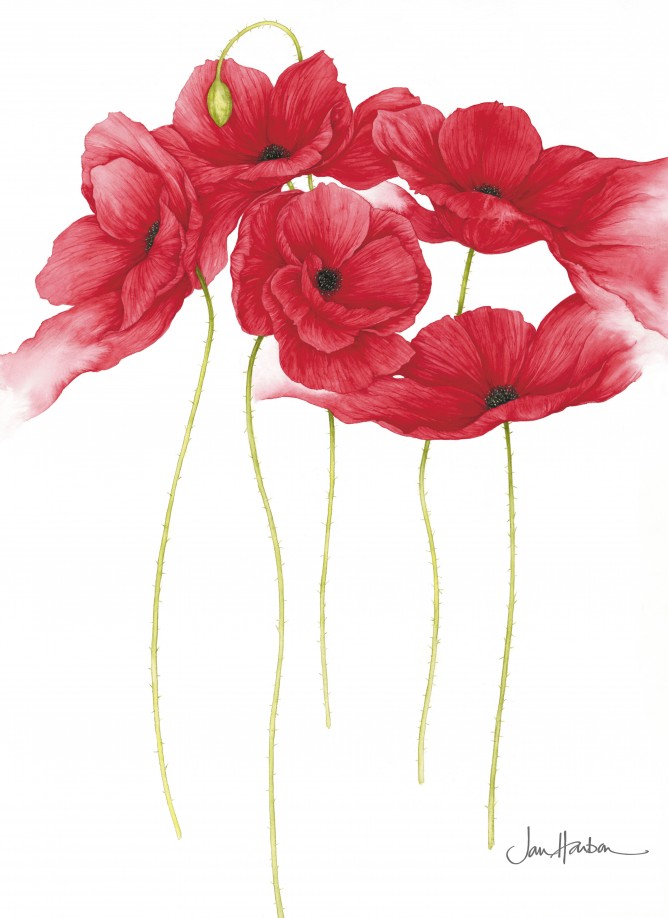 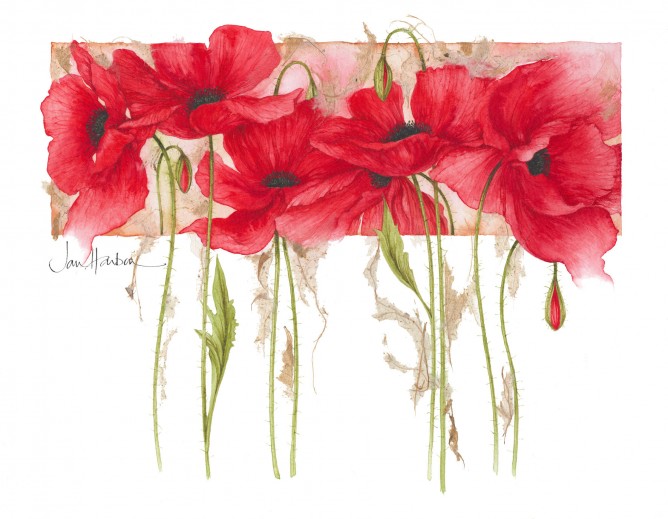 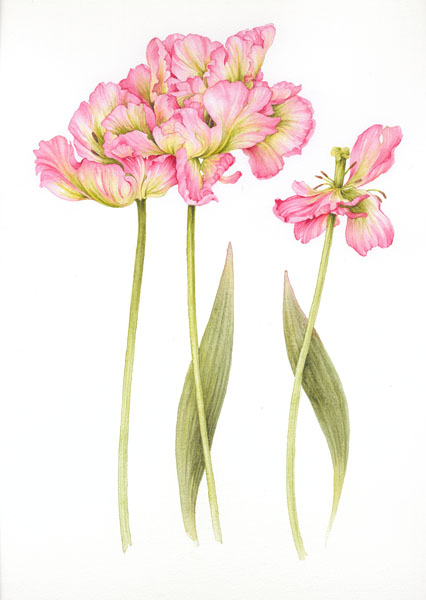 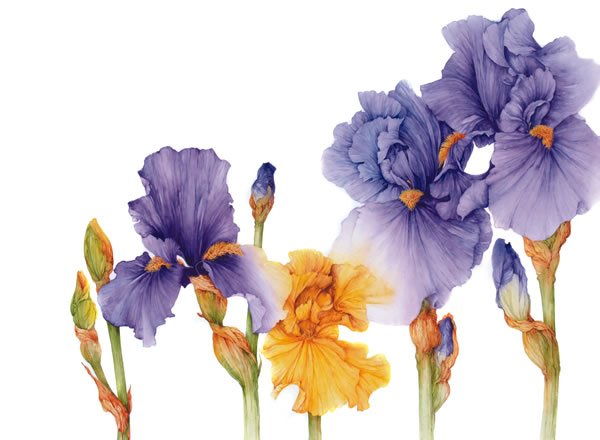 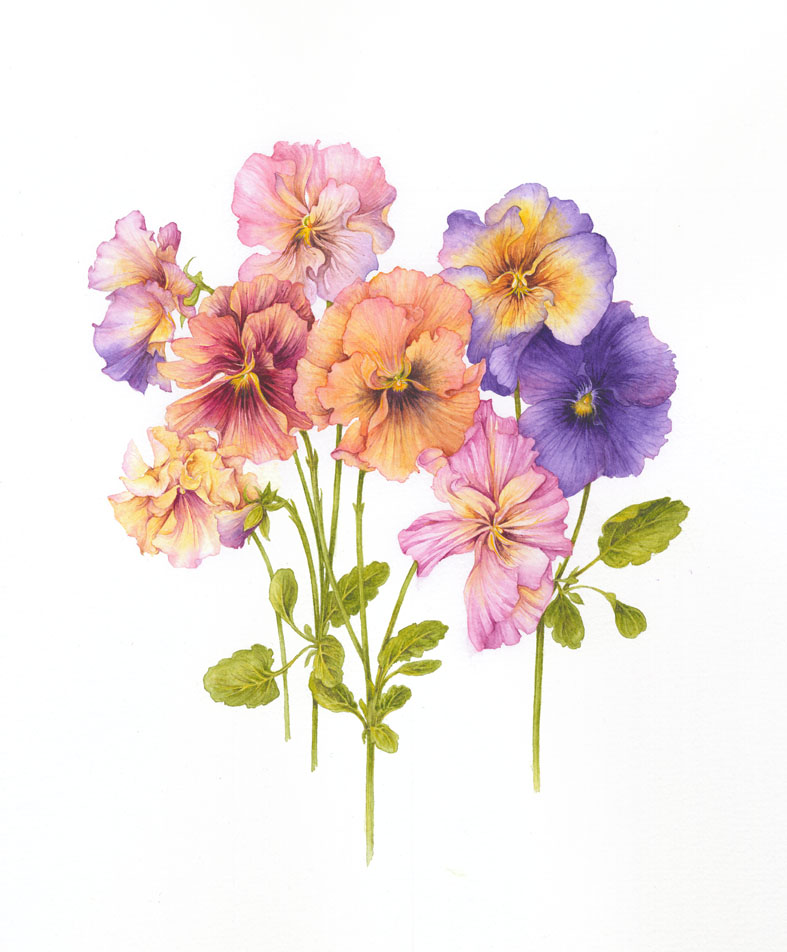 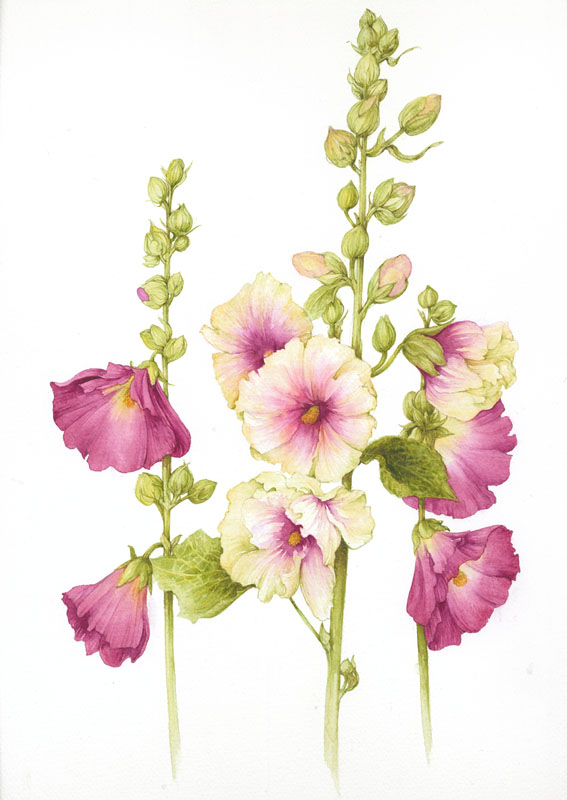