“If the word “ominous” doesn’t sum up Joey Remmers’ work, I don’t know what does.
Desolate snows-capes, icy rivers, sea beasts, and other perils await each painting’s protagonist, and we the viewer can only look on in delicious suspense.”

Joey was born and raised in small town in Southern California.
His interest in art began at an early age, prompting him to find creative outlets for his innate …talent.
Remmers creates a series of compelling visual narratives to create timeless moments and intimate snapshots.
Following his success as a nationally recognized tattoo artist, his focus turned to illustration and painting, exhibiting at galleries including CoproNason, M Modern, Thinkspace Gallery and Corey Helford Gallery.

Joey now works as both an illustrator and a private tattoo artist in Orange, CA where he lives with his wife and children.
Joeys work has appeared in galleries across the United States and abroad as well as on the covers of several Literary Journals and Magazines. 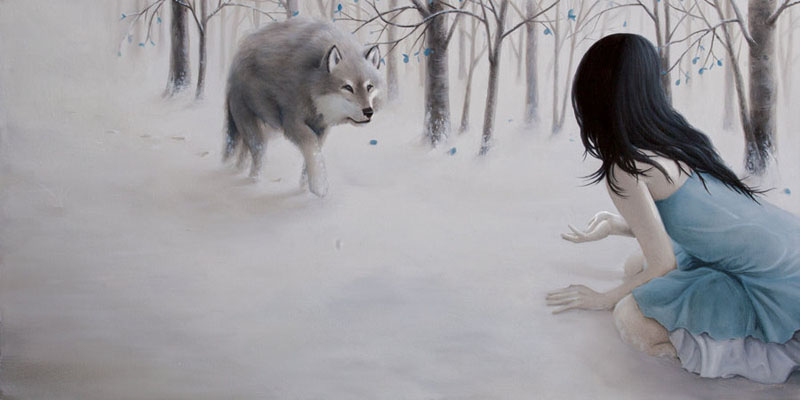 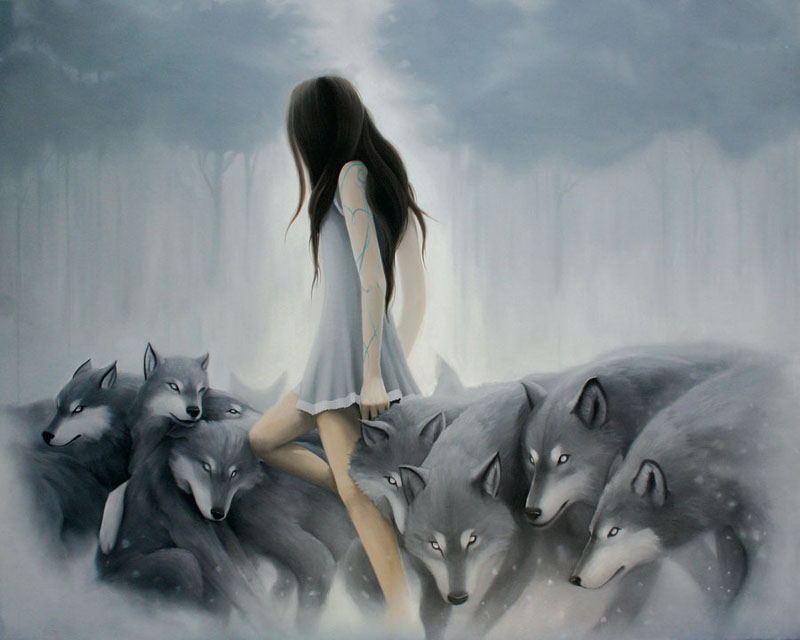 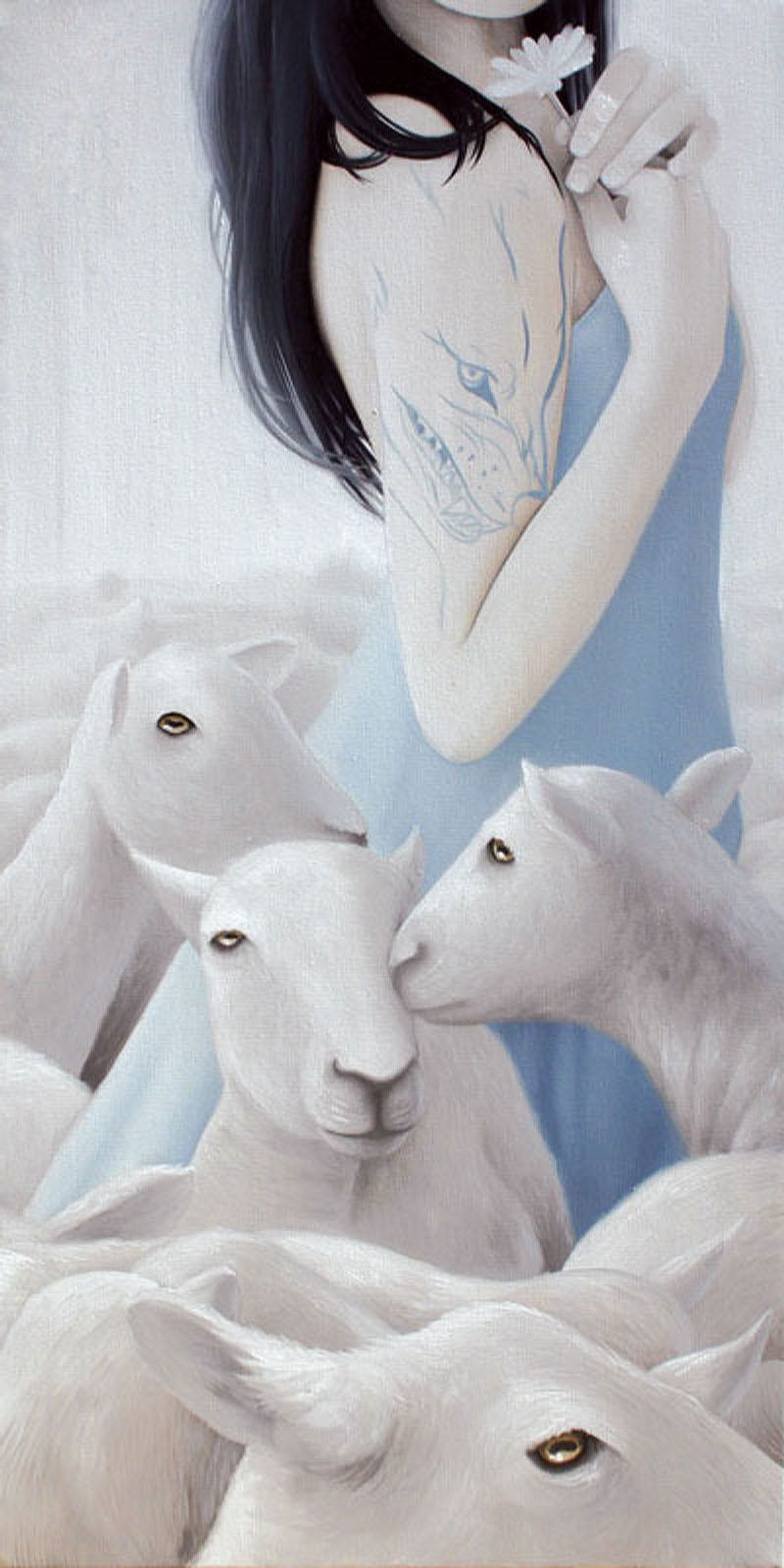 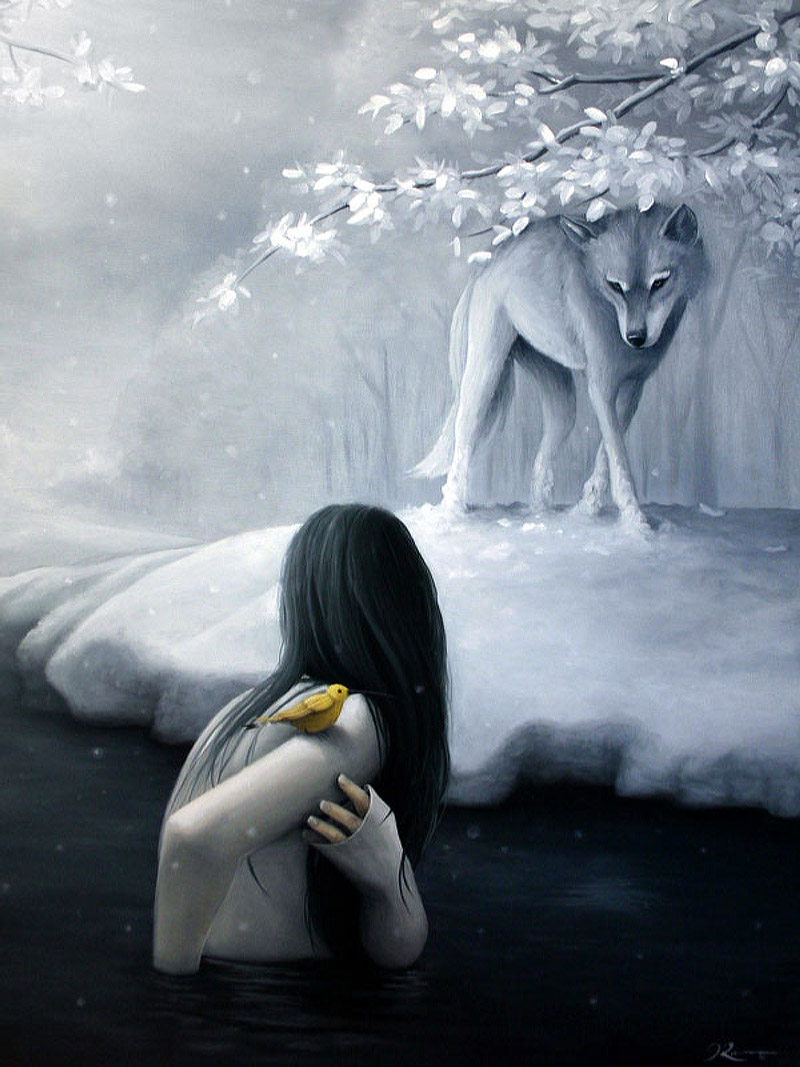 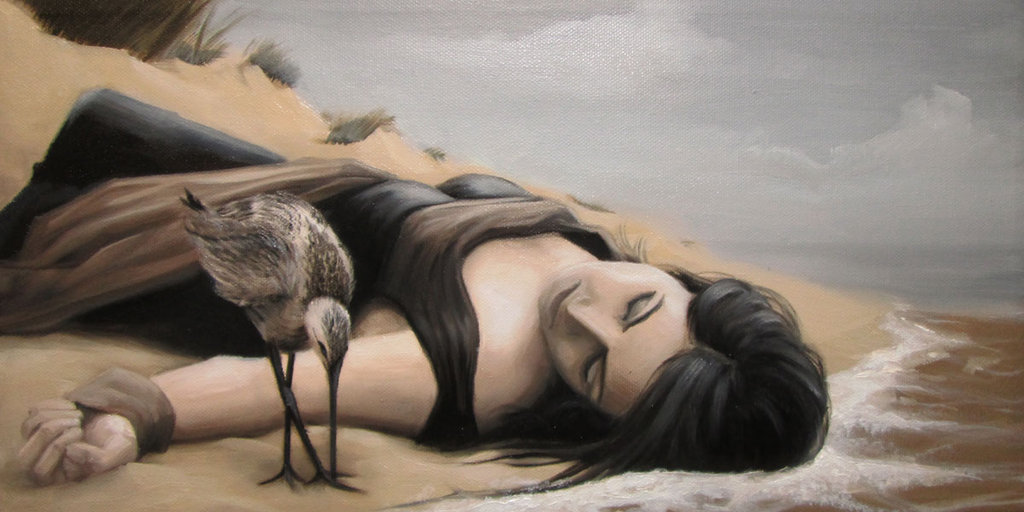 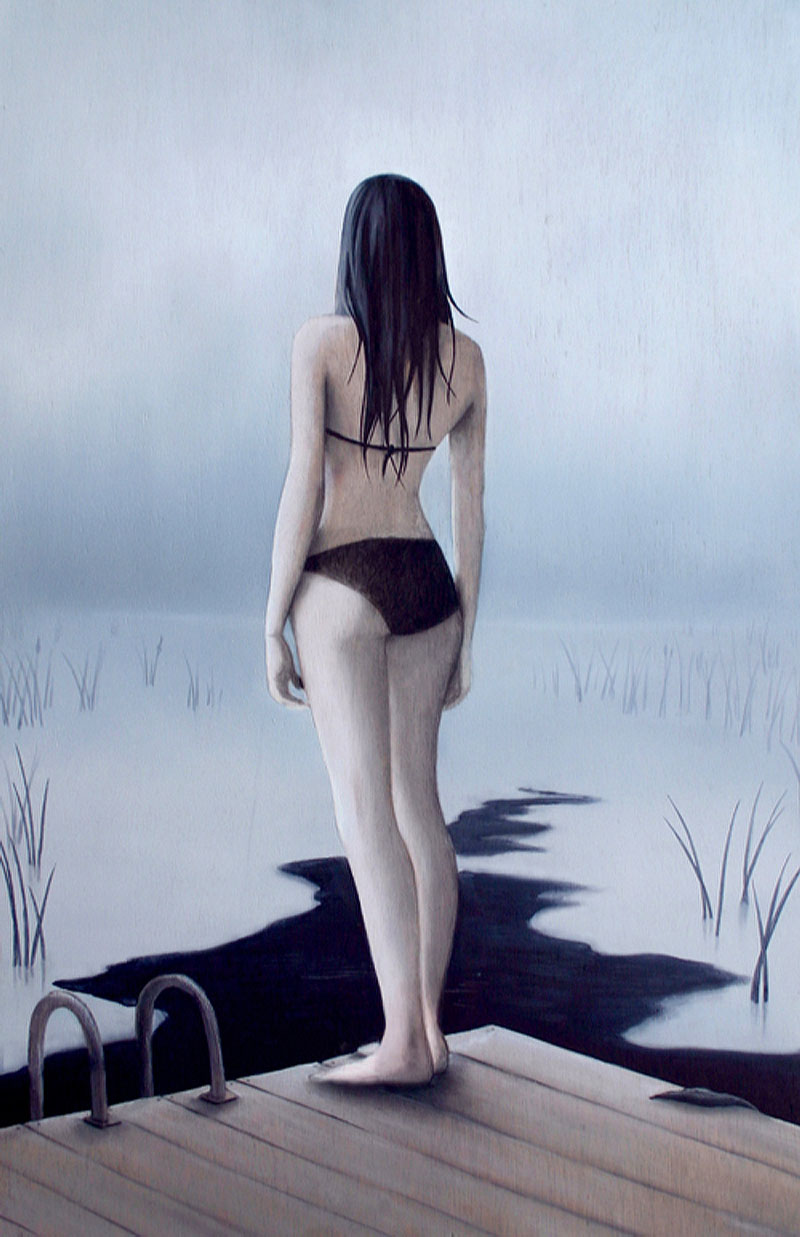 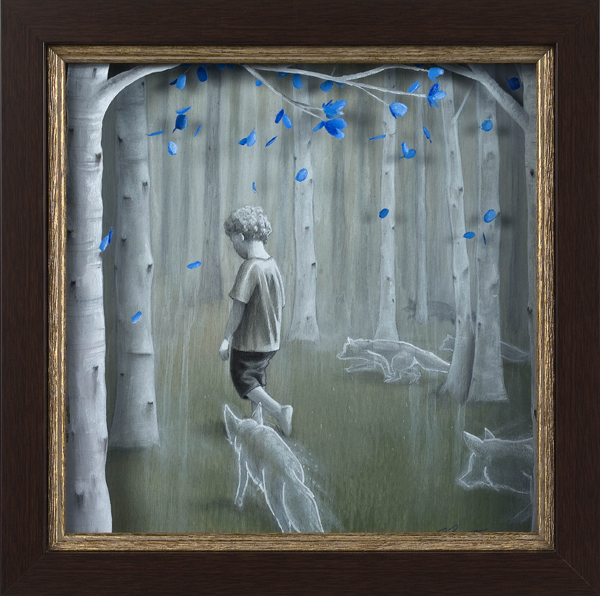 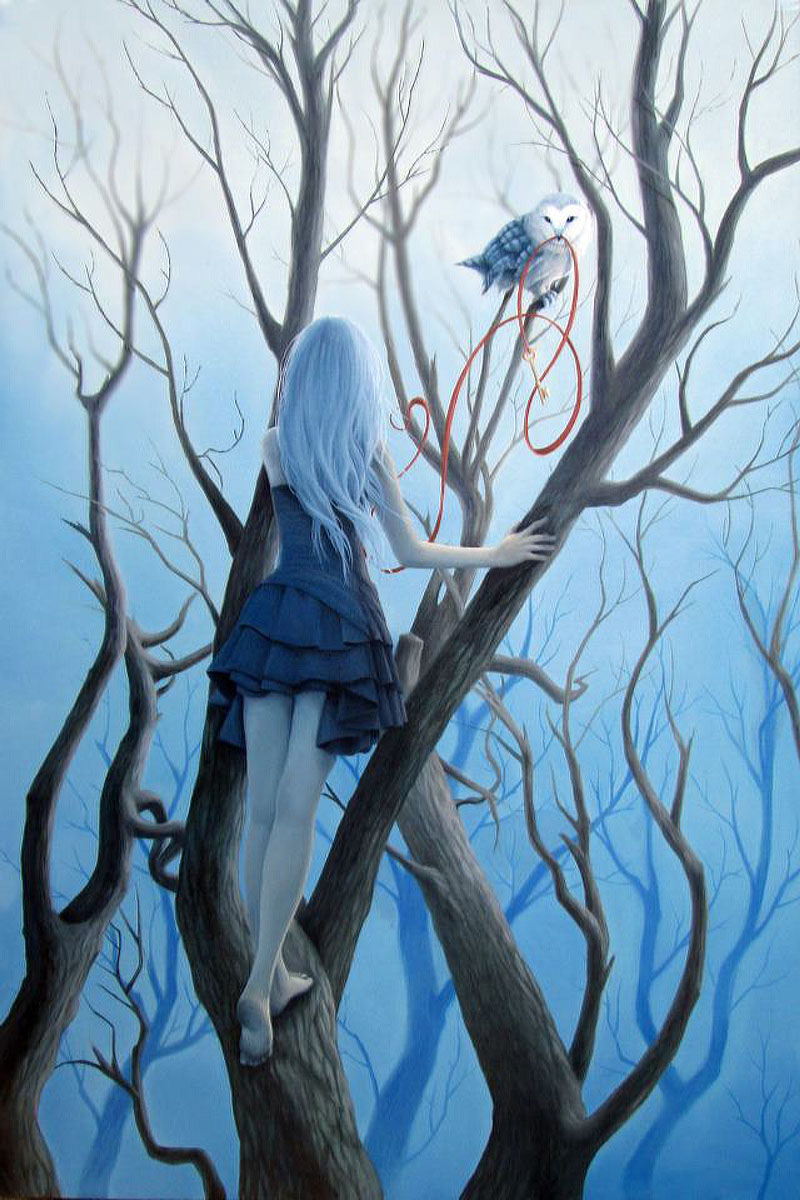 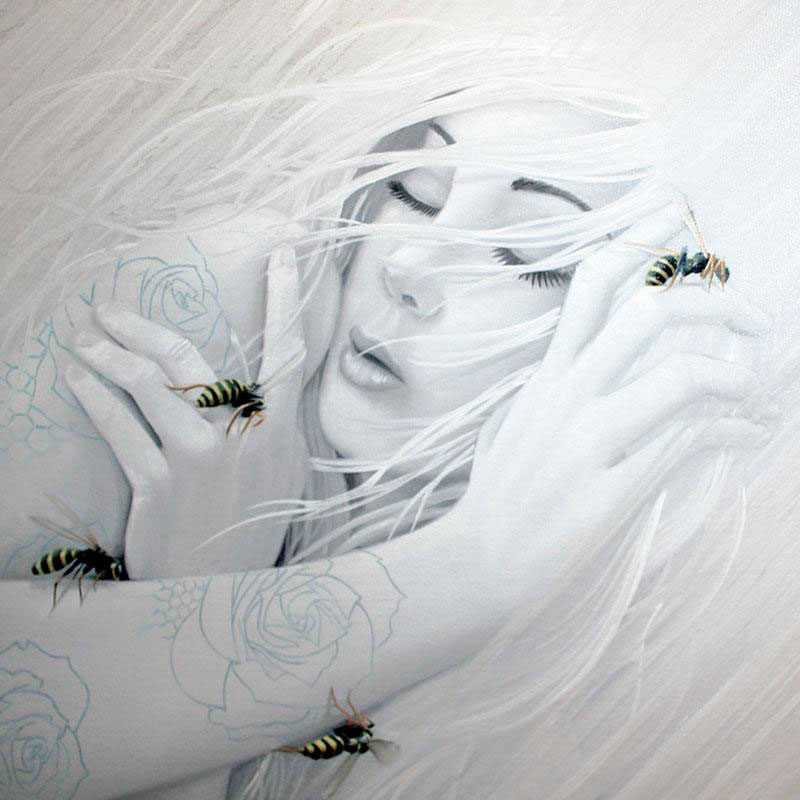 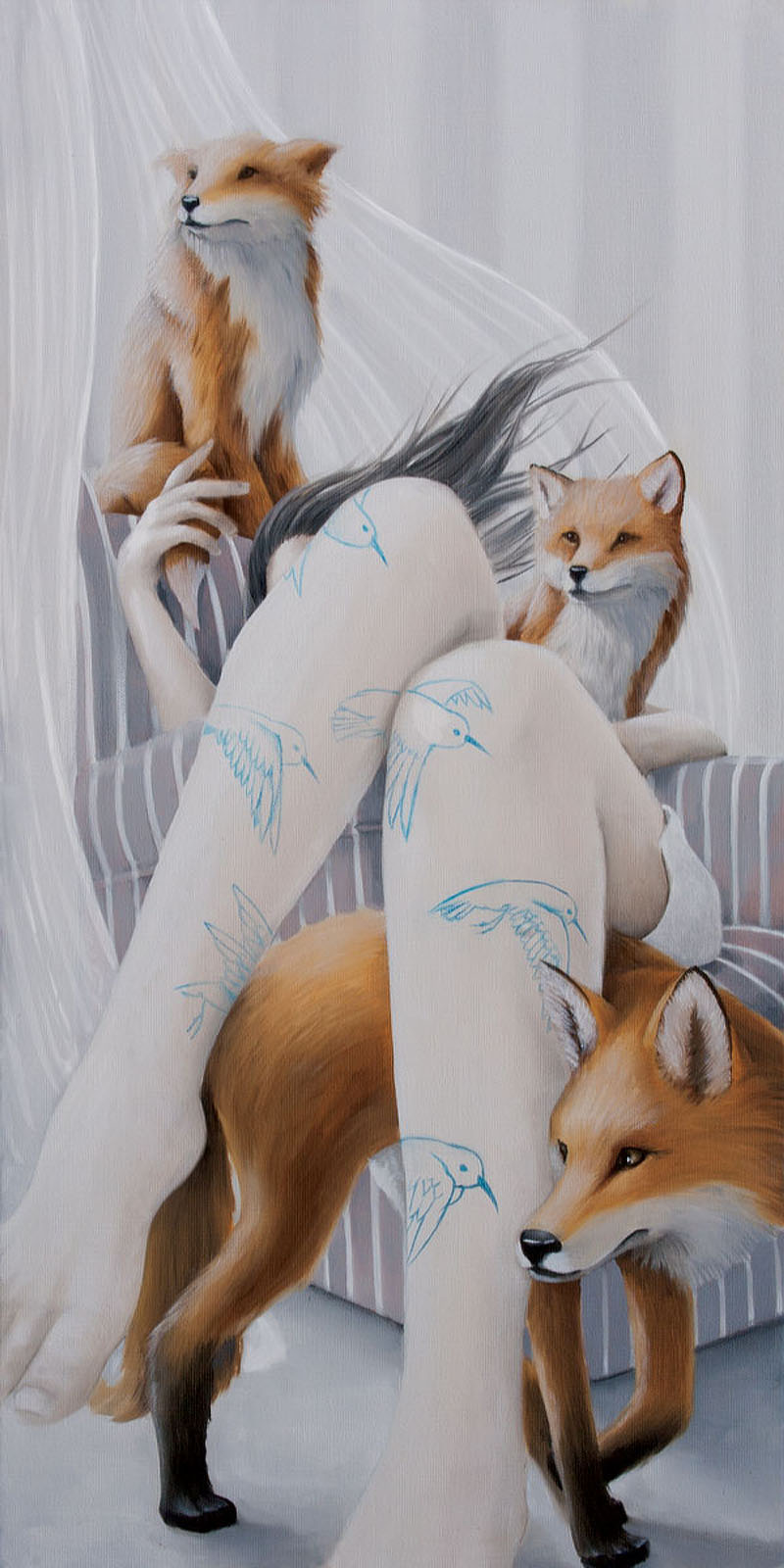