Kirsty Mitchell received a Higher National Diploma from the London College of Fashion and a Bachelor’s degree from Ravensbourne College of Art. She interned at the studios of Alexander McQueen and Hussein Chalayan.
Before leaving fashion to pursue photography, she worked as a senior designer at Karen Millen for over ten years.
Following her mother’s illness and passing, she began to create what is now known as ‘Wonderland’.

The images warranted coverage from BBC News, Italian Vogue, and Polish Harper’s Bazaar, to name a few. She won a number of awards including the grand prize for visual storytelling by Lensculture in 2014 and a place as the Nikon Ambassador of Fine Art Photography. By the end of 2015, she hopes to realize a ‘Wonderland’ book in collaboration with esteemed British book designer Stuart Smith through the launch of a campaign on Kickstarter backed by the photography platform LensCulture.

‘Wonderland’ is a project created over the course of five years as an homage to the artist’s mother who tragically passed away in 2008.
Having worked in fashion for a number of years, Kirsty understood the constructed and filmic nature of the photographic image.
Building on this, she incorporated childlike whim through the creation of her favorite fairytales that her mother read to her as a child. With minimal support and finances, she built what can be likened to a film set in order to stage each frame.
The tailor-made dresses and make-up add an element of high fashion into the work.
However, props such as ships, headdresses and books transform the image further; each item carefully built and placed so as to convey a personal sense of imagination.

Kirsty’s oeuvre is whimsical and dream-like. It consists of over 70 photographs that intertwine fantasy, literature and personal mediations. The selection presented shows the breadth and complexity of the highly constructed artworks. The highly saturated colours give a vivid, fairytale quality to each image.
Intense contrasts intensify the surreal quality of each work; reality is undermined by the lack of gravity and soft lighting.
Upon completion in November 2014, ‘Wonderland’ immediately won 2 international awards, with over 280,000 followers on its social media. It has been extensively featured throughout the world achieving a viral status online, and has been published by prestigious names such as Harper’s Bazaar, Vogue Italia, The Guardian, BBC news, Germany’s Spiegel Online and Stern magazine to name but a few. 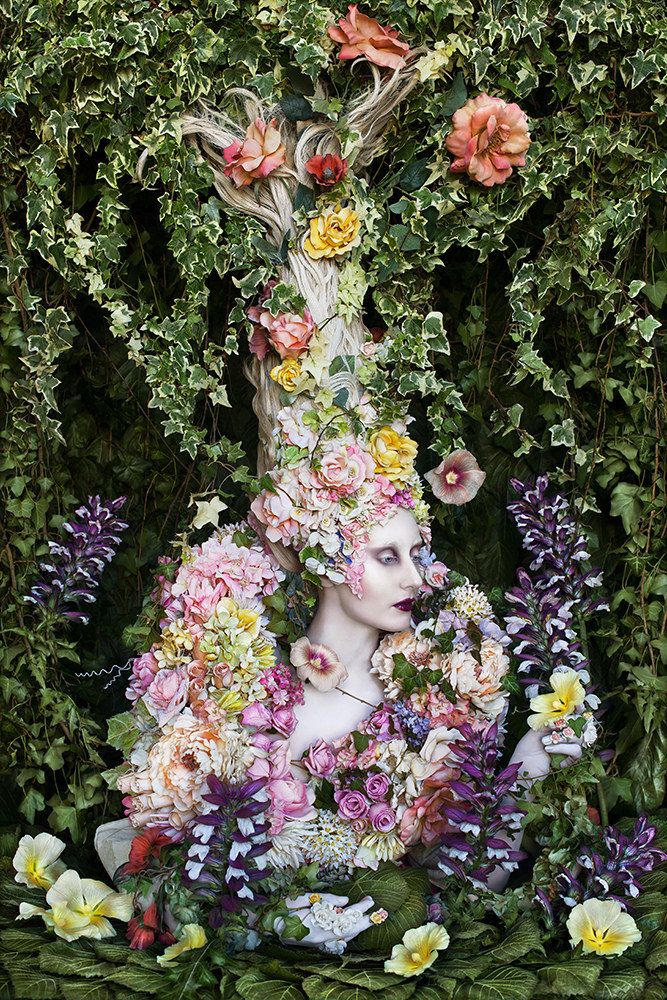 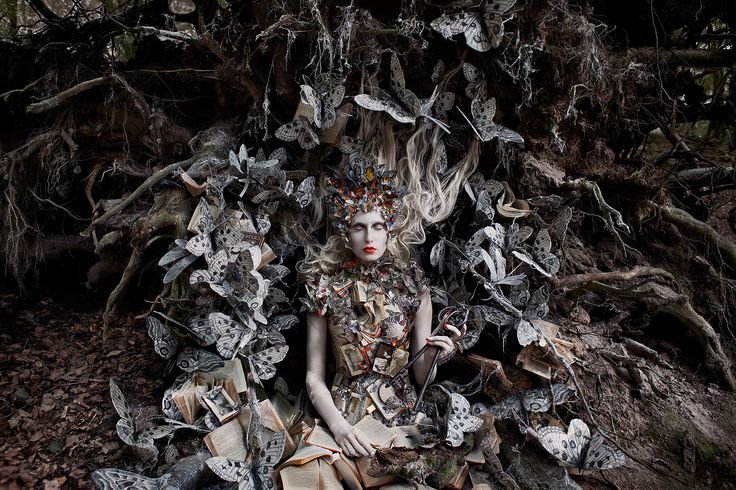 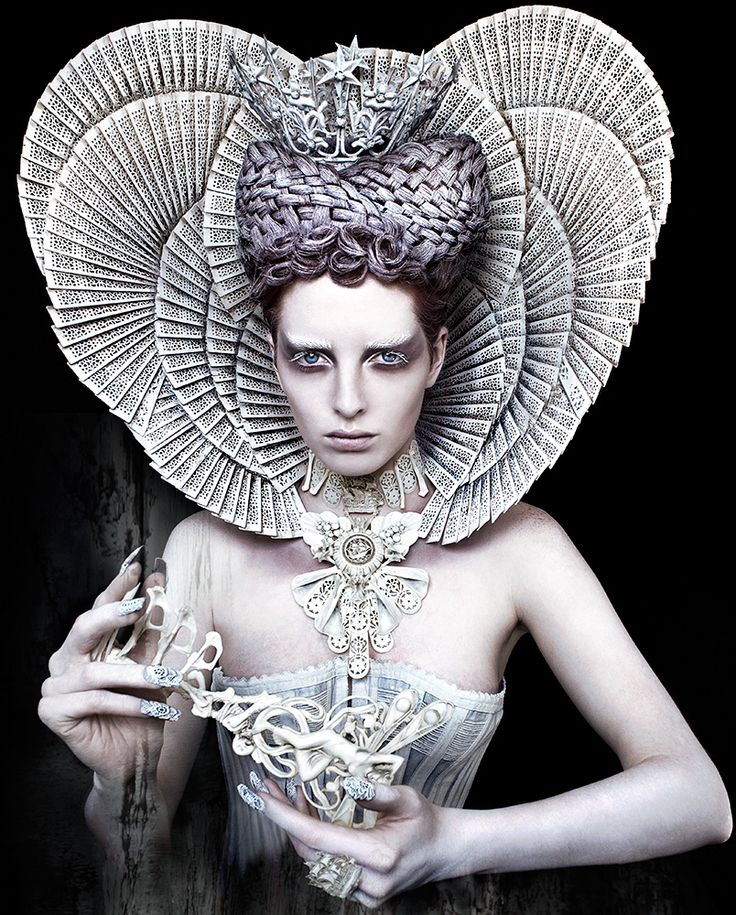 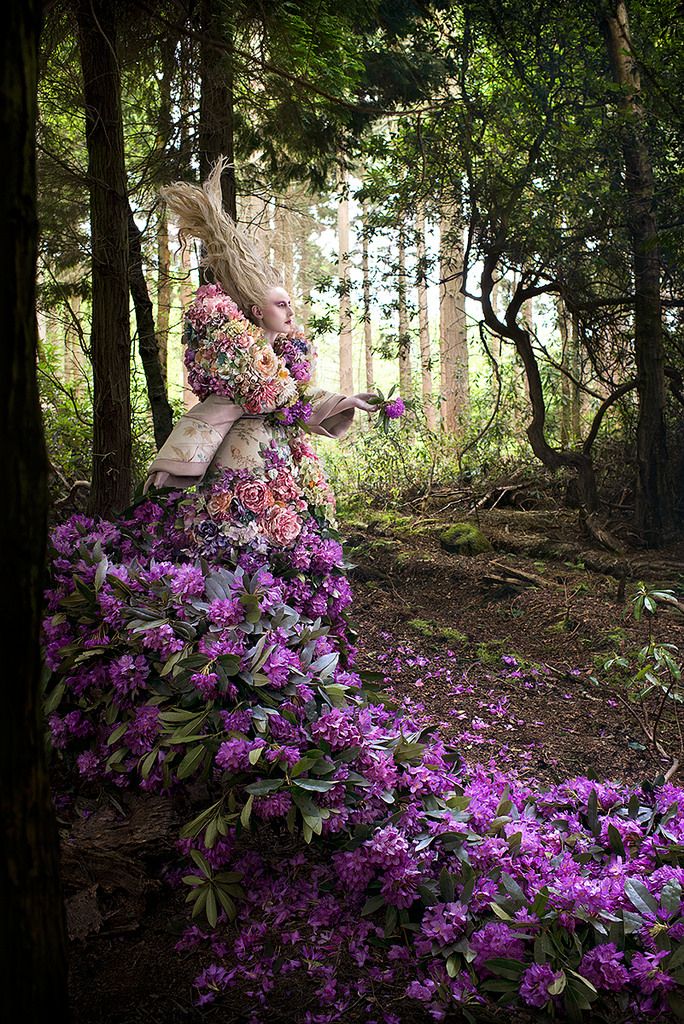 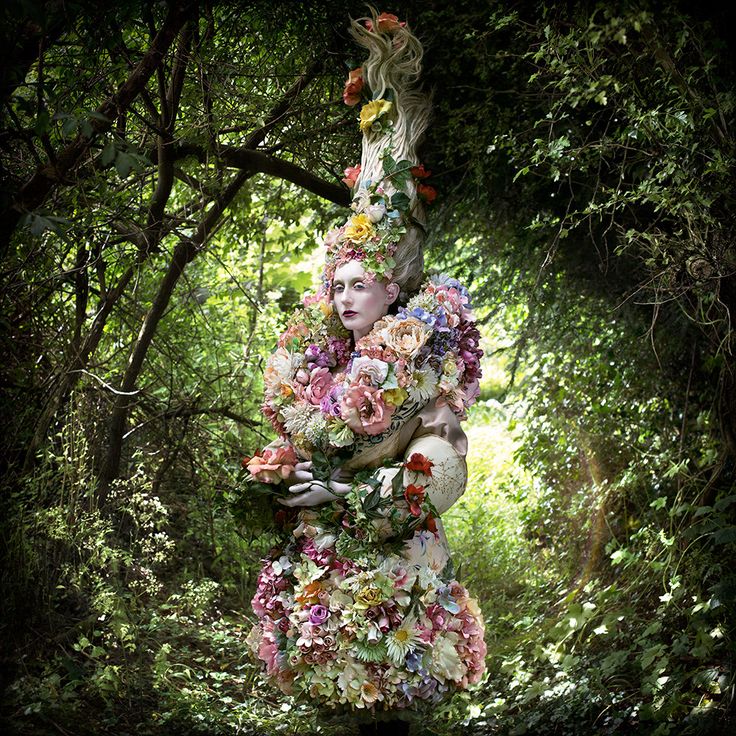 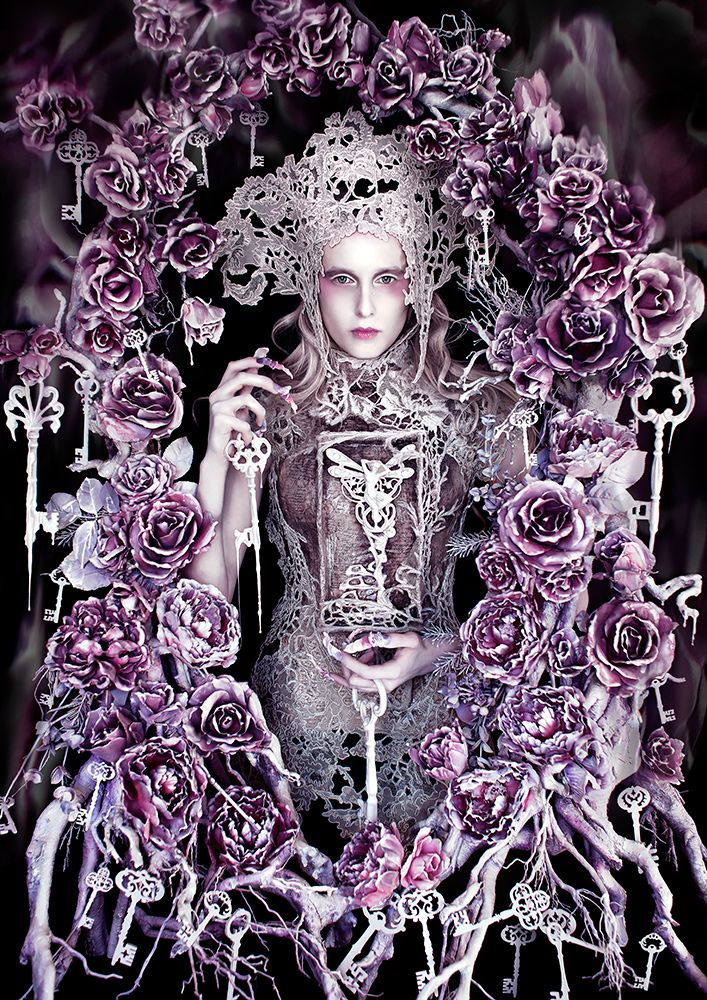 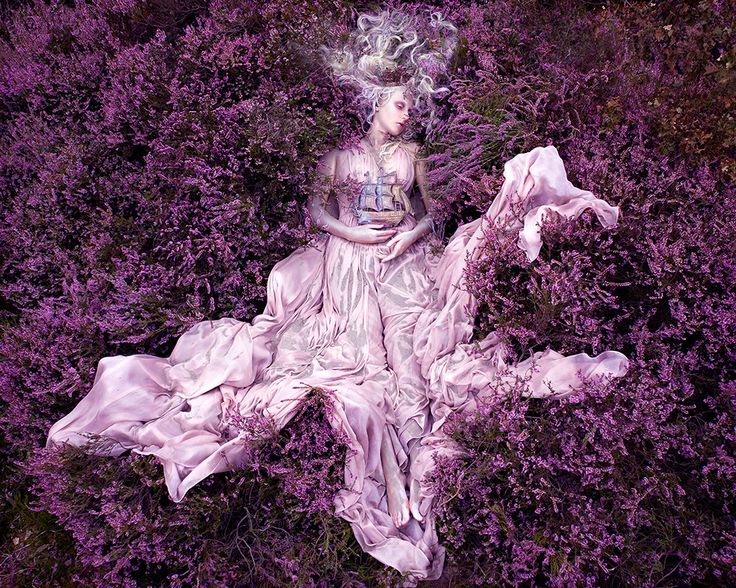 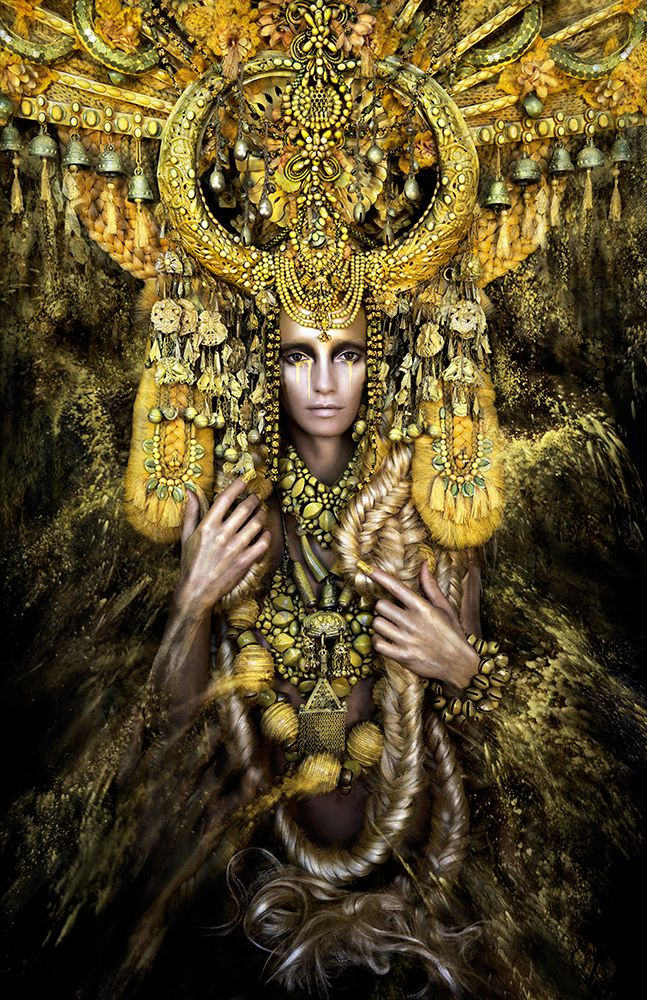 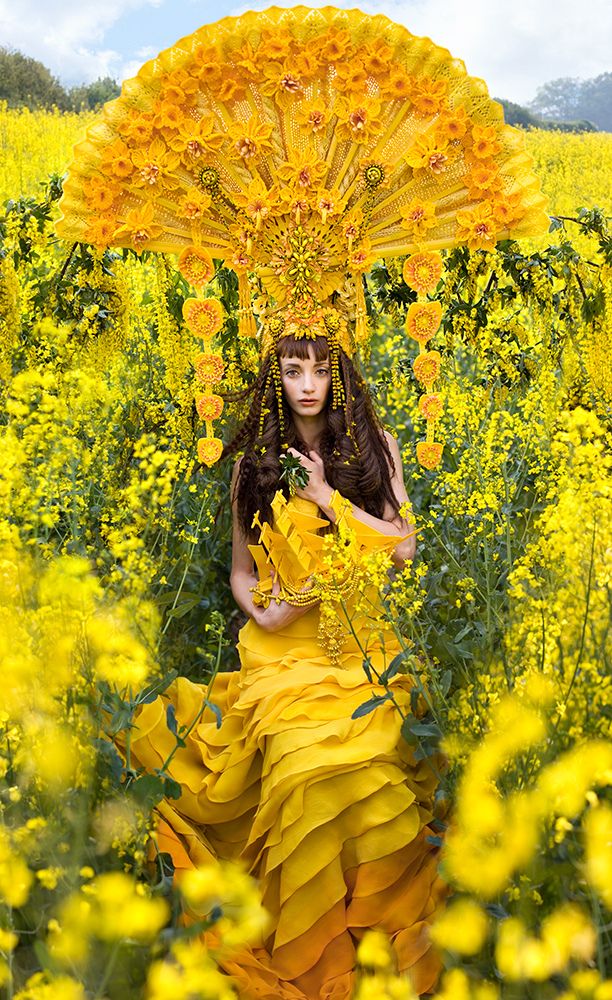 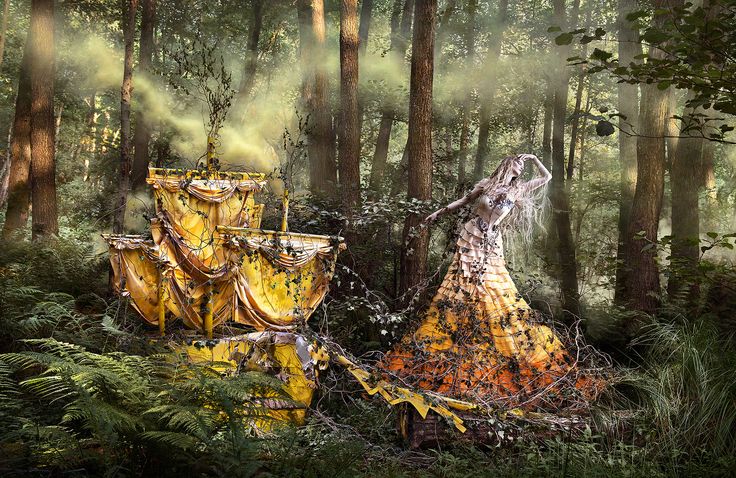 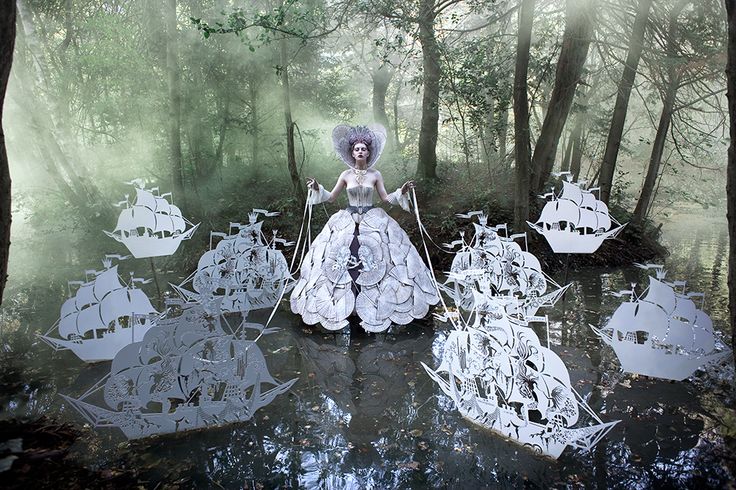 Wonderland – Gaia, The Birth Of An End

The Fade of Fallen Memories

The Stars Of Spring Will Carry You Home