Michael Page’s work offers the viewer an optic alternative to the visual reality of life, as we know it.
The artist’s characters and organisms inhabit otherworldly realms that are vaguely familiar in their resemblance to our shared reality, but are ultimately their own cosmic manifestation. Narratives of worlds in crisis, such as a self-imposed environmental degradation and the decline of civilization play out across the canvas.
His enigmatic imagery is rendered in a rich color palette of swirling and flowing shapes and line that create dynamic movement.

The resulting liveliness of the work assists in aiding the viewer’s suspension of disbelief when contemplating the fantastical realities of the artist’s imagination.
Michael Page (b.1979) lives and works as a full time artist in San Francisco, CA. He has shown his work nationally and internationally throughout both Europe and the United States including the cities of Reykjavik, Berlin, Bristol, Rome, and Montreal. 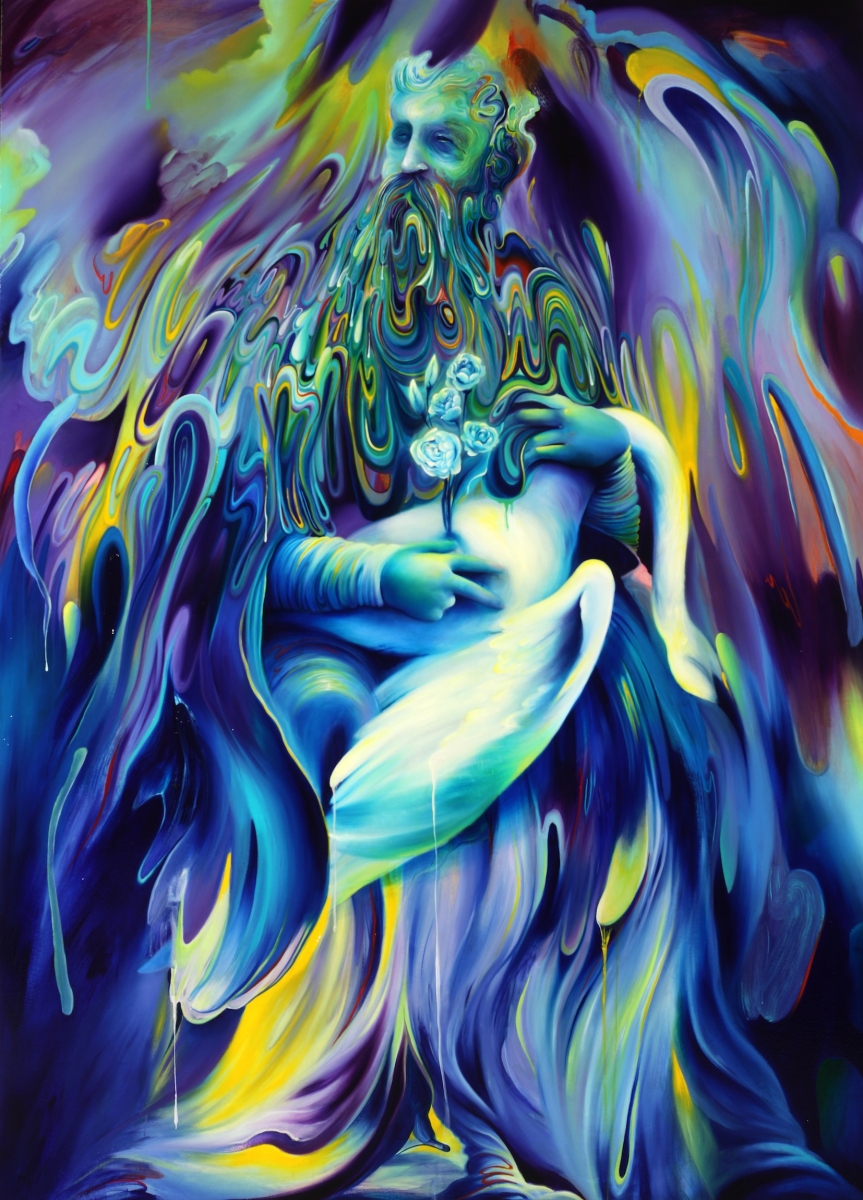 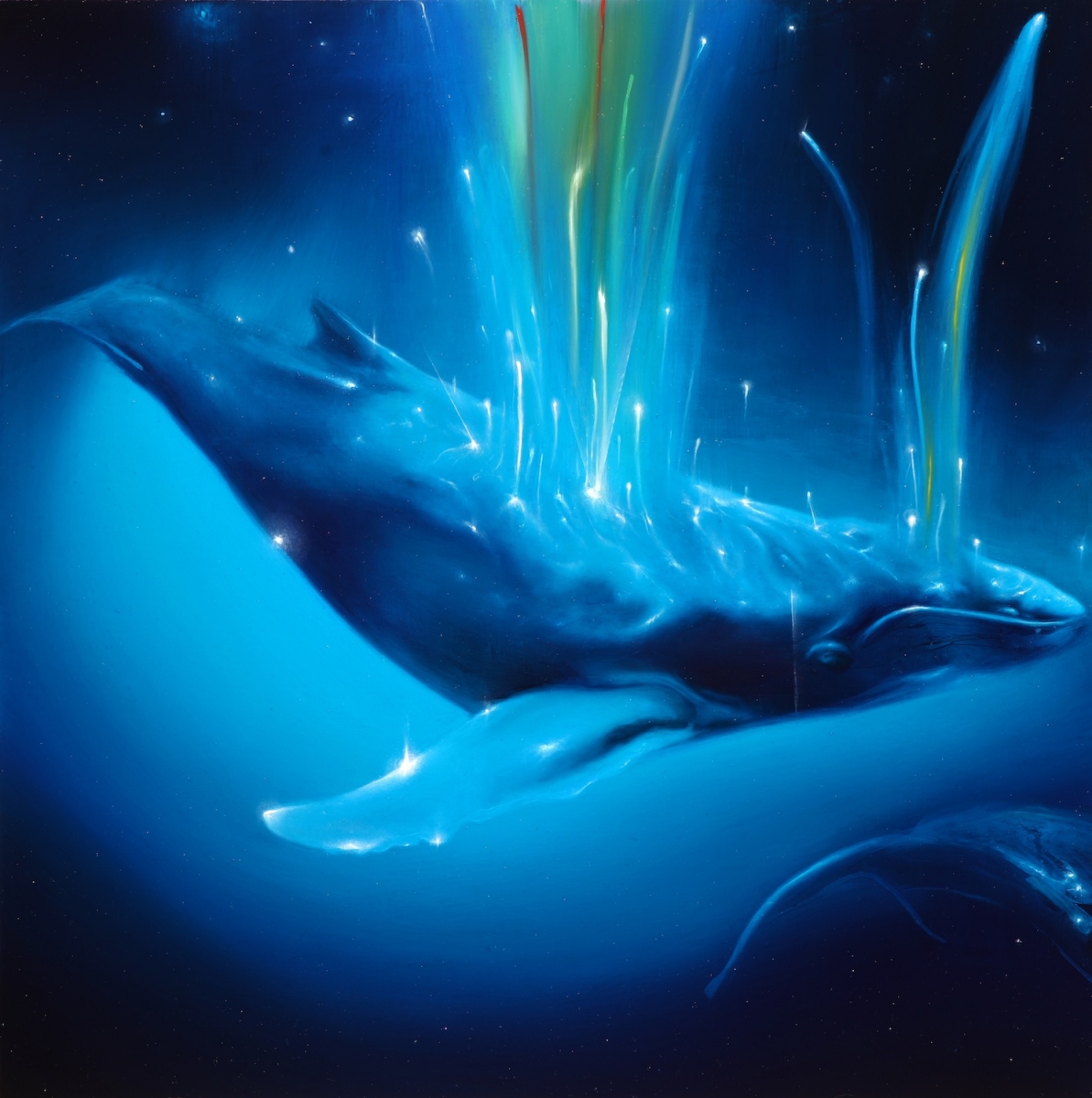 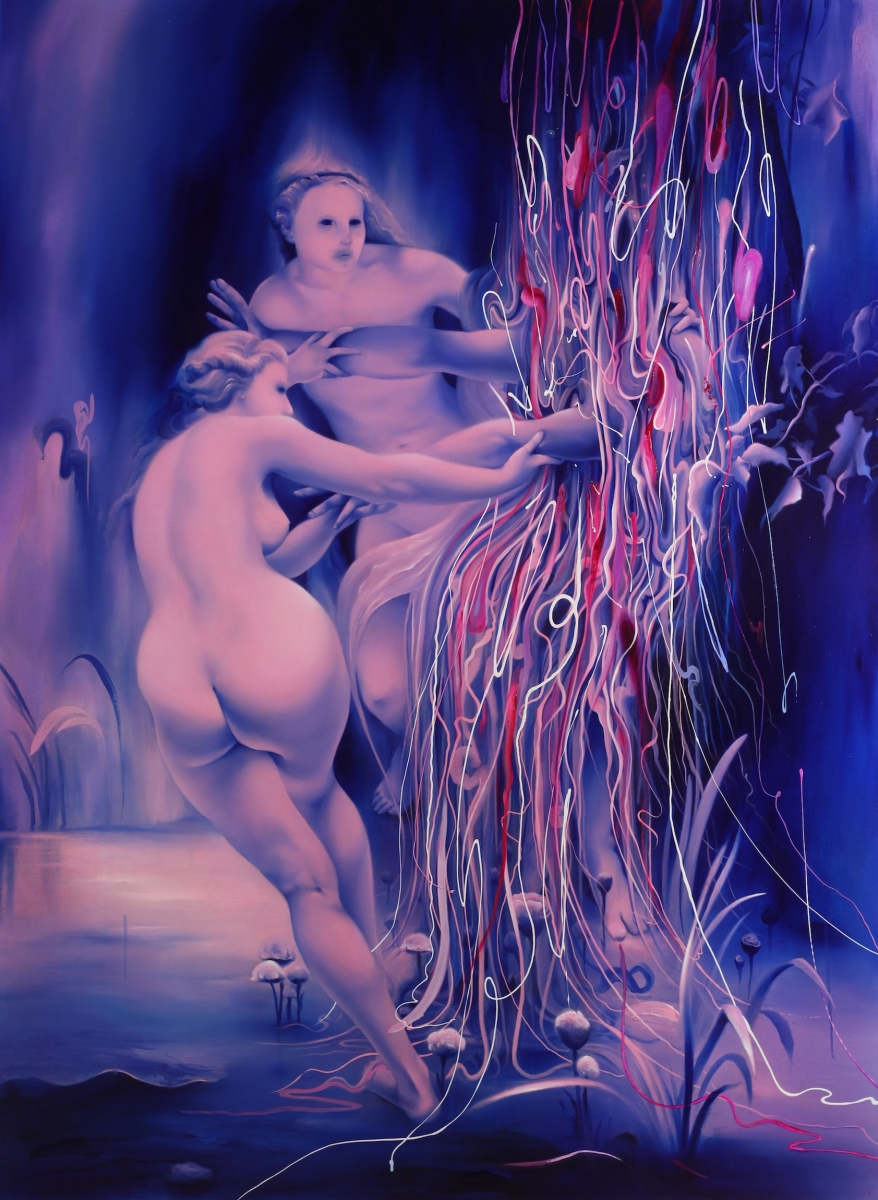 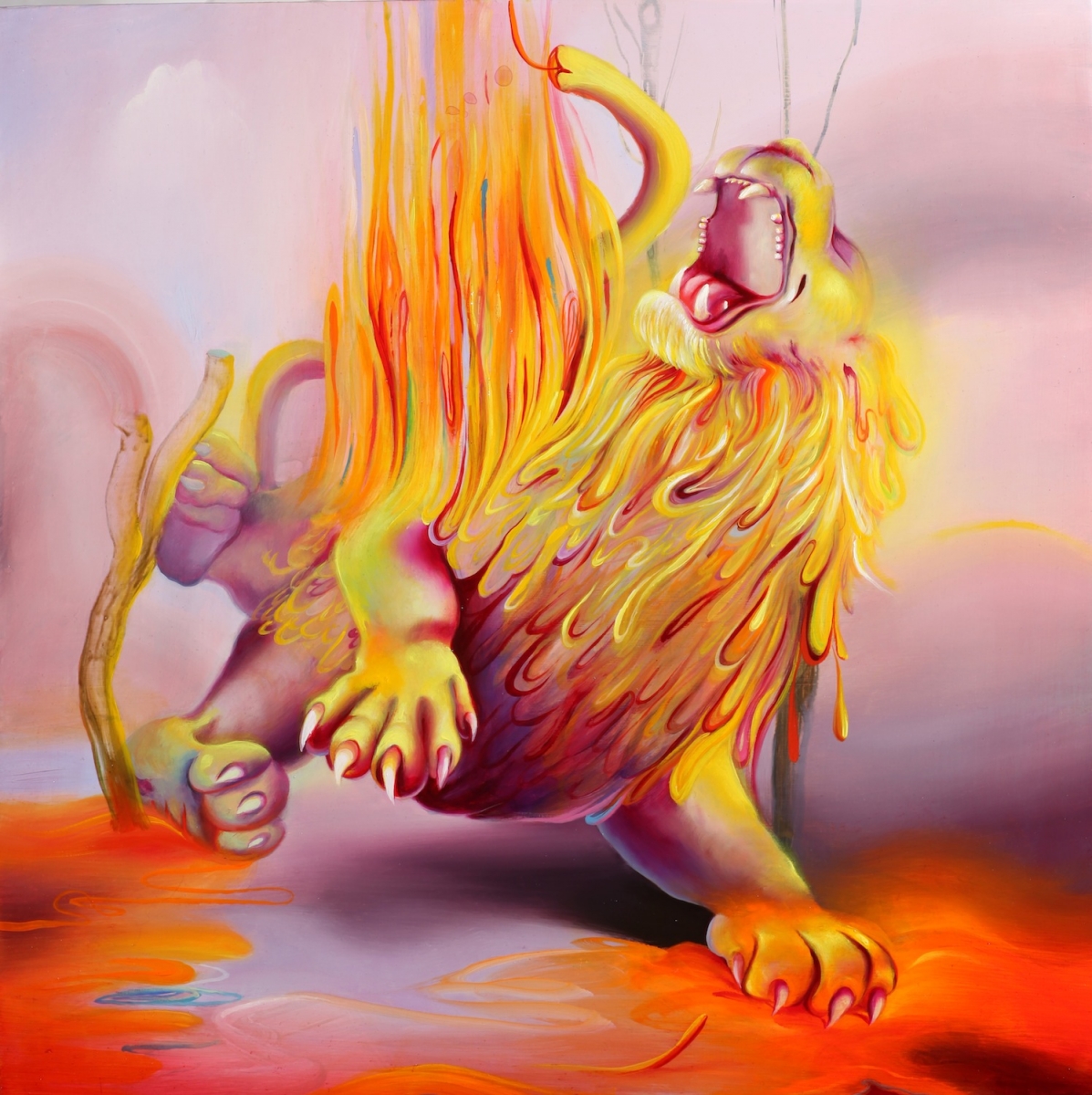 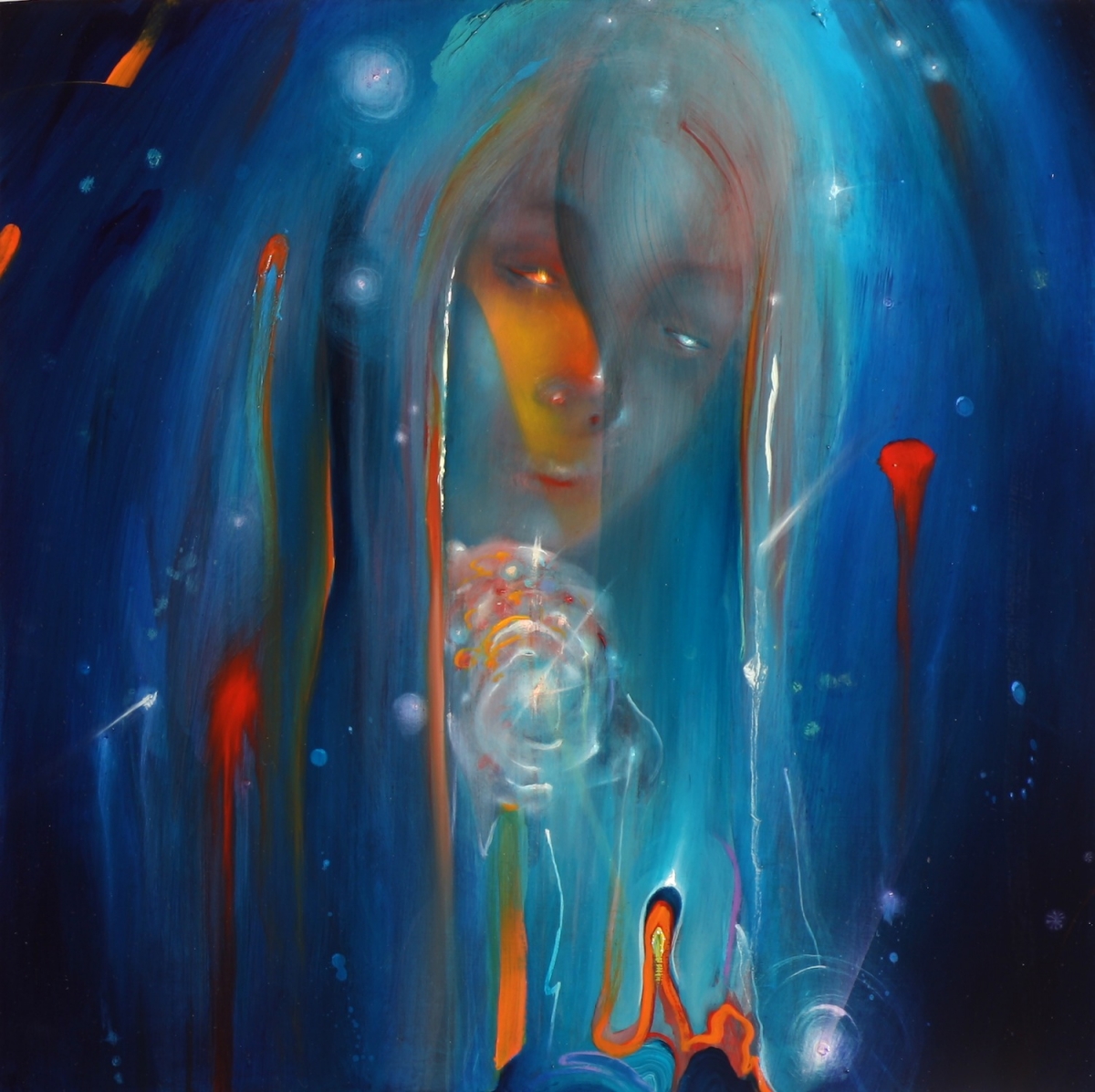 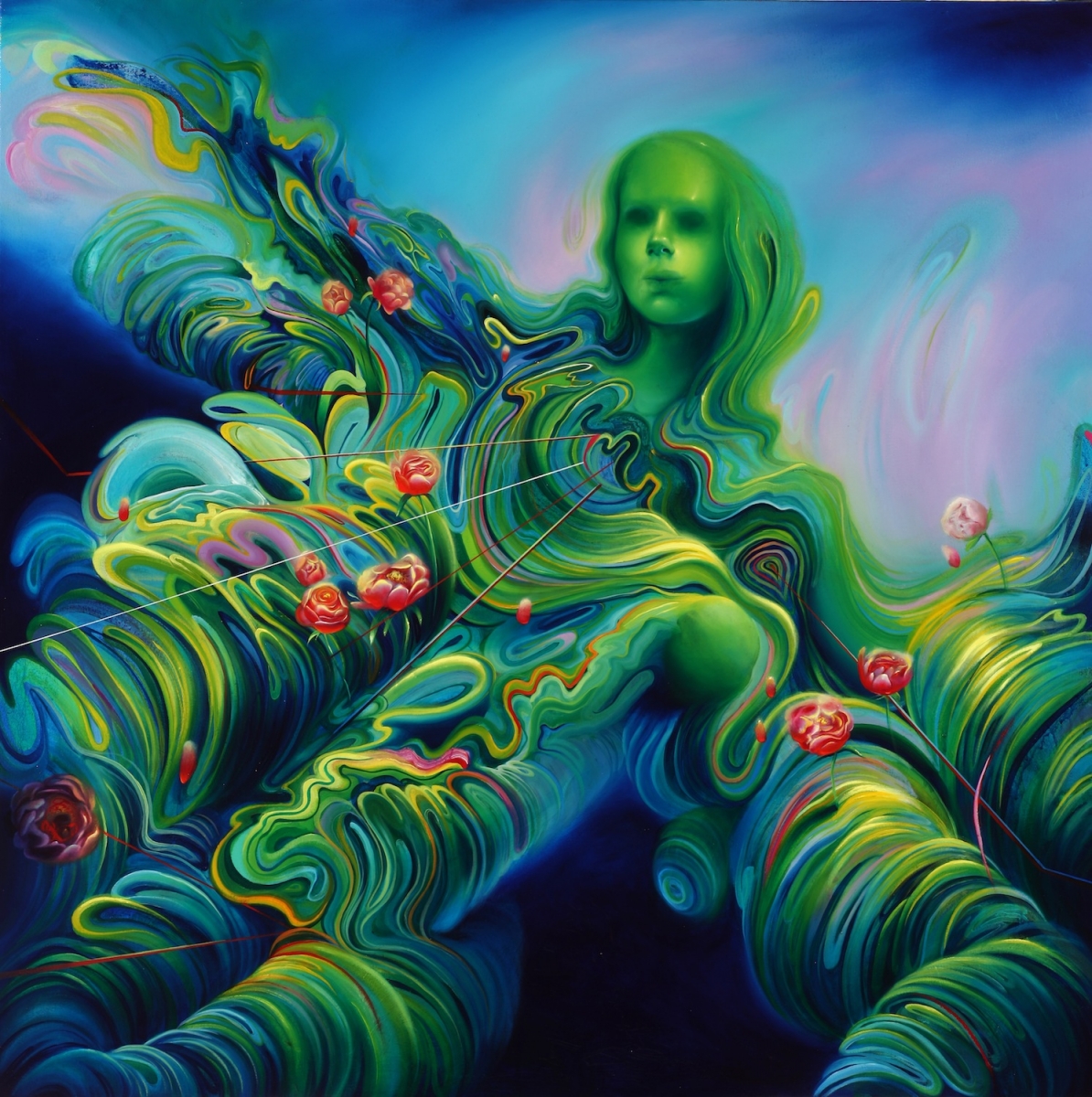 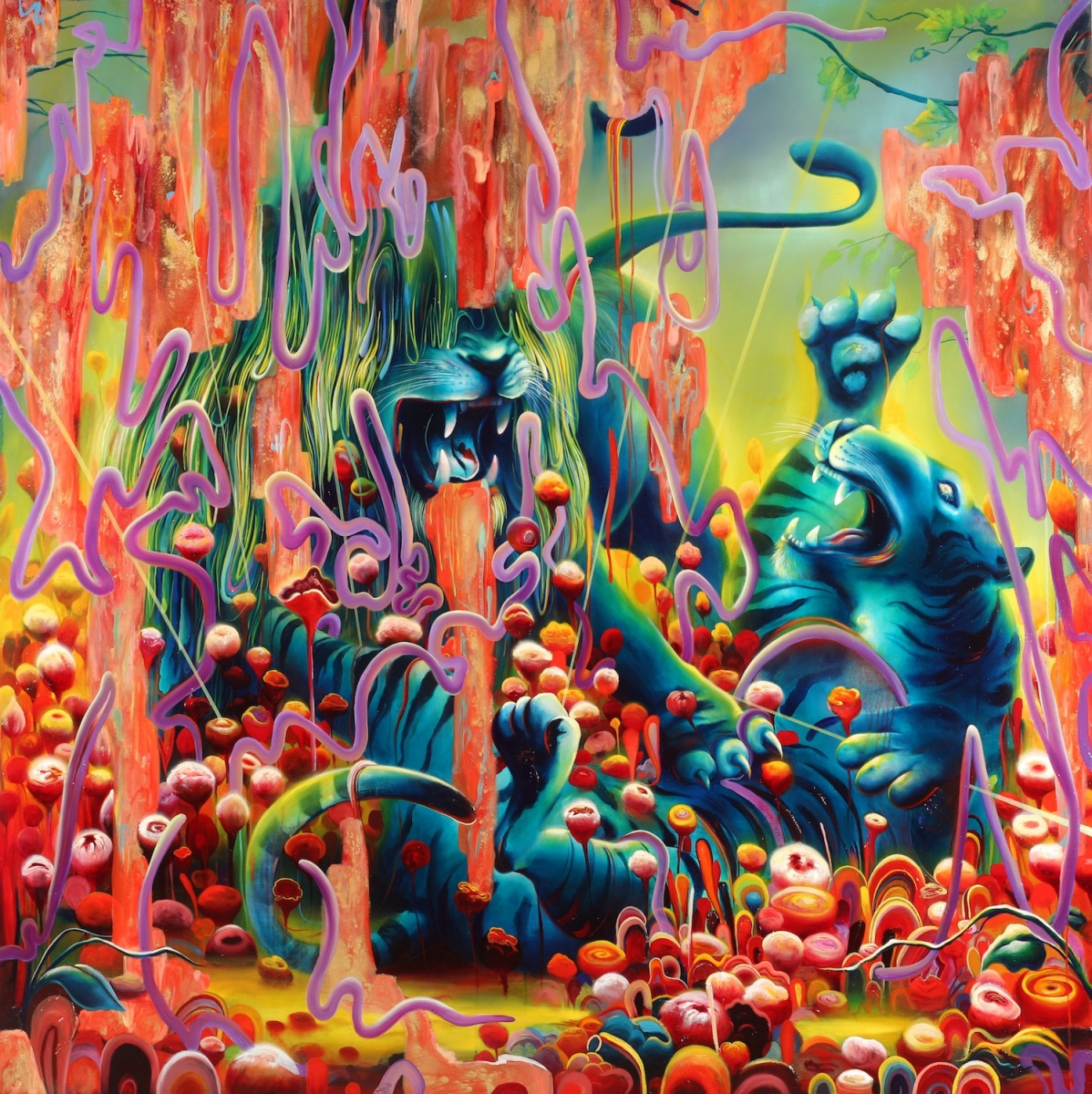 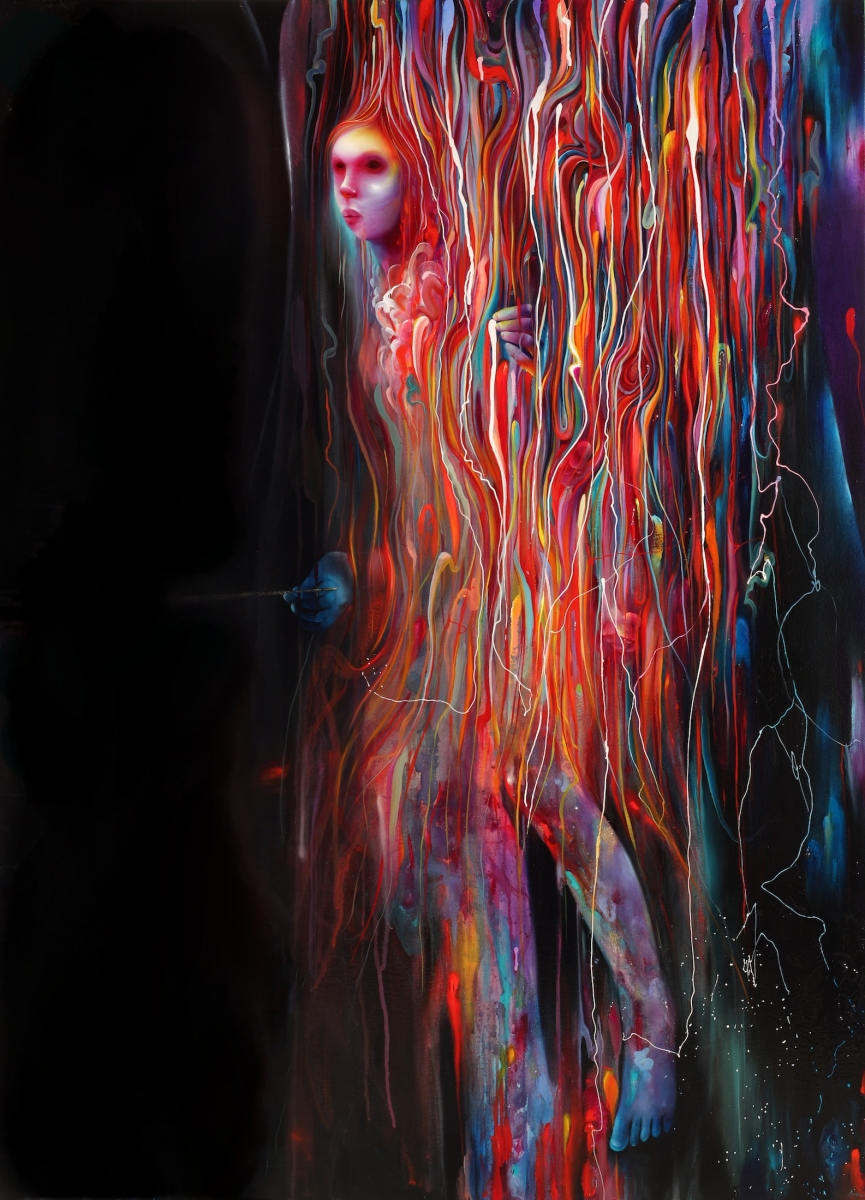 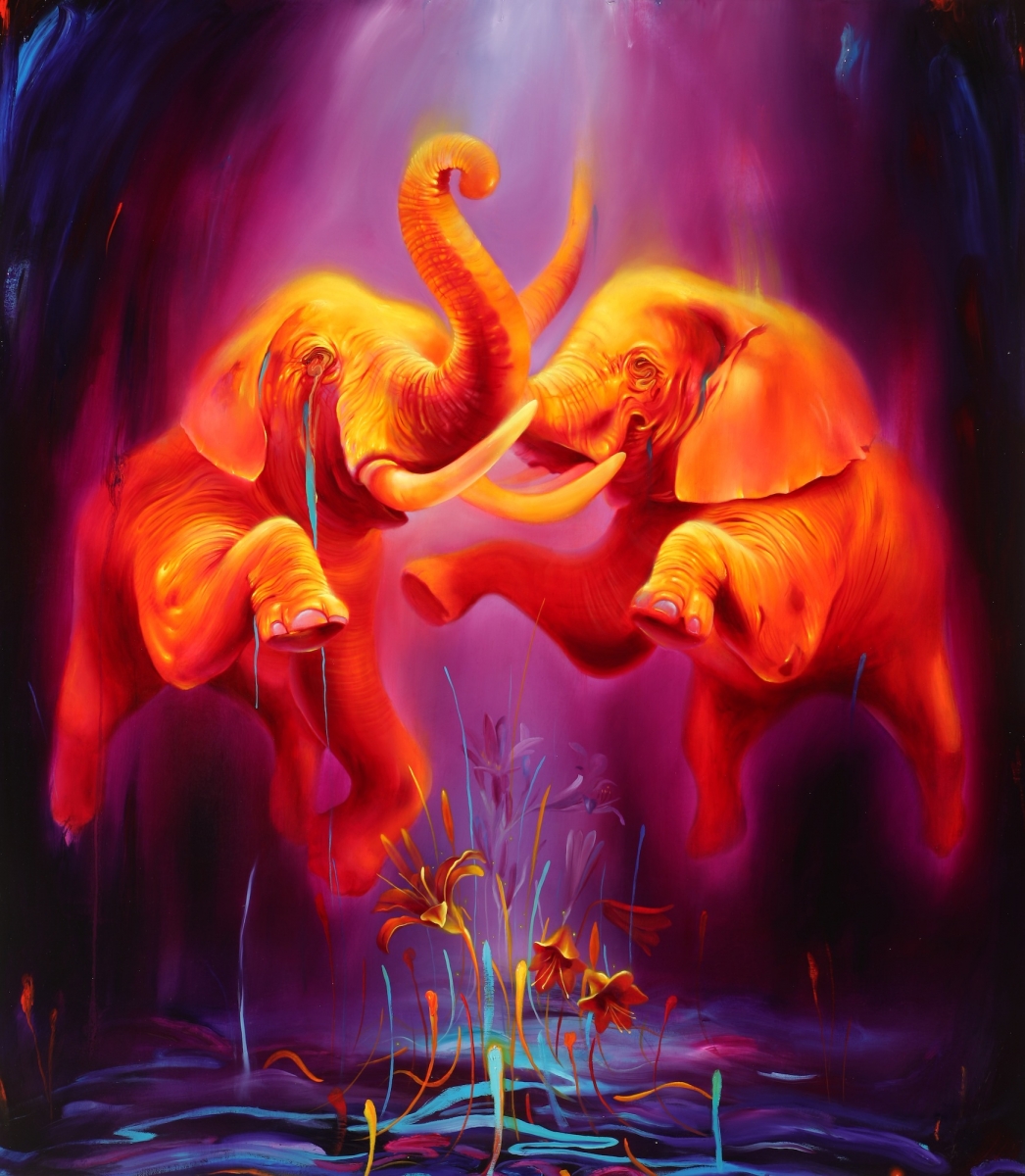 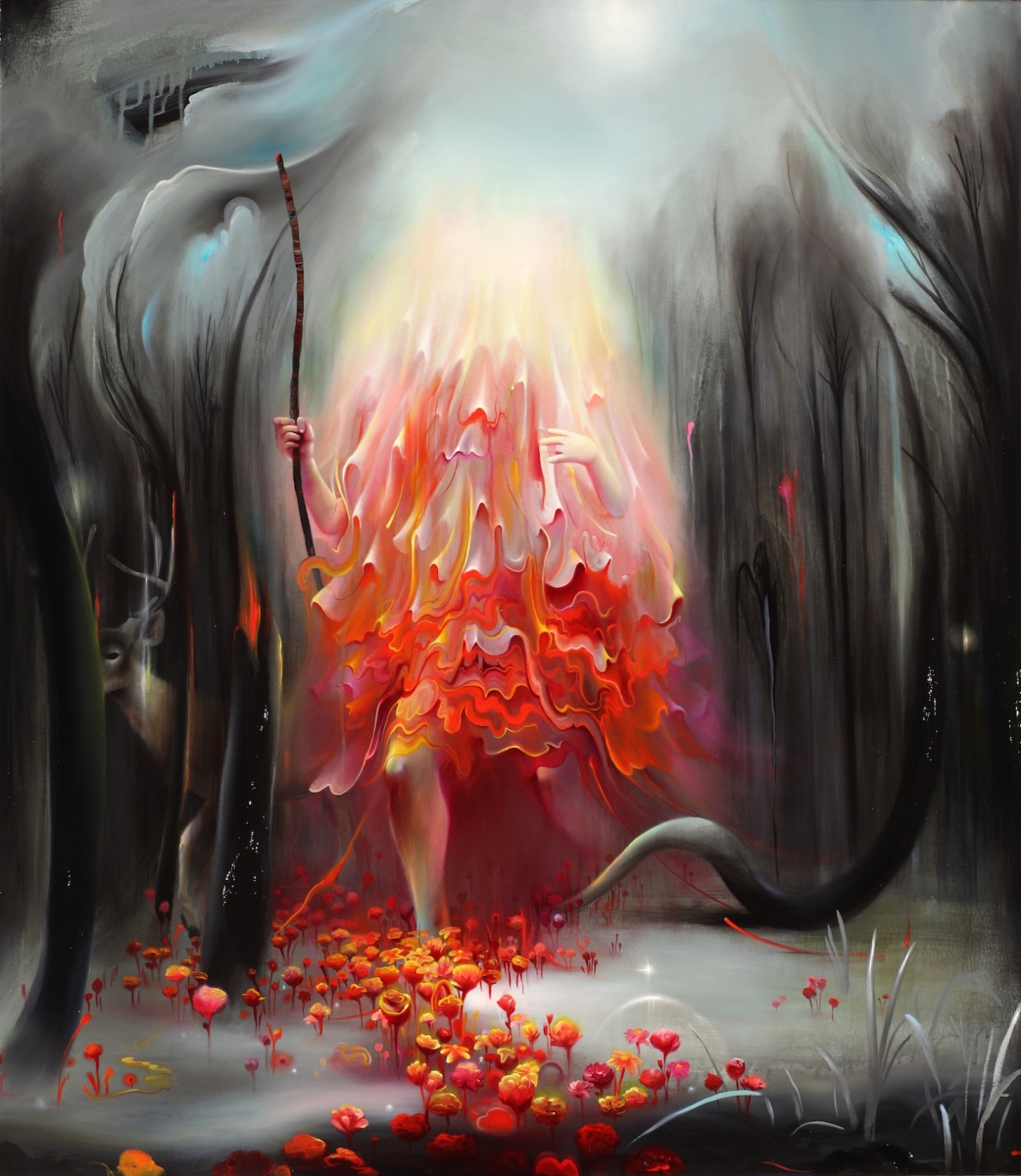