Nicomi “Nix” Turner is a San Francisco based illustrator, recognized for her intricately detailed botanical-scapes, Esoteric symbolism, provocative renderings of The Sacred Feminine, and “Anatomical Deconstructionism”.
Her works are created using graphite on paper in a way that has been described as a rare talent for manipulating and “painting” with the basic medium.
Turner moved from Southern Oregon to study at the California College of the Arts but left to pursue boundless creation as well as to pursue Commercial and Character illustration.
Creating earthen stark worlds, including elements of ferns, bones, flowers, fungi, moths, insects and birds, her illustrative hand has been recognized by many in the art world.

::: Inspiration :::
Turner cites anatomical studies, botany, and old religious practices as her greatest influences.
She often suggests that her mother, a teacher of Anatomy & Physiology, started the visual obsession with the human form, for the most part internally.
Botany is a recurring theme in Turner’s illustrations, to which she infers a sense of post-modern regrowth amongst portrayals of the human forms depicted in her pieces. 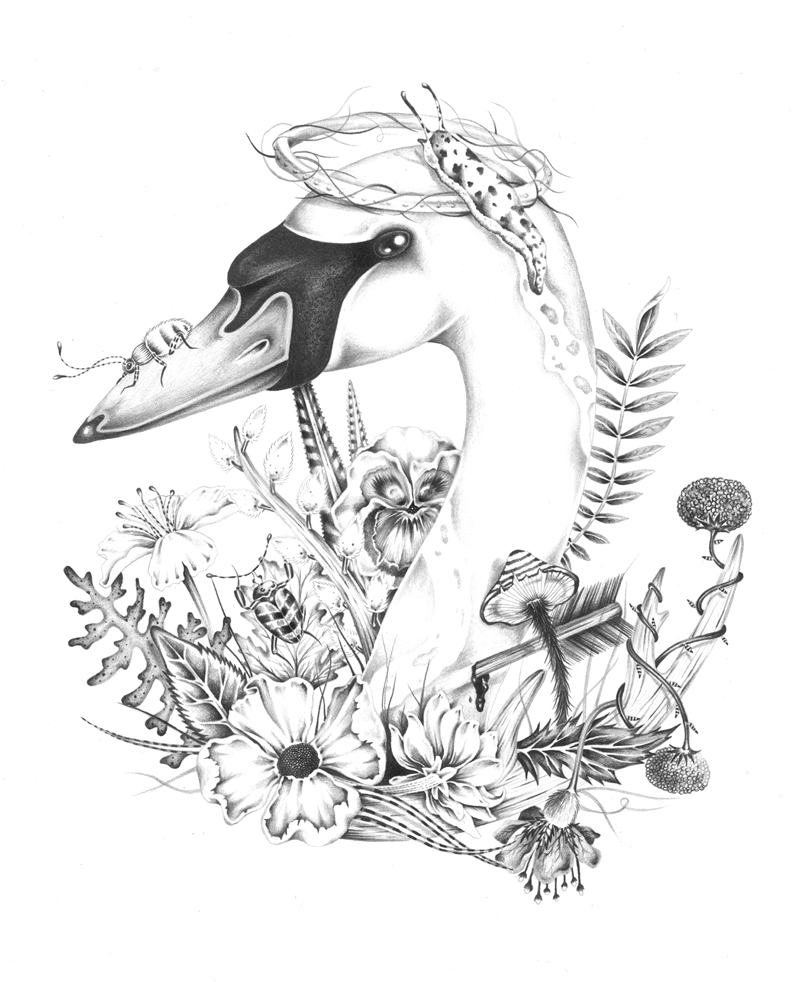 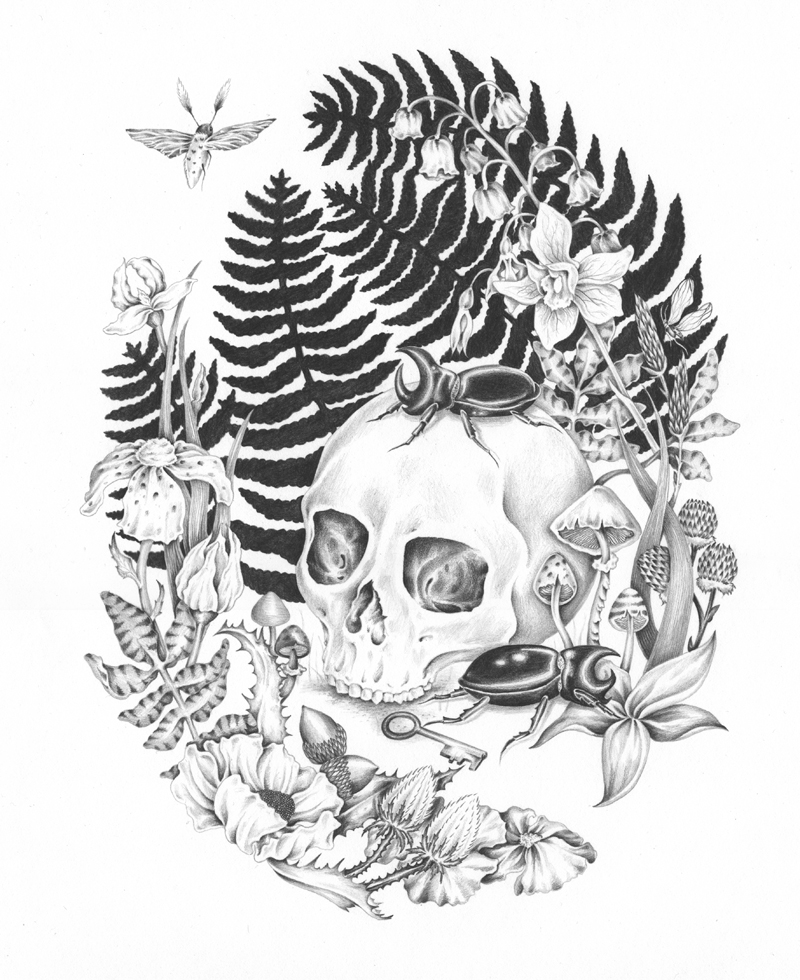 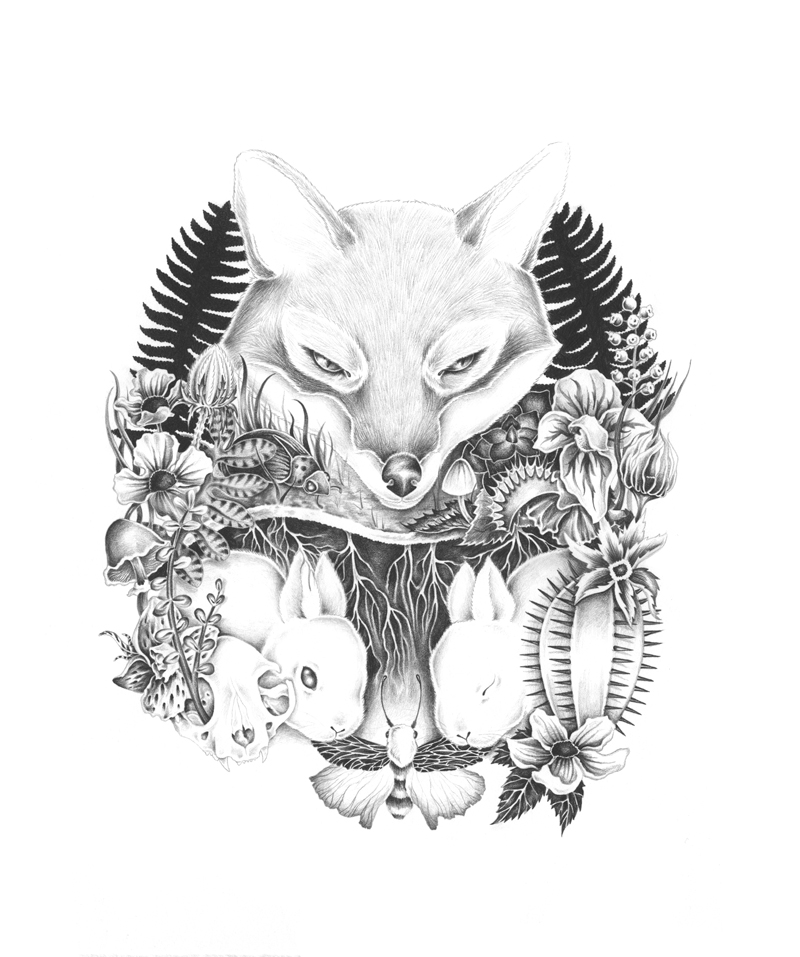 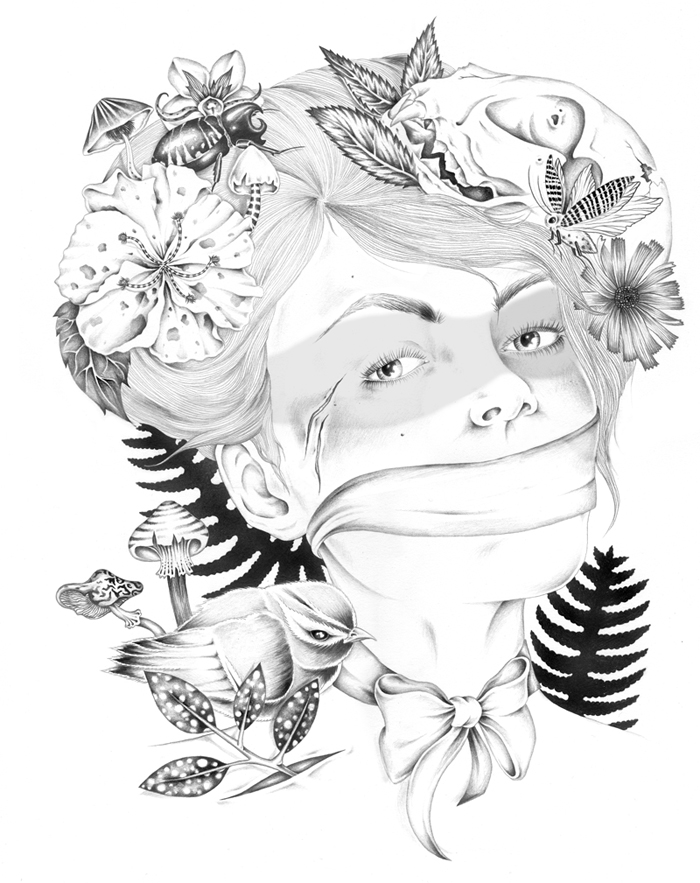 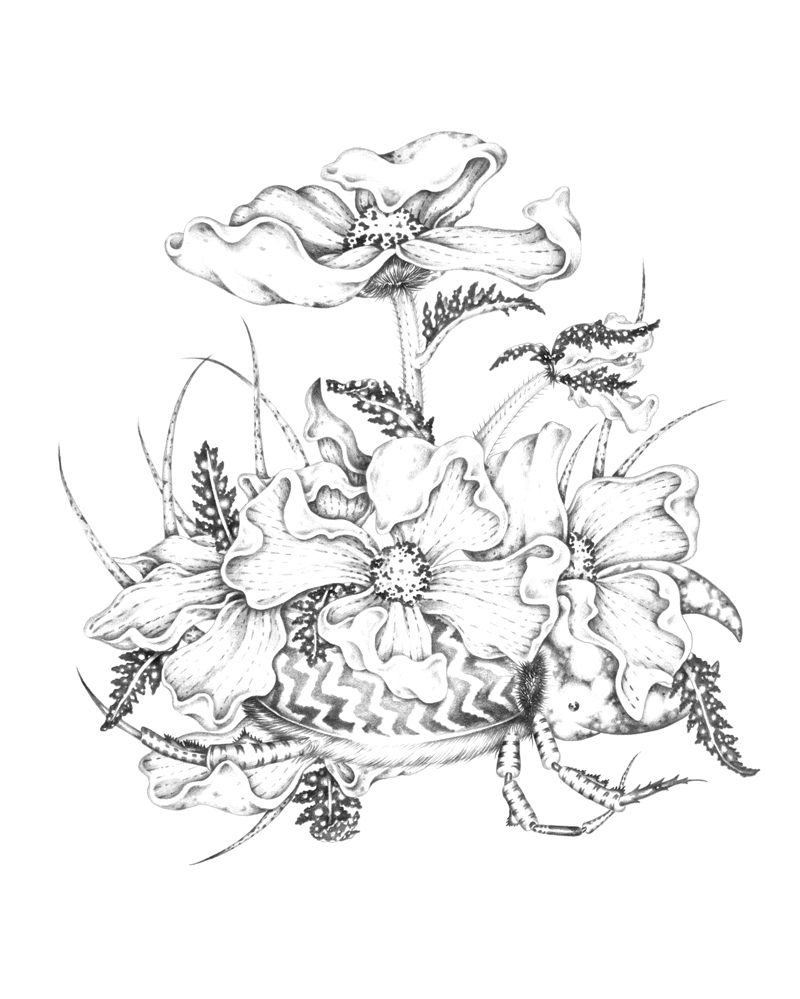 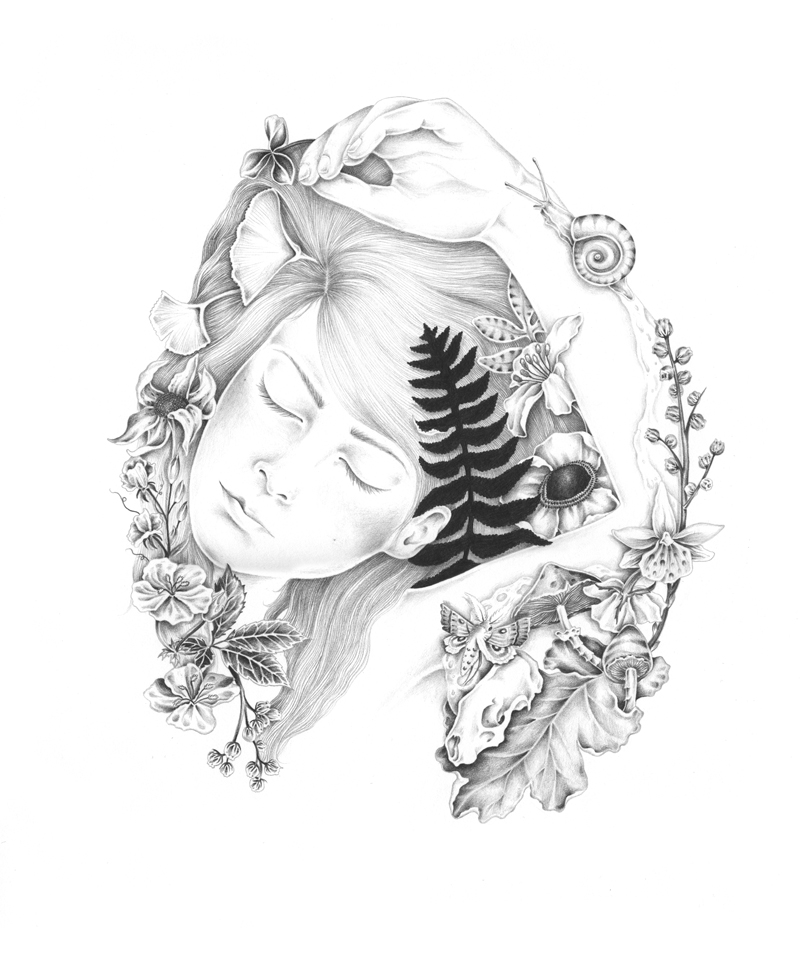 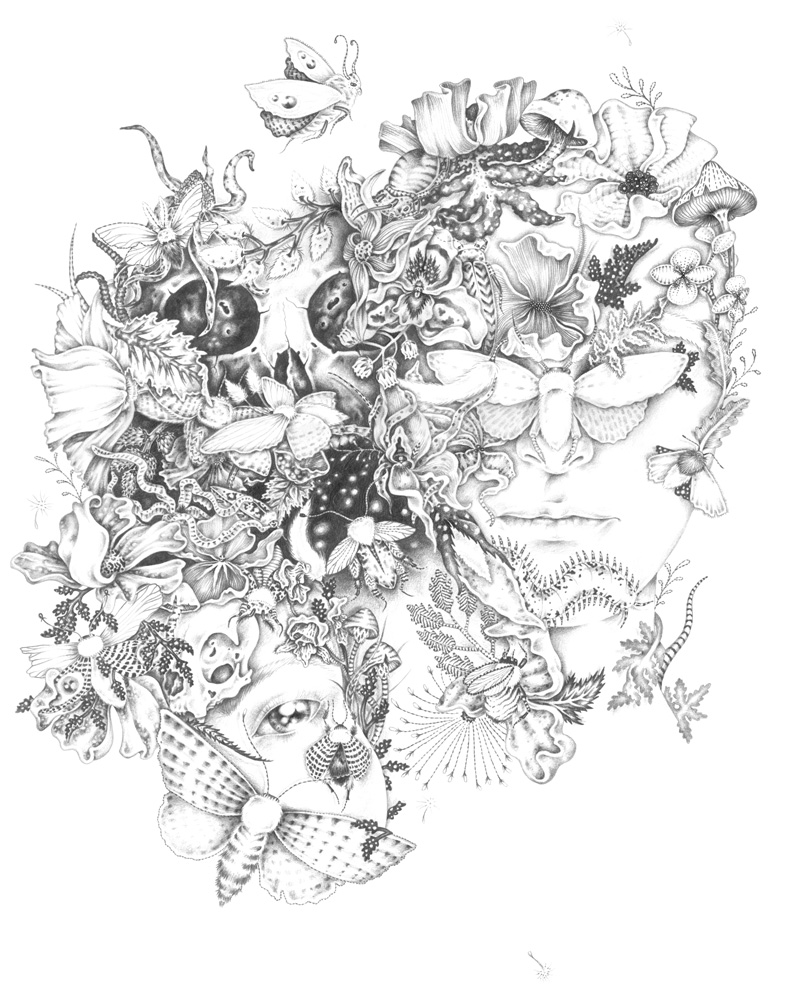 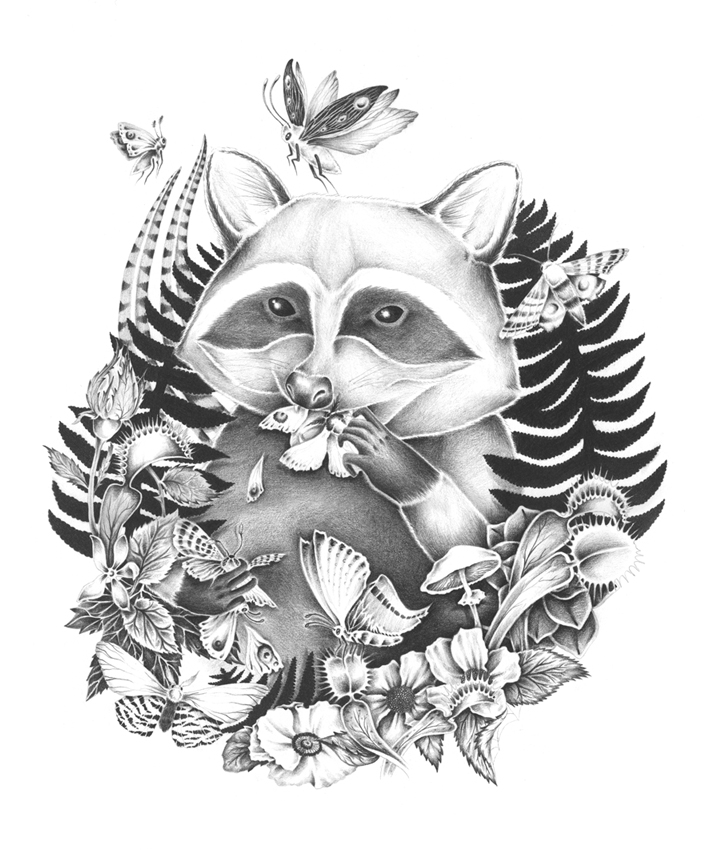 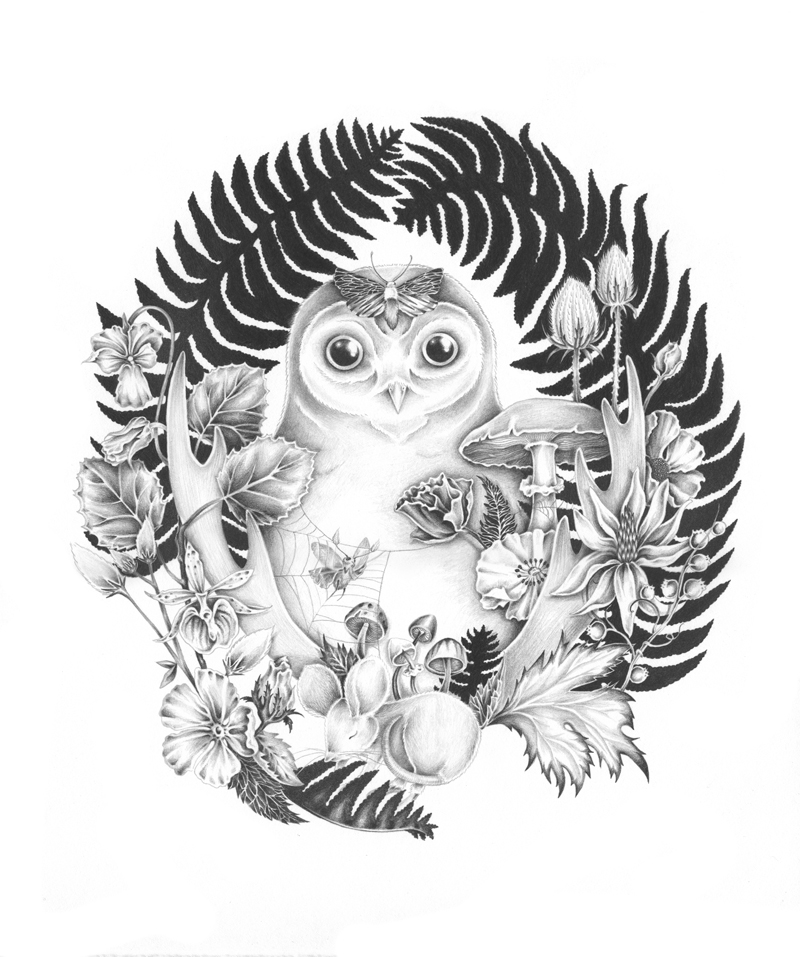 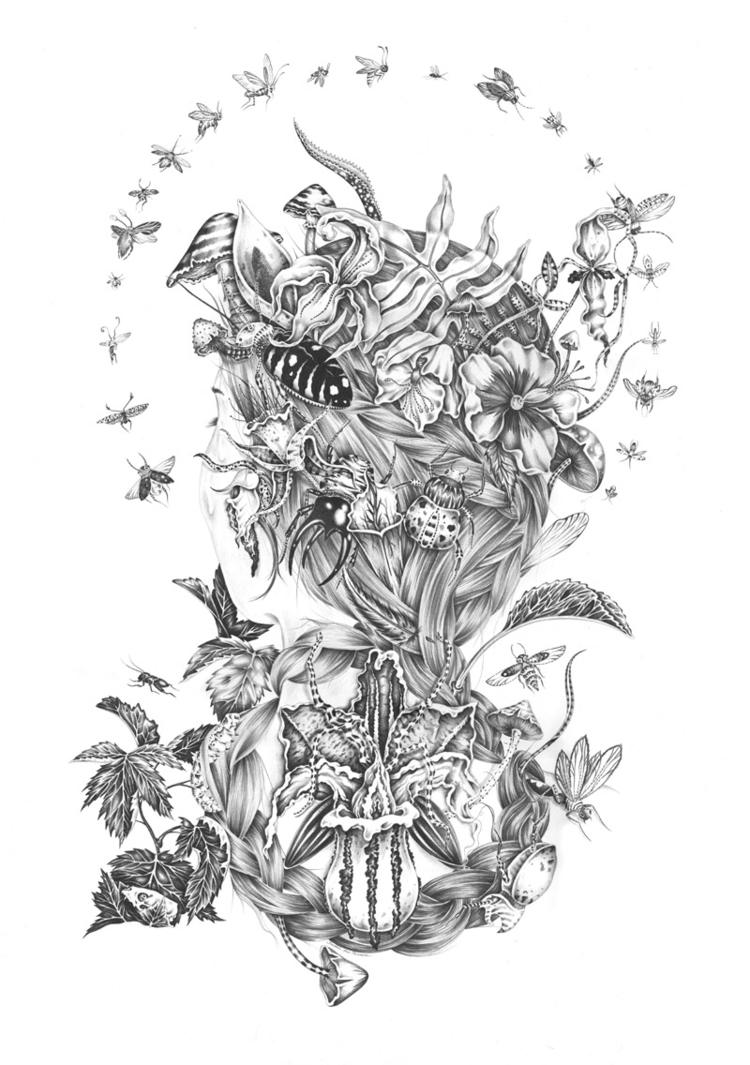