Riusuke Fukahori is known best for his resin-based studies of Japanese goldfish; “I am not a resin artist. I am a goldfish artist,” he has said. Fukahori alternates between pouring resin into a vessel and painting goldfish with acrylic paint, giving the resulting work a three-dimensional optical effect. Most of his works are contained in conventional household items, such as cups and bowls.

The artist was initially attracted to his goldfish because he admired them and viewed their domestication as a metaphor for the stifling conditions of modern life. Though he infamously keeps dozens of fish around his studio for observation, Fukahori prefers to execute his works from his impressions and memories, and depicts both existing species of fish and invented hybrids. 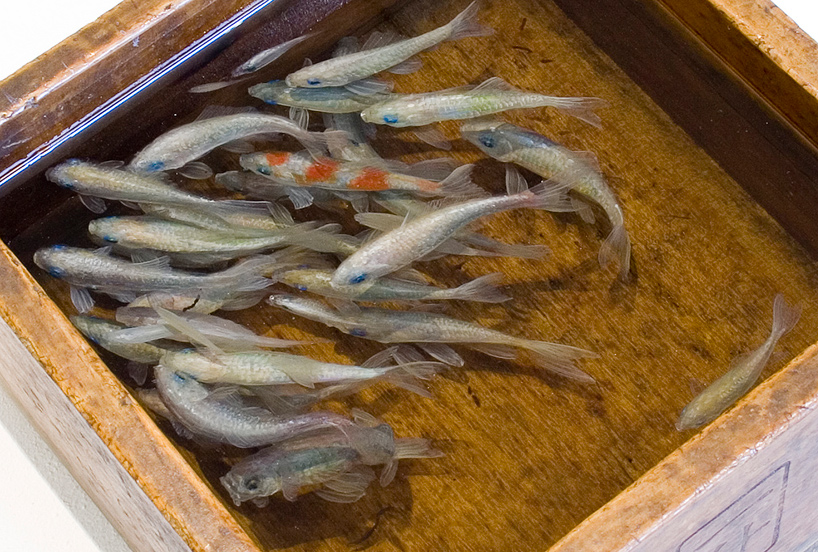 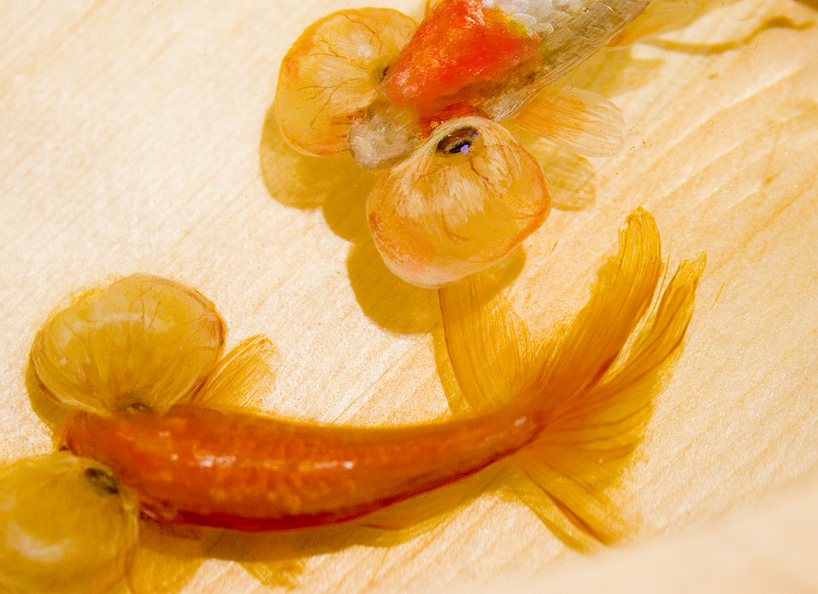 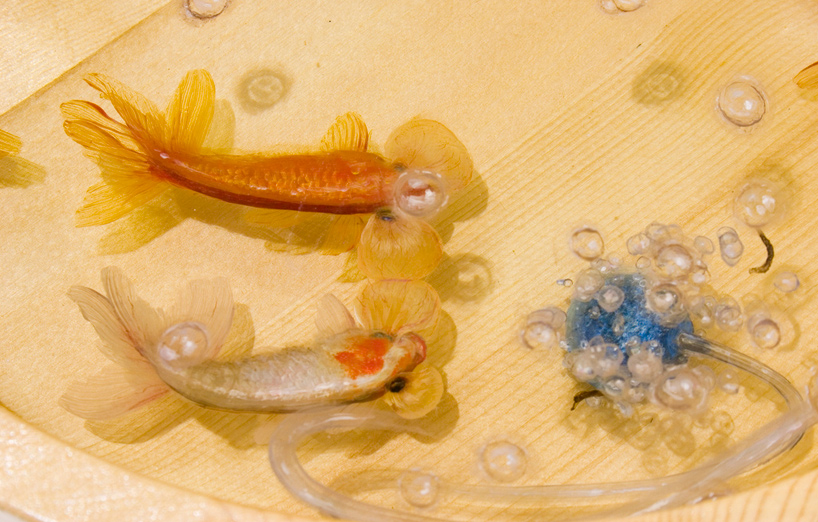 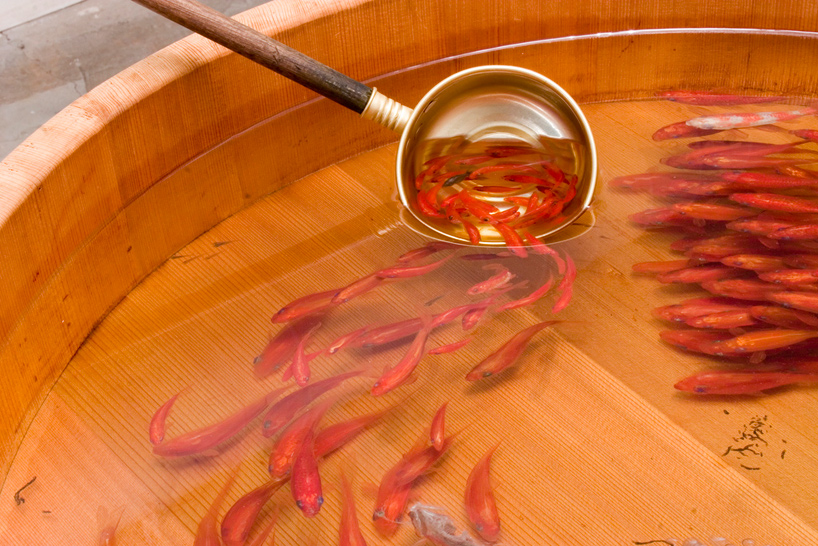 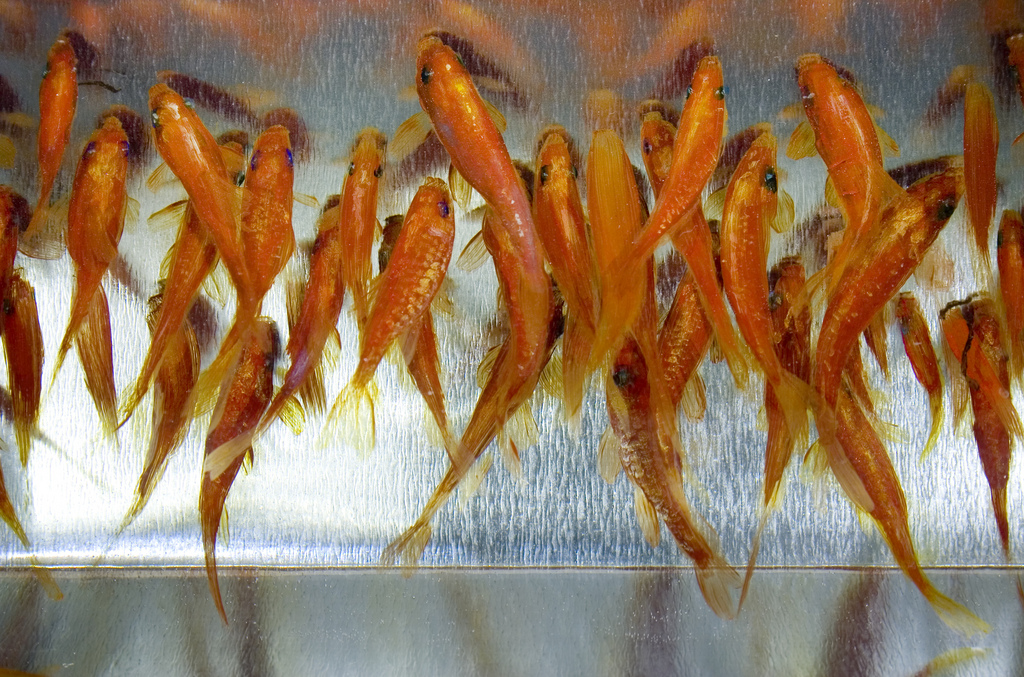 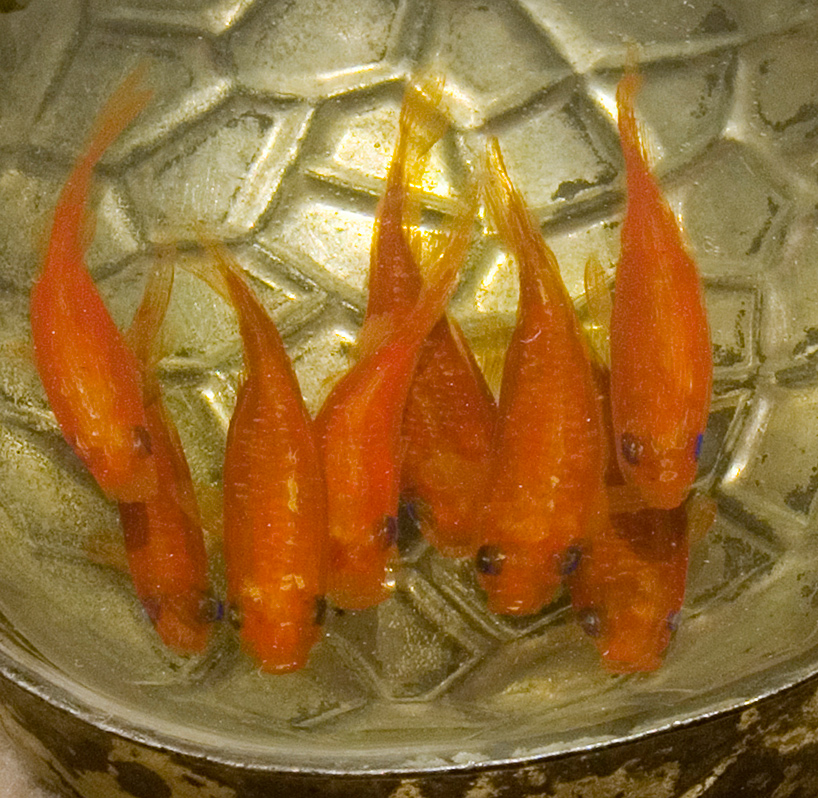 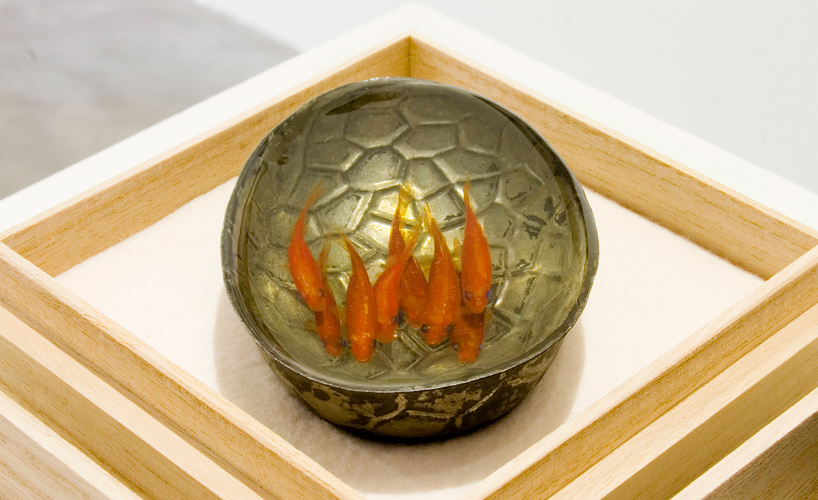 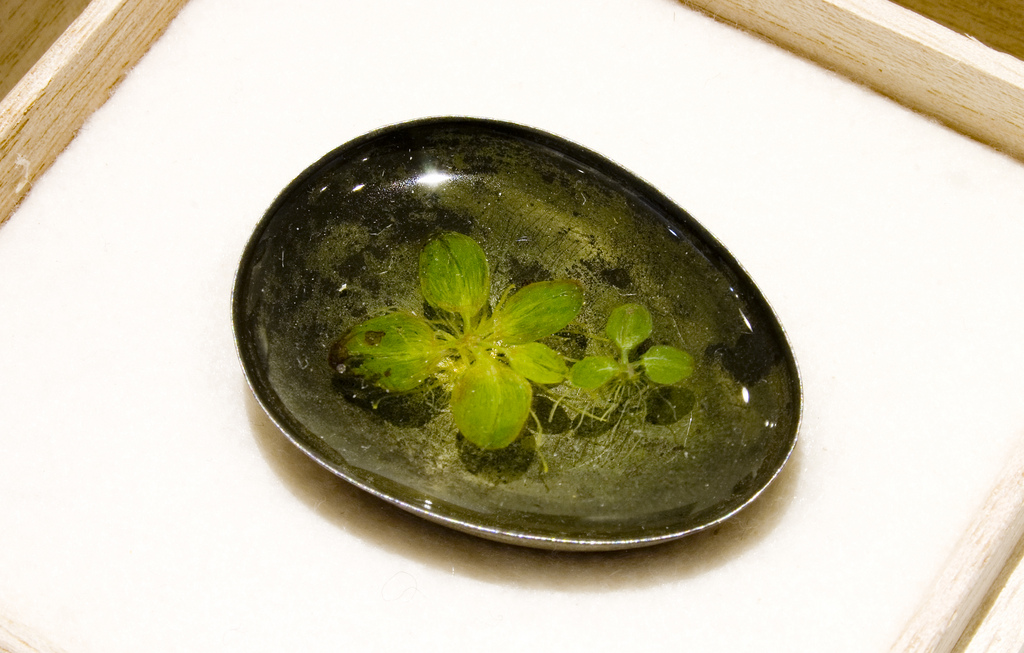 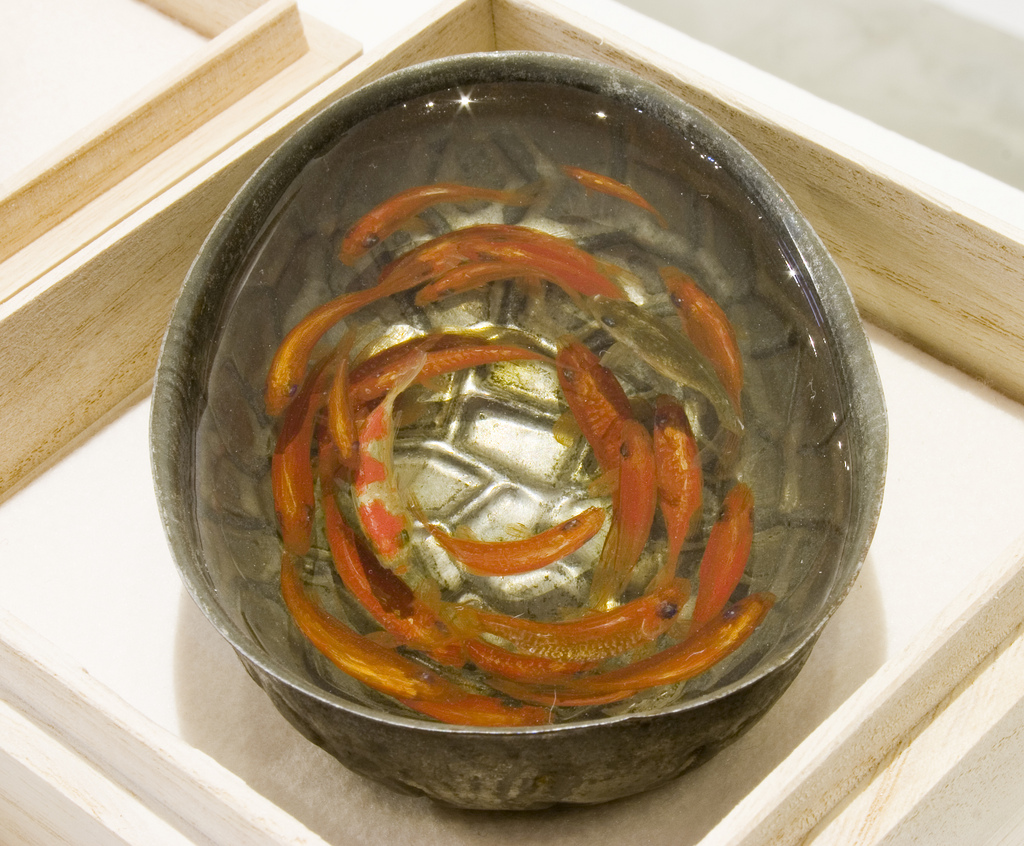