Colorful, surreal, filled with sinuous lines and futuristic details, the fantastic digital imagery of Tomasz Maronski is informed by the closely observed natural world. His works have an essence derived from living matter that adds to their mysterious power. Sophisticated composition and color give his digital paintings tremendous impact. But the most powerful thing about these works is the imagination producing them.
Maronski is an illustrator whose work frequently decorates the covers of science fiction and fantasy books in both his native Poland and the United States. He also creates powerful images for European mobile phone carriers; advertising agencies; film, and animation studios, such as Human ARK, Platige Image, and Virtual Magic; and computer games companies, such as Cenega, Techland, and Uselab. Among his international clients are Imagine FX, Digital Art Masters, Ballistic Publishing, Laser Books, and Asimov’s Science Fiction magazine. In 2008 Maronski received the reader’s award for best cover from Asimov’s.
“I like to reflect my imagination in my art,” the artist says. “I’ve lived in a world of fantasy as long as I can remember. Now that I’m an illustrator, my passion has become my profession.” His enthusiasm for science fiction and fantasy art is obvious in the elaborately detailed worlds he creates in every painting he does.

“I love what I do,” he admits. “To do this kind of work has been my desire and passion for many years. I work eight hours a day, and have a wonderful time listening to moody music and making my paintings.”
Maronski is a longtime fan of science fiction and fantasy film, literature, and gaming. “I like the specific atmosphere and sophisticated reality. I also think that my imagination and my ideas, which are represented in my art, were influenced by those genres.”
Originally trained in traditional art techniques, Maronski enjoyed the expressive range and richness of oil paints. “I painted on canvas for almost ten years,” says the artist. “During that time I always tried to improve my technique. I’ve always searched for the proper and unique way of expressing either my personality or my ideas, which are reflected in the visions of my imagination.”
However, Maronski acquired digital skills when the pressures of work became too demanding. “My adventure with computer graphics started when I realized that although I had the ability to create oil paintings, I didn’t have enough time to do them and meet deadlines,” he explains. 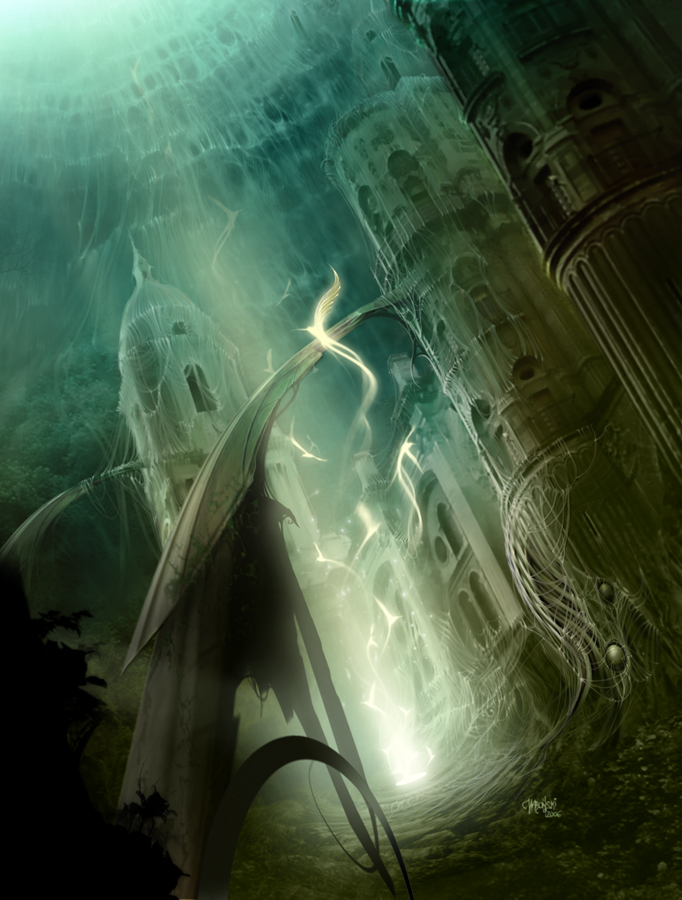 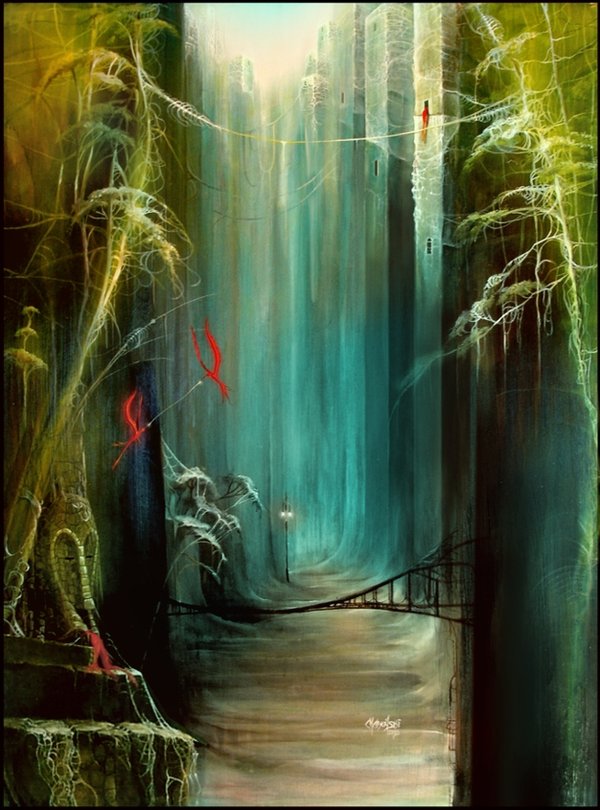 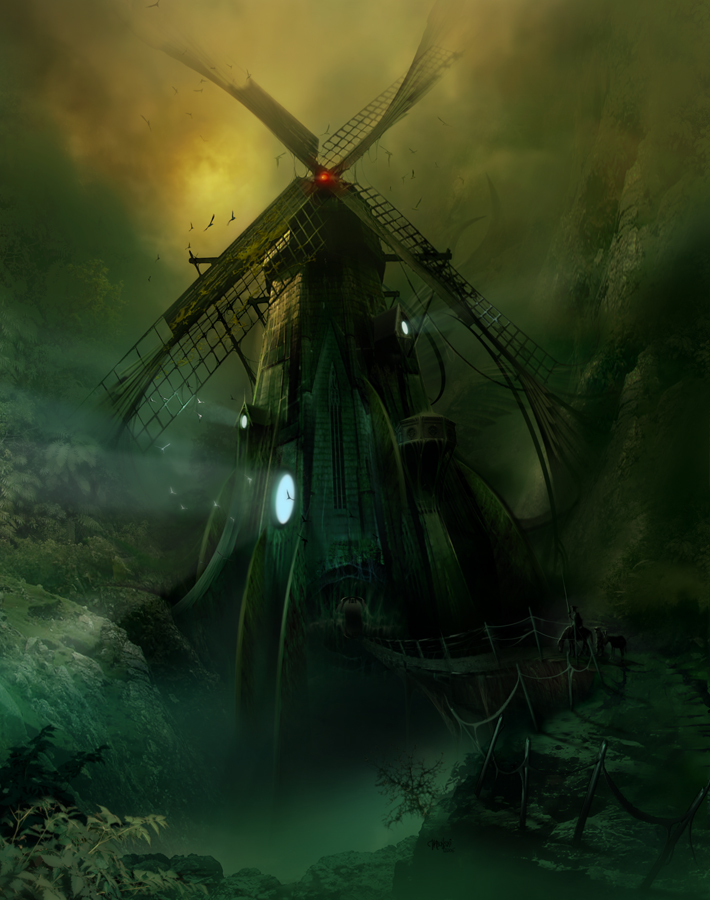 Maronski enjoys creating backstories and history for his images, and rarely runs dry. “Over the years I’ve had a lot of ideas and conceptions. I invent the history behind my subjects. Some ideas I haven’t used yet but I’m sure they’ll come in handy in future paintings,” he says.
“Nearly all of my works share the themes and atmosphere of fantasy and the world of mystery. I’m very happy when some of my works have some hidden plot and they can tell the viewer some extraordinary story.”
Maronski often bubbles over with ideas and keeps the ones he doesn’t use in reserve. “My painting is always on the move,” he says. “Those ideas which I haven’t used yet will provide materials for future masterpieces.
“I see inspiration everywhere,” he adds. “For example, in Bone Hill, I got inspired from the skeleton of a fish whose flesh my wife and I ate for lunch at a restaurant. Despite my wife’s protests, I smuggled the skeleton out of the restaurant and back home to photograph it. I can make paintings with reference to any subject, but my attitude and mood varies the artistic viewpoint—which gives me more ideas!” 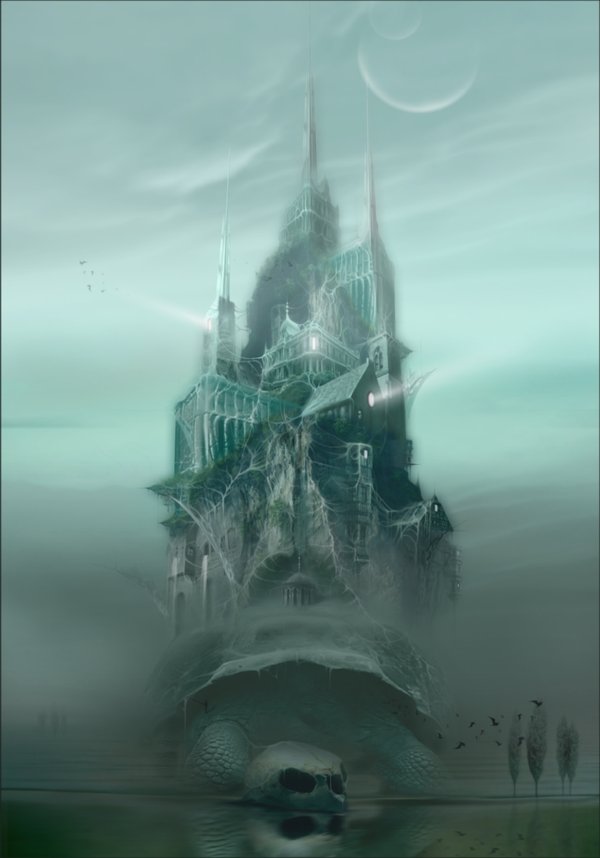 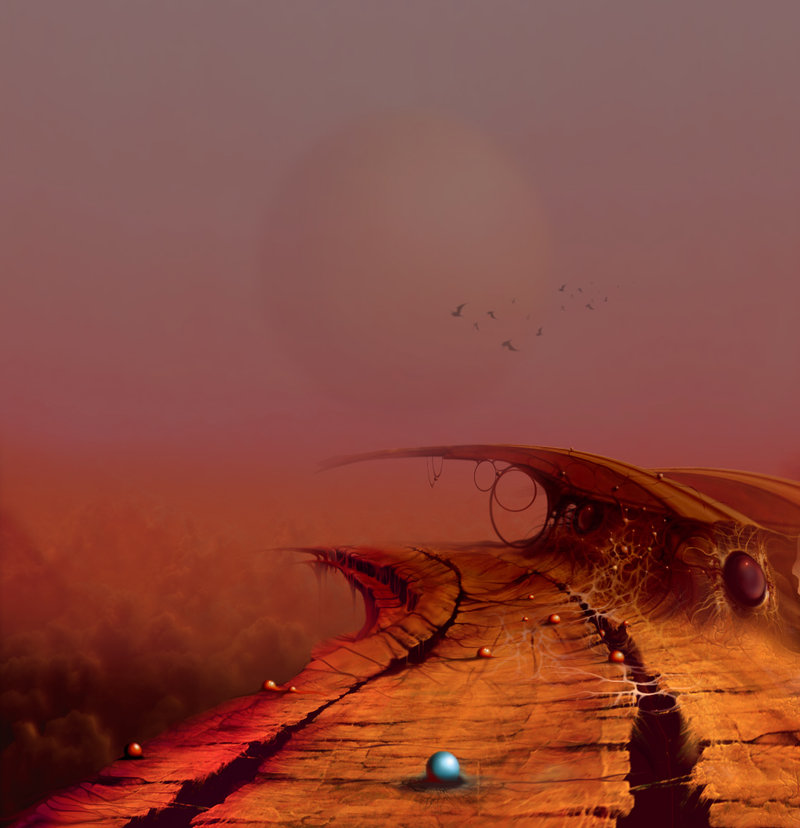 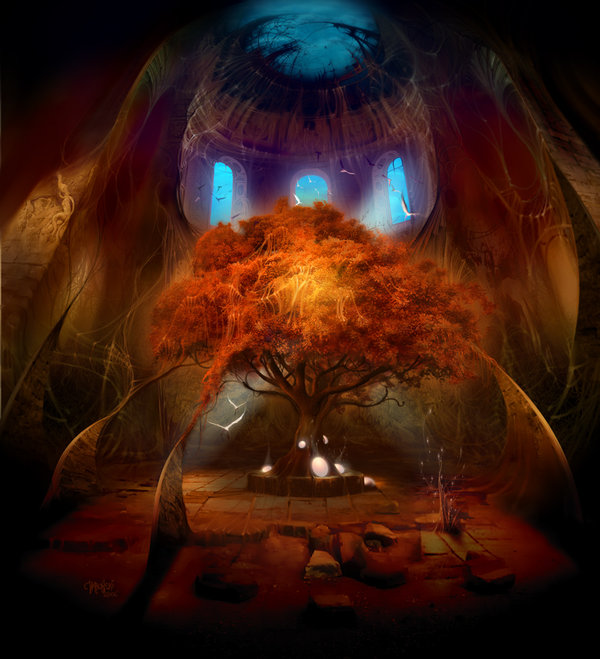 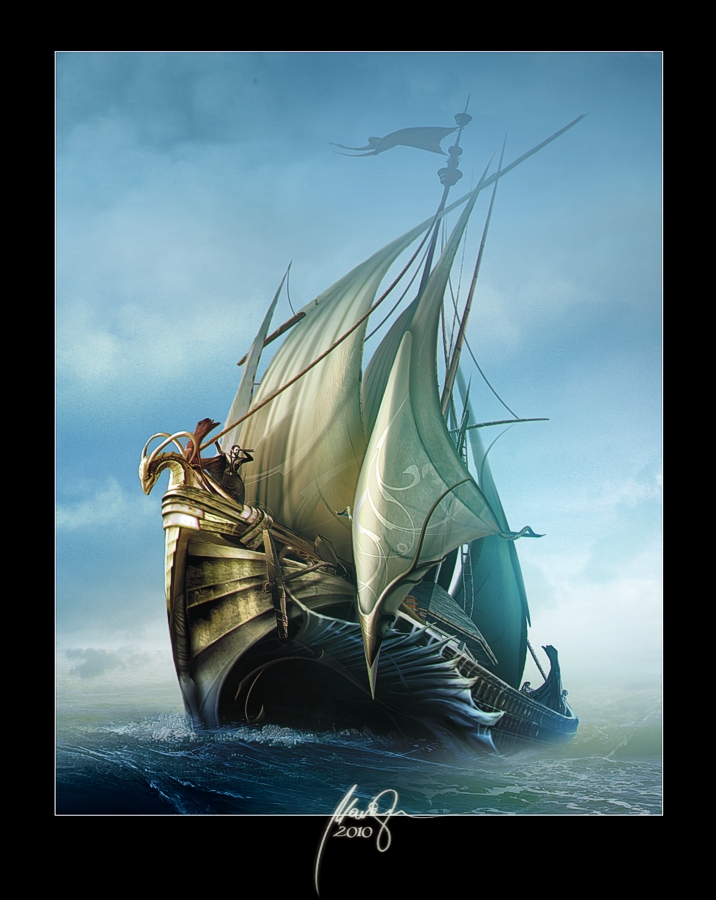 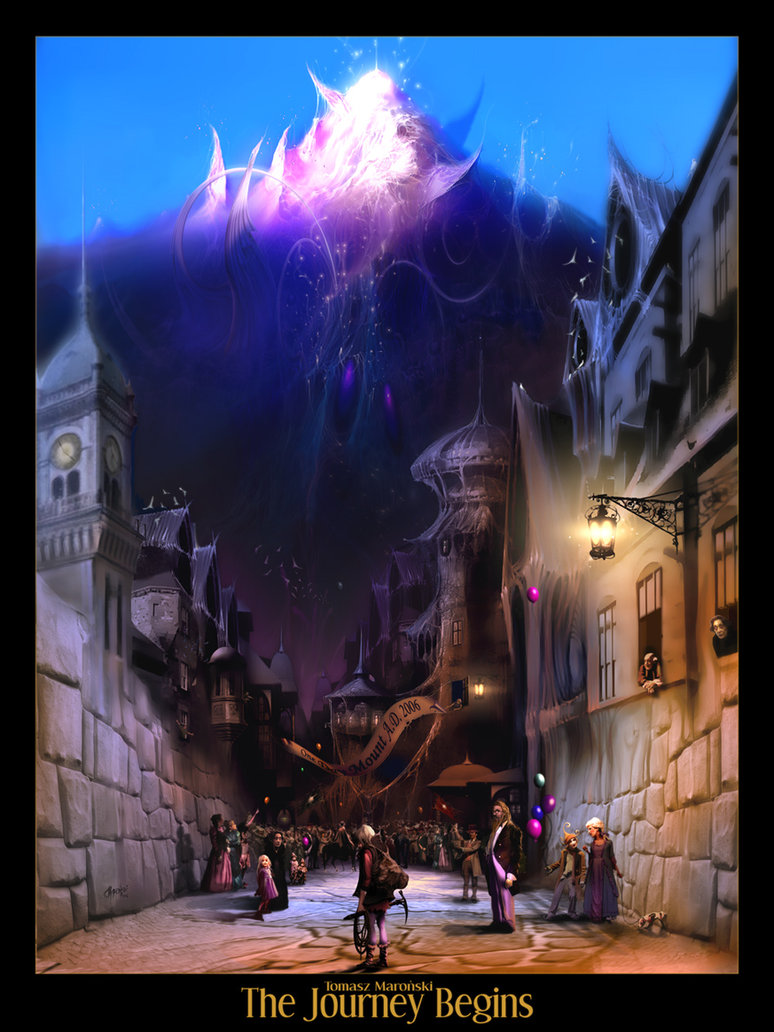 Maronski’s favorite digital tool is Corel Photo-Paint. “I’ve worked with Photo-Paint as long as I’ve been doing digital work,” he notes. “I like it the most because it has so many useful tools.
My favorite among them is the airbrush. It allows me to create very smooth strokes. Another tool I frequently use is the color balance option, because I consider color to be the most important feature of my illustrations.” Maronski knows that Photo-Paint doesn’t get much love from digital artists in general, but that doesn’t bother him. “Over the years I’ve met a lot of people who think that Photo-Paint is worthless, and almighty Photoshop is the only reasonable software to use when it comes to digital painting,” he says.
“But, from my point of view, it’s simply a matter of what software you had at the beginning.”
As much as he enjoys the act of painting, he enjoys finishing each work even more. “The greatest pleasure for me is when I can look at the finished work,” he says.
“I enjoy it whether it’s on TV, on a book jacket, or on a box at the video game store.”
His imagination takes even this pleasure to a new, science fictional level:
“That said, the absolute greatest pleasure would be the possibility of meeting myself in the past,” he says, “at the time when I hadn’t even thought about becoming an illustrator, and presenting myself with some of my artworks from the future.” 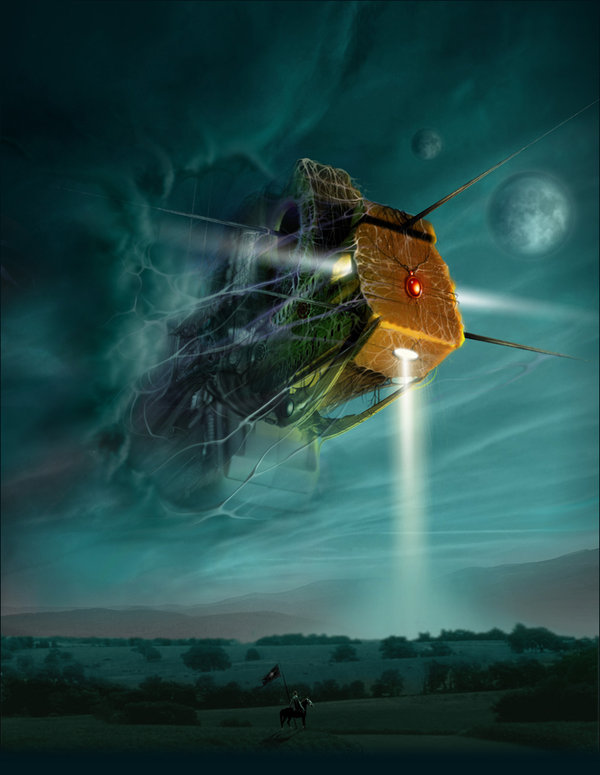 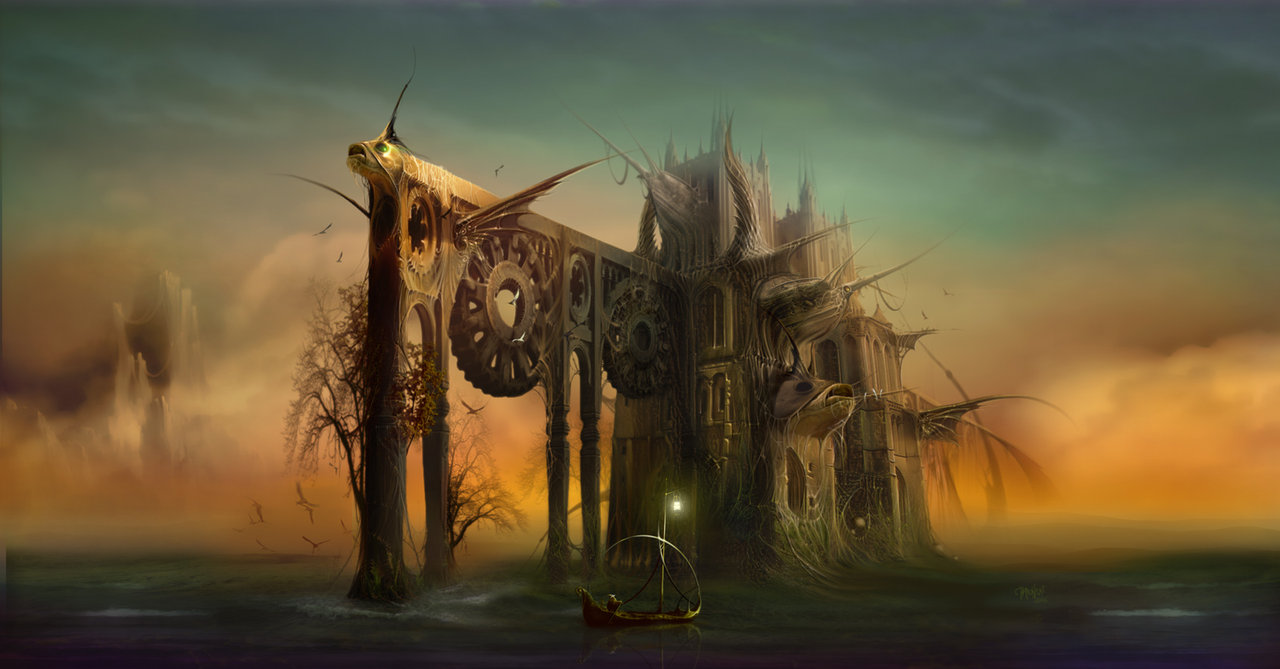